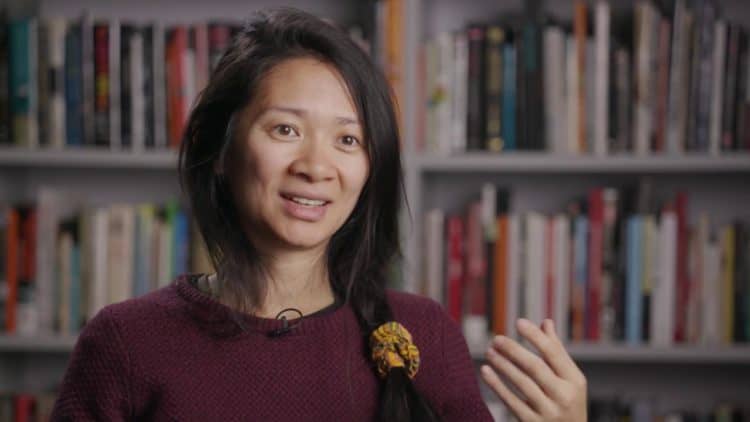 Chloe Zhao is a history maker. Of course, she is many things, but history-maker is the biggest, best, and coolest title she’s picked up in 2021. The director has a long history of making wonderful projects in the film industry, but she made history several times over in 2021 for her film, “Nomadland,” when she was nominated alongside Emerald Fennell for Best Director awards for the 2021 Academy Awards because this is the first time in the history of the Oscars that two women were nominated at the same time for Best Director. She made history when she won a BAFTA for directing and became only the second woman to ever win. She also made history for being the first Asian woman to ever win the award. She also made history when she won a Golden Globe for best director – Barbra Streisand is the only other woman to ever win (and her win came in 1984). Chloe Zhao is making history in 2021, and it’s time the world learns everything they can about her.

1. She Was Born in Beijing

Zhao was born in Beijing, China on March 31, 1982. She was born Zhao Ting, which is her given name. She grew up with her mother and father. Her mother worked at a hospital, and her father was a top executive at a Chinese steel company.

2. She Was Not the Best Student

Zhao did not live up to expectations as a teen. She calls herself lazy at school. She also considered herself a rebel when she was growing up. She did not do well as a teen, and that caused her parents to choose to send her to an English boarding school in the UK when she was only 15. She didn’t know a word of English, and they still sent her.

When her parents made the decision to end their marriage, her dad remarried. The woman who became Zhao’s stepmother was a woman she grew up watching on television as a child. She was a huge fan of her stepmother before she ever met her – or before her father ever met her. Her name is Song Dandan, and she is a comic actress.

4. She Finished High School in the States

When her parents shipped her to London to attend boarding school at the age of 15, she couldn’t speak any English. However, it was only a few years later that she made the decision to move to Los Angeles to finish out her high school career. It was a big, bold move for her.

5. She Went to College

Finding that most of her influence in the entertainment industry came from western influences, coming to the states and heading off to college in America was an easy decision for the director. She earned a degree in political science from Mount Holyoke College (she had to go to Massachusetts for that one). She then decided to study film, and she enrolled in courses at the NYU Tisch School of the Arts.

Now that she’s in her late 30s, she’s settled down in her life where she feels happiest. She lives in a house in the mountains just outside LA in a city called Ojai. She lives with Joshua James Richards, the man with whom she’s dated for some time. Together, they have created a home they love, and they have two dogs.

7. She is a Homebody

Chloe Zhao prefers home over any other location. While she does enjoy travel and seeing the world, she’s happiest at home. She likes to be around her belongings and the life she’s created for herself.

8. She Lived Alone in Her Senior Year of High School

When we mentioned that she moved to LA for her last year of high school, you probably assumed her family moved to the states or sent her to a boarding school of some sort. You’d be mistaken. She came to LA on her own. She lived in a studio apartment, and she was responsible for herself.

Chloe Zhao lives a very public life, but she’s a very private woman. She prefers to keep to herself. Her personal life is very important to her, and her privacy is equally important. She’d like to keep it that way, but she’s finding it more and more difficult now that she is Hollywood’s unofficial woman of the year.

10. She Met Her Love in College

When she met the man she currently lives with, they were both at NYU. He was a student from England, and he thought she was ‘gnarly and extreme,’ and he loved that she was not a talker. She was a do-er. While others were discussing their dreams and hopes and ambitions over coffee and cocktails, she was out making them happen. He loved that about her.