Home
Movies
How About Chris Pratt or No One Ever Play Indiana Jones, Ever? 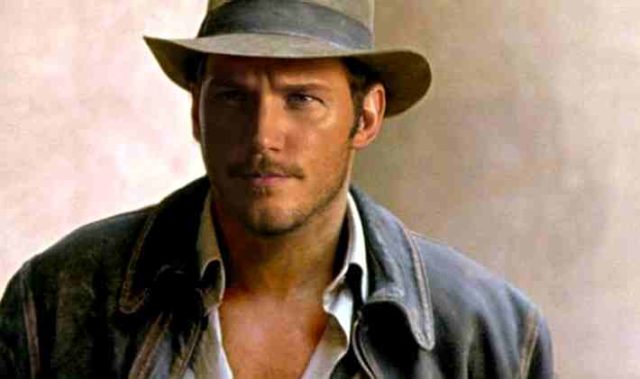 So I just read an article on Comic Book that made an extremely solid argument on why Chris Pratt would make a perfect Indiana Jones.Â  And you know what?Â  I 100% agree with it.Â  Every single point they made was valid.Â Â  In short the article argued for the following points about Pratt that you simply cannot deny.Â Â  He’s got the charm.Â  Check.Â Â  He’s already working with Disney.Â  Check.Â Â  He’s already kind of like a Harrison Ford for a new generation.Â  Check.Â  And my own person point would be that he’s got the looks for the part.Â Â  Add all of these up and it’s a no brainer that Pratt take over the role that Harrison Ford has so beautifully played since the early 80s.

But here’s my beef.Â  And I’ve already discussed this earlier today.Â  While I’ve softened up about reboots there are certain movies and television shows that I personally think should be left alone.Â  There’s only one exception with regards to a long running series that has different actors in the same role:Â  James Bond.Â  Actually Doctor Who counts also but I’m talking about movies.Â  Seriously, Bond is the only one where this is allowed.Â  Is Indiana Jones a James Bond type of franchise?

I mean technically I guess you can do this by putting Pratt in the role for a couple of films and then move on to another Indiana Jones following the same formula as Bond.Â  As I write this I realize it’s not even a bad idea.Â  Actually it’s probably a money making machine of an idea.

Still though, the sentimental side of me wants to keep Indiana Jones as three phenomenal movies that we can always talk about and revere.Â  That’s right.Â  I said three movies.Â  The fourth one didn’t and never will count.

So whether or not the studios go ahead with a continuation of Indiana Jones isn’t up to me.Â  In fact if one gets made with a new actor I’ll probably cave and go see it.Â  But that won’t change the soft spot I have in my heart for classic Harrison Ford Indiana Jones.