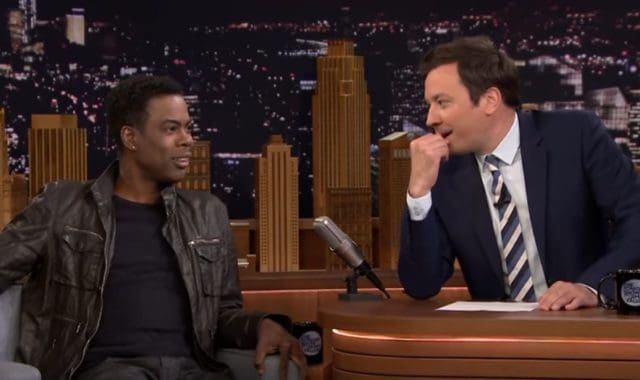 Chris Rock is coming back to the comedy scene and in a big way.Â  The comedian has announced two comedy shows to take place this fall at Oakland’s Paramount Theatre. The shows, to be held on October 26 and 27 at the East Bay venue, are part of Rock’s national Total Blackout Tour. In December, he had announced earlier 2017 tour dates; the new Oakland dates were only more recently added. For the tour performances, Rock promises “all new material” – some of which will appear in upcoming Netflix specials.

To promote his comedy specials Chris Rock stopped by The Tonight Show to chat with Jimmy Fallon.Â  By far the highlight of the night came when Fallon asked him about the final Obama White House party.Â  Rock dished on some inside information about the party as well as some advice he gave to former first lady Michelle Obama.

“Michelle Obama’s like, ‘I don’t know what we’re gonna do, this is such a crazy time,’ and I go: ‘you’ll be aight!’ Then I said, you’ll get any kind of job you want. The View, The Housewives of Atlanta… And Michelle Obama looks at me and goes: ‘I wasn’t talking about me, I was talking about the country.’ I never felt so stupid in my life.”

Check out the full interview below: