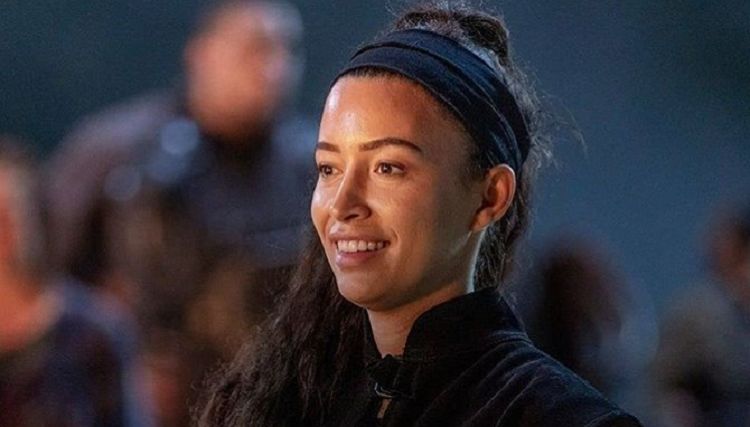 When you’re this talented, you get to have any role you want. That’s how Christian Serratos is currently living her life. She’s been in “The Walking Dead,” as Rosita, and she’s been in “The Twilight Saga,” and she’s been in everything in between. But, what’s really impressive about this lovely actress is that she’s been tapped to take the part of Selena in the new Netflix show based on the life of the famed late singer – portrayed by none other than Jennifer Lopez in the movie about her life and untimely death. This is a huge role, and it is one that she never dreamed she would take on. She’s about to be very, very famous, and we want to know more about her.

If you use the term overachiever, you might find a photo of Christian Serratos next to the definition, and we love it. We will get more into that later, but our point here is that she’s lived a very full, very successful life already, and she’s only 30. She celebrated her 30th birthday on September 21, 2020 (she was born in 1990).

Born in Pasadena, California, and raised in Burbank. She didn’t go too far from her place of birth to the place she grew up. She was able to spend her childhood living in one of the most sought after areas of the country, close to LA, close to the beaches, close to all the opportunities that living near Hollywood has to offer. It’s a lovely place to call home.

Her mother is Mexican and her father Italian, and those two nationalities clearly go quite well together if their daughter is any indication. Her mother is a PR and marketing agent and designer of jewelry. Her father worked in the construction industry building sets for movies and television shows. It’s a good line of work, and very exciting to get to work on things like that.

Not only is Serratos a wonderful actress, but she’s also an accomplished athlete. She began figure skating when she was only 3, and it was absolutely in a competitive manner. She did this most of her childhood, and she said that her coaches wanted her to go to the Olympics. She did not, but she had a great time and she was clearly very good at the sport.

She was a competitive figure skater at three, and that wasn’t enough to keep her busy, apparently, so her parents signed her with Ford Models when she was seven. It’s ambitious, but she got a great start in her modeling career.

Honestly, Maxim said so. She was named 65th on the Hot 100 list back in 2010. She was only 20 at the time, and she was clearly ready to take on the world and make her mark. She was also featured in Playboy in 2015. They put her in the section titled, “After Hours,” which we don’t know much about, but she is still hot enough to make it into Playboy.

Animals are her jam, and we feel that. She not only loves them, she loves them so much she’s looking to save as many of them as she possibly can. She’s worked with PTEA to help make sure that people understand the importance of a vegan lifestyle that leaves meat off the table – literally.

She isn’t married and we don’t think she’s engaged, and we aren’t even sure if she and her longtime boyfriend are still together – she’s a private person. But, she does have a daughter, and she was born in 2017. She made the announcement in March 2017 and had shared a photo of the new baby by May of the same year. Her baby’s father is David Boyd.

9. She’s Always Been a Selena Fan

She knew of Selena when she was young, even though she was only five when the singer was killed by a fan. She knew the music, she knew the talent, and she would listen to her sing via YouTube when she was growing up. To one day get to tell the story of this beautifully talented woman’s life is something she never thought would happen, and it’s a dream come true.

It’s strange to us to see how much this actress looks just like the singer. She was only 23 when the former president of her fan club shot and killed her, and she never got the chance to turn 30. The actress is 30, but she looks exactly like the singer. It’s so difficult for us to imagine the fact that if she had lived, Selena would be 48 right now.