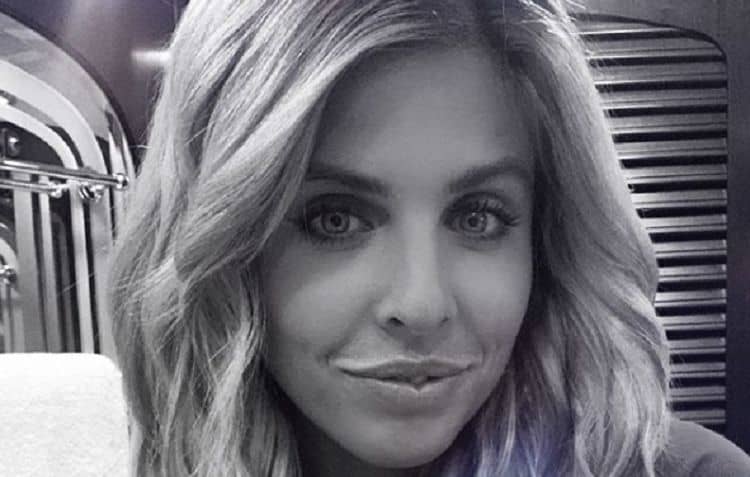 We came to know Christine “Bugsy” Drake through her appearance in “Below Deck Mediterranean,” but she had never thought about being ever on a yacht. Her friend told her about the yachting experience, and Christine joined the show initially for a season. However, she ended being on several seasons hence gaining popularity. The South African former chief stew has been, on many occasions, mistaken to be from London. She is proud of her African heritage and counts Nelson Mandela among her heroes. Here is more about her.

1. She does not mind showing some skin

Christians say the body is the temple of the Holy Spirit and should be treated with respect. However, any artist will let you know that our bodies are works of art to be appreciated. Christine seems to lean on the artist’s perspective. Consequently, in one picture she posted on social media, she only has a strategically placed lei covering her breasts.

2. Her grandmother suggested she be named “Christine.”

Celebrities have always amazed us with how far they are willing to go to create a headline, even if it means giving their children strange names. For instance, Rick Ross named his son Billion while Mariah Carey named one of her children, Moroccan. Christine’s grandmother, on the other hand, was set on having her granddaughter named “Christine.” Therefore contrary to what some believed the nickname “Bugsy” did not come from her grandmother, it is her real name that did.

3. She is against cyberbullying

Christine had had enough of the negativity she had seen on social media regarding the reality show she was cast in and had to say something. Therefore on her Instagram, she said that she has never been okay with cyberbullying, and anyone who made nasty remarks about the crew members needed to understand the show was meant for entertainment. She added that the trolling only indicates deep insecurity issues, and people should deal with them by talking to professionals and friends instead of taking it out on the cast members.

4. How best she spends her free time

Some have confessed to relieving their stress by shopping, and now that they are under lockdown, then “add to cart” has become a daily occurrence. Christine would rather spend time with her dogs, who always bring a smile to her face than go to the mall. Moreover, booking a flight elevates her moods, and she looks ahead to her next adventure. For someone who loves traveling this much, we could make a safe assumption that she has a “grab and go” bag.

5. Fans are hoping she replaces Kate on “Below Deck.”

According to Bravo TV, Kate Chastain retired from the show saying she wanted to become more financially independent. She had been on “Below Deck” since the second season and stayed on until the seventh season. However, after reflecting on her life, she found that transitioning to a job on land was the best course of action. While that is the end of the road for Kate, it could mean a new beginning for Christine, who is a former chief stew. With her experience, fans are hoping that she replaces Kate. One spoiler for season 8 is that the replacement is already a familiar face and fan-favorite, which best describes Christine.

6. She is an over-thinker

They say worry is like a rocking chair; it will keep you busy, but you will not go anywhere. Yet, Christine is a constant worrier and chronic over-thinker. She had to force herself to live in the present and be grateful for life as it. Despite the difficulty she encountered trying to let go of her worries, she has come to appreciate everything that life has to offer.

7. Toughest decisions she ever made

While on the yacht, Christine received news that her grandmother had passed away. She had to decide whether to stay and continue doing what she does best or go home and bury her grandmother. Choosing to stay became the toughest decision she has ever had to make, but luckily for her, she had a great support system. Captain Sandy especially comforted her because she had lost her mother while also on the yacht. Therefore the captain could relate to what Christine was going through; hence, she became Christine’s friend in her time of need.

8. She loves the beach

Going through the photos she has posted on Instagram, you can quickly tell that the reality star loves being on the beach. Most of her pictures are on the sandy beaches, and of course, her followers do not mind seeing her beautiful body clothed in a bikini. She captioned one photo that the beach is her natural habitat. It is, therefore, no surprise that she chose a career that would enable her to catch as many trips to the ocean shore as possible.

9. She upholds kindness to both humans and animals

Christine is comfortable being surrounded by nature, and whenever she spots any living creature, she treats it with the utmost kindness it deserves. Therefore one day, as she drove, a zebra foal stood in the middle of the road, and Christine, being the caring person that she is, stopped the car and went to see if the foal needed any help. Sure enough, the animal had been hurt and had to be taken in by the ranger for further examination. The television personality, therefore, asked her fans to pray for the animal’s quick recovery.

10. Her mom is her best friend

Mothers and daughters have been known sometimes to bash heads, but they can also get along so well that they become best friends. Christine is among the few celebrities who term their mothers as their best friends as per a caption on Instagram. Although all Christine did was share a happy mother’s day message on social media, Johnny Depp went ahead to tattoo his mother’s name on his hand. According to Mom, the actor said his mother is not only his best friend but also the coolest thing in the whole world.