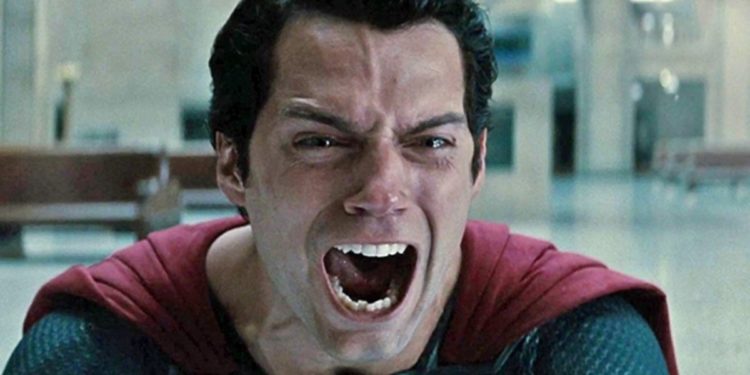 No one is ever going to forget that facial hair mixup. As Squints from The Sandlot might put it, that faux pas will be there FOREVER. But people can at least imagine what it might be like to have Christopher Reeve go back in time as he did in his own movie, which still doesn’t sound like it would work out the way it was supposed to. That’s another subject that there have been plenty of articles and discussion about since changing the past is going to change a lot of things and not always in the best of ways. But that facial hair thing, whoa. A lot of people couldn’t help but wonder why Henry Cavill couldn’t just shave and then wear a fake mustache for whatever movie he was shooting at the time. It wouldn’t have been the first time that an actor had to wear fake hair on their face to complete a part, and it was kind of odd to hear that this was part of the contract he entered into. But it’s over and done now so trying to think about it any further is kind of pointless at this juncture, but someone didn’t feel that way. At least with the Snyder Cut, it’s obvious that this won’t be such an issue any longer.

With the Snyder Cut that so many people begged and pleaded and signed a petition for, yes I had to add that since it would be remiss to not mention it, looming closer and closer it’s a question of whether what was done to improve upon Whedon’s work is really going to be that effective or if it’s going to be something that people are going to take to complaining about yet again. Seriously, right now there’s no guarantee that things are going to get that much better with another version of the movie. People are going to be headed in with expectations that are fit to break through the roof and it’s likely that a lot of them might end up staring at the end of each installment, remember it’s not just one cut end to end, wondering what in the heck they just sat through. Some people are confident that this won’t happen, but others aren’t so certain since the bar is already pretty low when it comes to topping what Whedon already put out, but apart from a few of their solo movies, DC doesn’t have the best track record, and neither does Snyder when it comes to his storytelling technique.

I get the feeling that many people would actually want to fight over this claim since there are a lot of Snyder fans out there that happen to think he’s a genius when it comes to making movies, but the fact is that Batman vs. Superman and the other big movies he’s done have all had a very dark cast to them, making one think that Snyder isn’t really interested in different methods of lighting other than deep shadow and blinding, revealing light. Obviously he does more than this but still, while his movies have made money they haven’t exactly been awe-inspiring affairs, save for a couple of them. Again, people have their different opinions, but the Snyder Cut feels like it’s going to be more of the same with more effects thrown in to make people go ‘ooh’ and ‘aahh’ without realizing that not that much story has been added. I could be wrong, and I’ll admit it if I am, but so far there’s not a ton of faith in the Snyder Cut and it’s fair to say that people are going to a bit disappointed even if it’s entirely different from the theatrical version that Whedon put out. DC has been struggling for a while even with their movies pulling in a rather big amount of money, and the Snyder Cut is going to have to deliver in a big way to gain some of that goodwill back since the MCU has been killing it lately with their shows and movies and with the idea that phase 4 is here and ready to thunder forward and leave DC in the dust yet again.

Deciding not to compete with the MCU’s model is a wise decision for a couple of reasons since for one, the DCEU proved that it couldn’t keep up and that the late start it received didn’t help it in any way since the Justice League felt way too rushed. The second big reason is that there’s a lot more cohesion between the various stories at the MCU, which creates stronger storylines and helps build a lot of faith with the fanbase. If the upcoming Snyder Cut can do the same thing with DC fans, a lot of whom are also MCU fans, it might go a long way towards the continued success of DC.