Christmas shopping can be such a pain; fighting the other shoppers for the stuff you want, dealing with badly costumed elves and santas, and dealing with a hostage situation at your favorite Buy More store. Granted, the latter only happened on television, in the last episode of Chuck this year, but it made for probably one of the best Christmas episodes on television, and certainly one of the better episodes of this season.

In Chuck Versus Santa Claus our hero finds himself at the Buy More on Christmas Eve. Big Mike struggles to get everyone elf costumed (he’s dressed as Santa) and in the Christmas spirit, while Ellie and Awesome show up early to take advantage of Chuck’s employee discount. Suddenly a car crashes through the Buy More and they are all taken hostage by Ned, a gun wielding father who’s had enough this Christmas. Ned seems nice enough and a negotiator is sent in, helping to convince Ned to release hostages, and as Casey and Sarah are let go, we all start to sense something ominous.

Sarah and Casey quickly discover, just about the same time Chuck does, that the negotiator is none other than a Fulcrum agent. After he threatens Ellie’s life, Chuck confesses everything (as usual), admitting that he is the Intersect. Chuck leaves with the negotiator, but not before telling Ellie goodbye and Awesome that he needs to be brave and take action.

As the negotiator and Chuck start to flee in an ambulance, Sarah and Casey shoot out the tires, and though Casey conveniently disappears, Sarah chases Chuck and the negotiator into a Christmas tree lot. Chuck escapes and Sarah tells him to get out of there, but as Sarah heads in to find the Fulcrum agent, Chuck has second thoughts about leaving her alone. He turns and heads after her.

Sarah and this week’s Fulcrum dude then fight, and in the end, naturally, our bad ass little blond ends up with the gun in his face. The Fulcrum agent proceeds to tell Sarah how this will never be over. His friends are powerful and influential, and everywhere. Someone will find him, and when they do, he’ll tell them about Chuck. He’ll make sure that Fulcrum never stops gunning for Chuck until he is dead. You can see conflict on Sarah’s face as we all know what she must do if she wants to keep Chuck safe. Chuck arrives on scene at this moment, hiding behind a Christmas tree, but all he hears is the agent say, “Arrest me, and take me in.” or something to that effect. But Sarah knows the consequences, and with obvious remorse, she pulls the trigger and kills the agent. It was an awesome moment and a heart-wrenching moment at the same time. Chuck looks deflated and shocked that the woman he loves just killed someone in such cold blood. Of course, if he’d just gotten there a moment sooner, he’d think Sarah was as awesome as we all do, but such isn’t the luck in this case. Chuck doesn’t reveal himself to Sarah.

Meanwhile, back at the Buy More, a rescue attempt is orchestrated by Awesome, Big Mike, Morgan, Jeff, and Lester. Awesome and Morgan end up throwing the final blow that brings down Ned, but Anna is too busy tending to Lester, who was injured during the attack, and she fails to see her man save the day. Moments later, as rescuers file into the Buy More, Morgan heads toward Anna just as Lester leans up and kisses her, and Morgan turns, leaving deflated. Of course, in the same form as Chuck, he totally misses the fact that Anna pulls away from Lester disgusted.

In the final scene Sarah tells Chuck that Casey arrested the agent and is taking him in custody, though Chuck knows the horrifying truth. He heads over to Morgan and they sit together, both looking pathetic. Morgan says, “How can you get past witnessing someone you love doing the most heinous and terrible thing imaginable?” Chuck seconds his friends comments as they share a common bond, though each of them are dealing with very different heinous and unimaginable moments from their women.

What Worked?
The episode in general! Too often, the side plots at Buy More distract from the more interesting story at hand, but in this one, with all action taking place at the Buy More it was slightly easier and more fun to follow the turn of events. The end was also fantastic, with Sarah making quite a sacrifice and killing the agent to protect the man she loves, but at what cost? This will undoubtedly affect Chuck for some time, and cause him to second guess her intentions and morality in general.

What didn’t work?
In this second season the show’s producers have done a great job at getting Chuck out of the ‘bumbling idiot’ category that he inhabited all of the first season, but I still find it hard to believe that he has no ability to hold back the truth in these weekly situations. I realize that his beloved sister was being threatened, but I just grow a little tired of his gullibility each week. I still expect him to be out-smarted, but I wish that he’d do it with a little more bravado.

That’s really my only complaint, as I easily found this one of the better episodes of this season, on a show that, to me, is continuing to improve from week to week. Chuck takes a short break now, returning on February 2, the night following the Super Bowl. 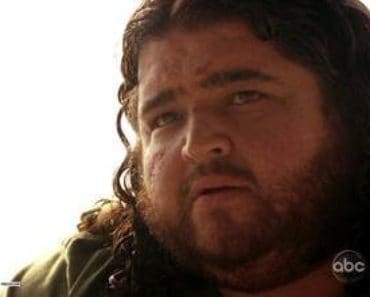