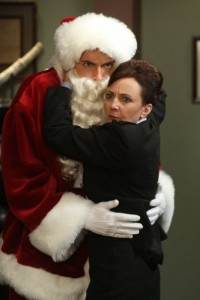 Chuck season 5 dresses up its seventh entry with this week’s “Chuck Vs. The Santa Suit” as Chuck races to recover a piece of stolen CIA technology with General Beckman, while a returned Daniel Shaw (Brandon Routh) holds Sarah hostage in time for Christmas and computer virus “The Omen” looms over the Buy More.

Shaw’s return and the surprising reveal of Sarah’s secret at episode’s end will likely what most take away from “Chuck Vs. The Santa Suit,” but as one of the better episodes of the season, it’s a shame more people might not see what keeps this little show kickin’.

First of all, I should start this review by telling you that I nearly missed Chuck tonight, so swept up in the holiday preparations that it barely even occurred to me there might be fresh TV episodes to watch. Not that any huge boom or bust in Chuck‘s ratings (or Subway sandwich purchases) would do any damage at this point, but I imagine that a great many regular Chuck viewers could shirk their watching duties with such an awkwardly-timed episode.

It really speaks to NBC’s regard for their fan-beloved series to casually dump one of the final season’s better episodes on the Friday before Christmas, but then again this is the same network that attracts protest groups outside their New York offices before a series has officially ended. I can scarcely think of the dismal ratings Chuck will be likely to attract tonight.

That said, I also wanted to tell you how Christmas episodes have always been a strongsuit for Chuck, but then I realized that to date the series has only truly had two, here with ‘Chuck Vs. the Santa Suit,’and all the way back to season two’s ‘Chuck Vs. Santa Claus.’The two seasons in between had their episodes and orders shuffled to the point that Chuck almost* never aired in December in time for Christmas, despite Josh Schwartz and Chris Fedak’s very OC-perfected experience at capturing the sweetness and drama of the holidays.

(*) Technically, season one’s ‘Chuck Vs. The Crown Vic,’itself another strong episode aired in early December, but didn’t make the holidays any kind of real focus beyond a Buy More subplot.

That said, season 2’s ‘Chuck Vs. Santa Claus’proved a surprisingly dark and ante-upping kind of episode, where for one of the first times Chuck really learned the dangers of the spy world, and the cold-blooded lengths his handlers traversed to keep that status quo, as Sarah brutally gunned down a problematic Fulcrum conspirator (hey, it’s The Walking Dead‘s Michael Rooker!). ‘Chuck Vs. The Santa Suit’didn’t quite go to the same lengths, but still reminded me that the series succeeds by taking itself seriously. Watching Chuck and Shaw once again take to fisticuffs amidst the aisle of the Buy More felt like what the fight from season 3 ender ‘Chuck Vs. The Ring, Part II’always should have been; rather than two Intersect-powered equals trading superfluous blows, here both were brought down to the level of ordinary men, and forced to rely on their own innate strengths to win the day. Here the fight gives Chuck a chance to showcase the true evolution of his character, relying on his own acquired fight experience combined with genius intellect to defeat Shaw, exactly what the series should highlight in these final episodes. 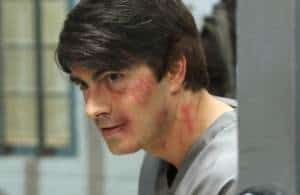 On the subject of Shaw, I’m somewhat on the fence on his effectiveness as a villain for Chuck. Growing up, to me Venom always seemed the perfect villain for Spider-Man; a dark and menacing mirror image always locked in a twisted ballet with the other, near of the exact relationship Chuck and Shaw share. Both Shaw and Eddie Brock started out somewhat sympathetic, if morally unsound characters, but find themselves empowered and enslaved to an unending vendetta.

Along the same line, it wasn’t until I was older that I became aware of the fan’s disdain for ’90’s’anti-heroes like Venom, contrasted with the more classic supervillains, and so too can I understand Chuck fan’s difficulty in accepting Shaw. Shaw initially represented yet another meaningless obstacle for Chuck and Sarah’s relationship, but grew into a more complex character after revealing his tragic shared history with Sarah, and gaining Intersect powers of his own.

Admittedly, I never quite understood why the Intersect would make an ultra-competent spy any more efficient, but the mirror imagery still gave Chuck a more credible threat to have looming over the series. I have a harder time accepting Shaw’s heel-face turn into unrepentant villainy and betrayal of his country, and ‘Chuck Vs. The Santa Suit’doesn’t do the character many favors in that respect. One the one hand Shaw’s re-appearance manages to tidily explain the recent conspiracy plots and Decker’s CIA vendetta, but Shaw never entirely comes to life as a villain, his ominous hatred of both Sarah and Chuck feeling more caricatured than compelling. Sarah killed Shaw’s wife on orders, granted, but why such elaborate conspirator lengths for simple vengeance?

As long as we’re speaking in such nerdy comic-book terms, I should mention that we can’t expect too much out of Chuck‘s writing, or Brandon Routh’s performance, given what Superman Returns became. Whether you buy Shaw’s villainy or not, perhaps The Joker said it best: ‘All it takes is one bad day to reduce the sanest man alive to lunacy.’ 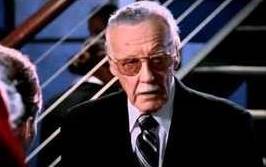 As I mentioned last week, Chuck will always walk a fine line between plausibility and comic sustainability, but ‘Santa Suit’succeeds moreso than ‘Chuck Vs. the Curse‘in having fun with its inherently silly premise. ‘Curse’wanted us to invest in the deadly predicament its main characters found themselves in without delivering on the consequences, but ‘Santa Suit’treats danger with a grain of salt.

The real threat lies in Shaw’s invasion of Castle, freeing Chuck and General Beckman to recover a top-secret piece of tech from a boozy CIA Christmas party that consists of sloshed and saucy military officials hiding their greatest secrets behind two locked doors, and apparently, the real Stan Lee. The best, most relatable Chuck lies in comical situations broken up by real threats, not threats broken by comedy.

Another area ‘Chuck Vs. The Santa Suit’succeeds in is utilizing its supporting characters without shortchanging their value to the series. For the first time since…ever…as far as I can remember, both Jeff and Lester actually prove useful to the main plot by directly taking on ‘The Omen’virus (in one of the rare instances they’re actually aware of what they’re involved in). 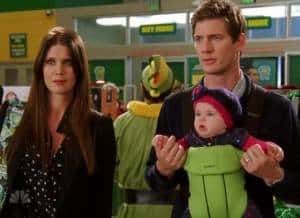 Casey and Morgan got their own little moments as well for both Casey’s tender badassery and Morgan’s Samwise Gamgee-like support, but particularly effective was Ellie’s integration into the story, finding some measure of peace in being the one to ultimately take out Shaw and vent some grief for her father’s murder. Even General Beckman gets some of the bigger laughs of the hour with her brief, and horrendously awkward smooch with Chuck.

It’s also worth noting that ‘Chuck Vs. The Santa Suit’above all else, actually delivers laughs, more so than I’m used to from the usual Chuck, perhaps owing to writer Amanda Kate Shuman’s sparklingly awkward dialogue. I especially liked the brief exchanges over Casey’s choice of present for Alex, along with Chuck and Beckman’s post-makeout car ride home, the perfect examples of how Chuck can find its humor in the smaller moments rather than the overtly silly set pieces. Now if only the same attention could have been afforded to some of Shaw’s more ear-splitting villanisms, I’d be much more enamored of the hour.

I feel like I always say it, but by the end Chuck is Chuck, most threads tidily resolved without any major casualties, and we’re even treated to an especially sweet misuse of government resources in the Bartowski / Woodcomb Christmas party (The OC always managed to make its parties full of such warm atmostphere). But as the pattern has been, Chuck offers up a small tag (complete with its requisite Terminator knock-off music) to drive the next episode, that of the supposed baby Sarah wishes to keep hidden. I swear I’ll throw a hammer at my window if Josh Schwartz and Chris Fedak manage to side-step a pregnancy and cram a baby into Chuck and Sarah’s life before the end of the series, but at the very least right now things remain full of possibility.

And in the end, isn’t that what we all love about this time of year? Also, lavish presents.