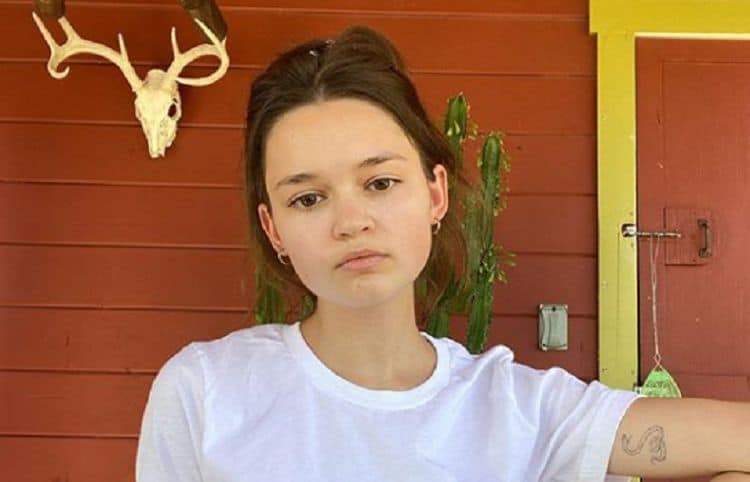 Over the years, we’ve seen countless child stars crash and burn as they mature into young adults. However, Ciara Bravo has proven to be a success story. After beginning her career when she was just 9-years-old, she has managed to dodge the child star curse and continue a successful career that includes roles on the big and small screen. Bravo is more well-known for her role as Katie Knight in Big Time Rush. In more recent years, however, she has taken on roles that give her a chance to show her wide range of talent. As her career continues to grow, it will be great to watch her grow as well. Keep reading for 10 things you didn’t know about Ciara Bravo.

1. She Studied At UCLA

Since Ciara started her acting career at such a young age, she missed out on a lot of the ‘typical experiences’ people have growing up. However, she’s always tried to create normalcy in her life whenever possible. One of the ways she’s done that is by taking art history classes at UCLA. However, it doesn’t appear that she’s ever been enrolled there as a full-time student.

2. She Wants To Be A Documentary Filmmaker

Ciara loves to act, but that isn’t the only goal she hopes to accomplish in her professional life. One day she hopes to have a career as a documentary filmmaker, but for now she’s put that dream on the back burner in order to be able to dedicate her time to acting.

Kentucky is definitely one of those places that most people would consider random. But for Ciara Bravo, it’s the place she considers home. She was born and raised there and is very proud of her roots. No matter how famous she gets, she never wants to lose touch with where she’s from.

Being rich and famous comes with a lot of perks, and one of them is the time and freedom to go wherever you want. Ciara has been fortunate to have lots of opportunities to travel and she’s taken full advantage of them. Some of the countries she’s visited include England and Ireland.

5. She’s Passionate About Taking Care Of The Environment

Ciara isn’t afraid to use her platform to speak out in support of the things she believes in. She has been very vocal about her opinion on sustainability and always encourages people to do their part when it comes to taking care of the environment. She is also a strong supporter of the Black Lives Matter movement.

6. She Didn’t Always Want To Be An Actress

Ciara saying that she didn’t always want to be an actress is somewhat ironic because she started acting at such a young age. However, when she was very young, she had other plans for herself. She says, “I was very into horseback riding and I wanted to be a jockey when I was older.”

7. She Has A Close Relationship with Her Family

Some child stars have complicated relationships with their family. In some cases, family members want to mooch off of the young person’s success and in others, they don’t support the idea of their child taking up such a non traditional career. Ciara is lucky that neither of those scenarios have been the case for her. She has a great relationship with her family and they have always been her number one fans.

In 2012, Ciara made an attempt at starting a YouTube channel. She posted one vlog style video of herself going on a road trip. Unfortunately, that video remains the only upload on the channel. In the years since it was first posted, it has gotten more than 50,000 views.

9. She Enjoys Being Outdoors

Ciara may be a big star, but it’s the simple things in life that she truly enjoys the most. When she isn’t busy working, one of her favorite things to do is spend time outdoors. She loves to be surrounded by nature and she likes to do things like go hiking and hang out at the beach.

10. She Loves Inspiring Others

Entertaining her fans is always at the top of Ciara’s priority list, but she hopes she can do more than that for her fans. After all, in this day and age, celebrities are often seen as role models and this is something Ciara is fully aware of. She loves spreading positivity and wants to use her acting skills to help empower and uplift people.