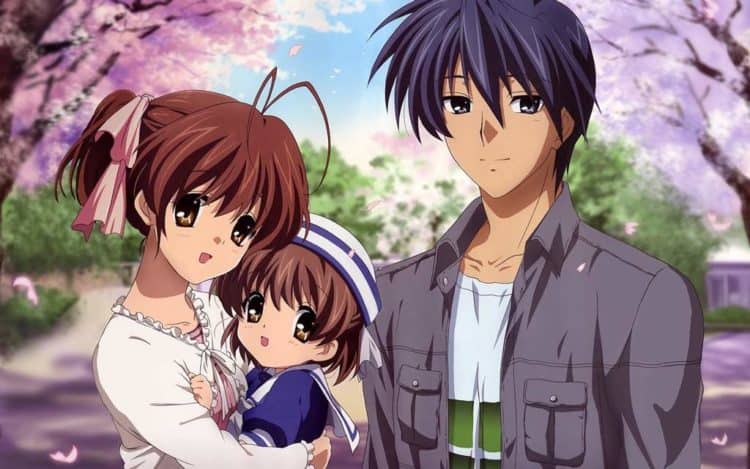 What is Clannad? If you’re into gaming or if you like Japanese light novels, you probably already know about it. If you don’t you might be interested to know that it hasn’t worked exactly like a lot of other Japanese anime. In fact, it has sort of blossomed in reverse. If you want to know more, read through these ten things listed below.

Some people call it a light novel other people call it a graphic novel, but whatever the name you use for it, it’s all virtually the same thing. It discusses a novel that has been written where the story is told much more prominently in pictures than words. This is an important and popular form of entertainment, especially in Japan and this is one of the more popular stories.

2. It’s actually designed for your computer

The thing that makes this one different is that as opposed to being written in novel form and then adapted to fit everything else, this one was actually developed for the Windows operating system on PCS and then turned into a novel from there. First and foremost, it was designed as a game for the computer.

If you’re familiar with light novels and similar forms of entertainment, you know that this particular individual has created a lot of different works and they’re always rather impressive. That fact alone is enough to make most people decide to look further into this particular title, even if they don’t know anything else about it.

4. It’s designed to be compatible for people of all ages

A lot of works are designed for older individuals and some of them are even exclusively designed for adults. This is a game, and ultimately a story, which is designed specifically to work well with anyone, regardless of their age.

5. You can now play it on several different platforms

Even though it was initially developed for the PC, it’s so popular that it is now available for virtually all major gaming platforms. Unless you have something that is especially obscure, you’ll be able to find a game that you can play on that particular gaming console.

6. It was released in English a few years ago

It was originally released in Japanese and back in 2015, the game was released in English as well. In the three years since its release in English, its popularity has soared, largely because of the demand for anime and similar types of stories that exist throughout the United States and in certain parts of Canada.

7. The game play is interesting, to say the least

This is not your typical role playing game. In fact, it’s actually quite different because there are about seven different characters in the game and you have the opportunity to play as any one of them. Part of the game is obviously designed so that certain things will happen at particular stages of the game. The thing that makes it different is that these sections can vary depending on your actions. In other words, the things that you do during the game impacts how the rest of it unfolds so every experience is different. The game that you play may not be the same game that your friend plays, even though you both have the exact same title. It all comes down to who you are playing as and what you do while you’re playing it.

8. It’s been adapted to become a series of light novels

As previously mentioned, things have gone in reverse with this particular title. In almost every case with stories of this type, it starts as a light novel and then it’s adapted into manga from there, becoming several different individual forms of entertainment. This one was developed as a game first and when it was turned into manga, one of the first things that happened was that it became a series of light novels.

9. There is also an art book

It’s true that there is also an art book. This is basically like the graphic novel, only more intense. There are more drawings and the drawings are more descriptive. It’s something that can be appreciated by anyone who loves art, especially when it comes to storytelling through its development.

10. There have also been two anime adaptations

The story is so popular that it’s been adapted into anime twice. That just goes to show how much people resonate with his title. There’s also a decent chance that it might be adapted a third time.