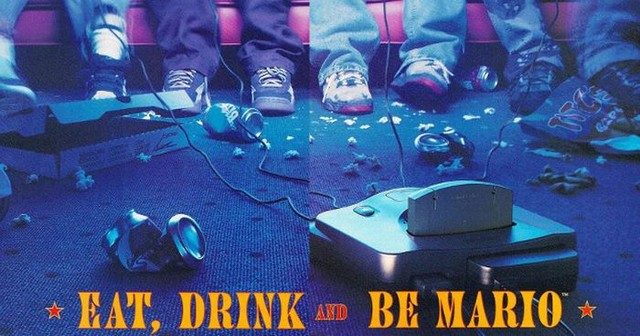 The 1990’s weren’t as tumultuous as prior decades but they were indeed a little nutty when it came to advertisements. Video game ads were considered fair game for most subject matter and often you’d find something in magazines or even comics that would make your eyes bug out of your head if you saw them now. Â Like I said, the 90’s were a bit nutty. 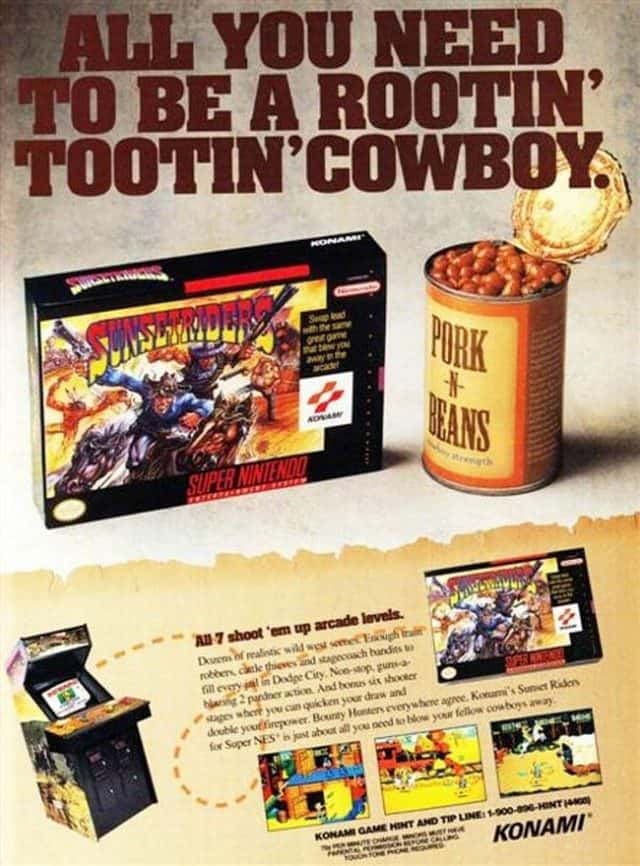 A chance to rope, ride, shoot, and toot like a cowboy apparently. I wonder if the promotional ads or the first 100 games came with a free can of pork and beans? PORK AND BEANS! If you watched 90’s TV you should get that. 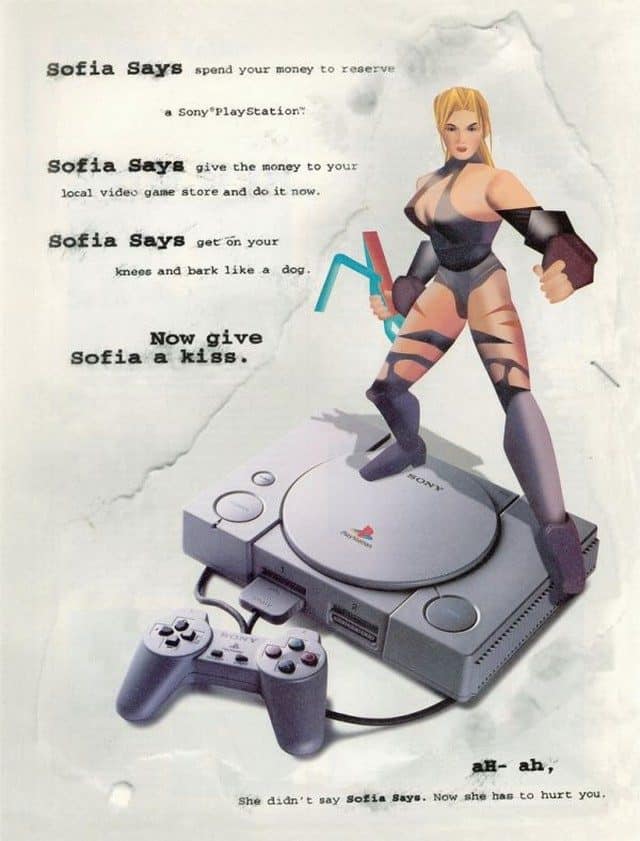 Ah yes, when Playstation started bringing S&M to the gaming world. Wasn’t it bad enough that the ads were sexually suggestive? Â When this came out a lot of boys might have suddenly and inexplicably gone through puberty all at once. 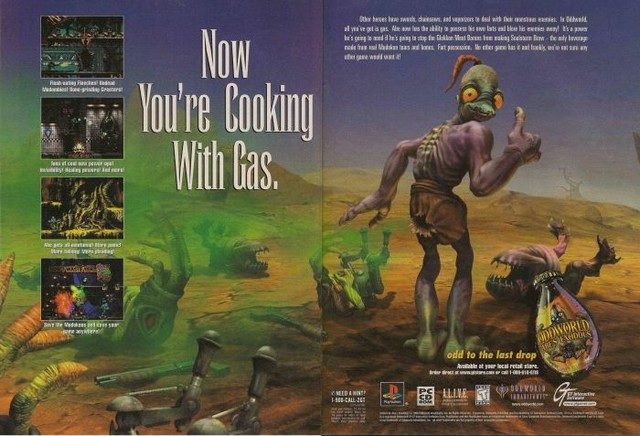 Playstation had to be one of the edgiest game systems around, and its games were some of the most controversial ever, but they were fun. 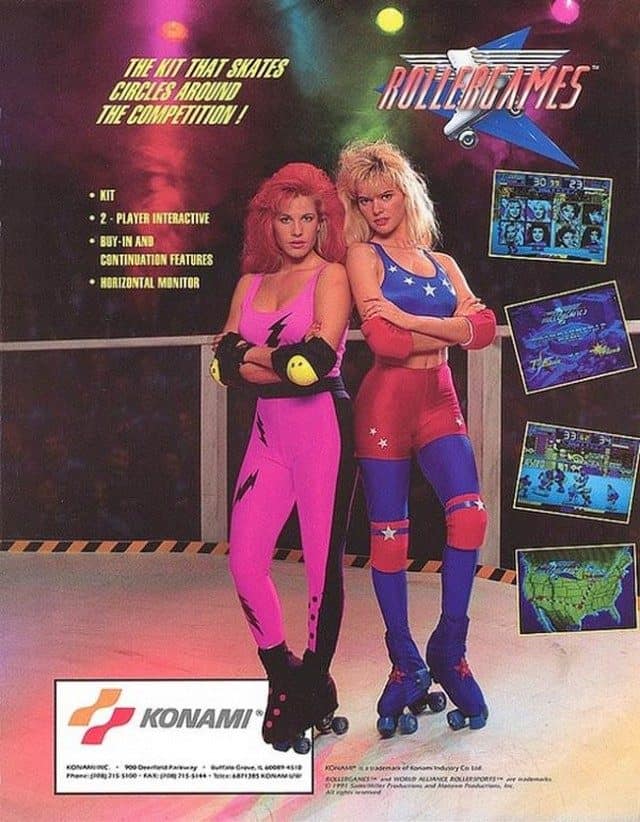 I get the feeling this one might have driven feminists insane if they ever saw it. After all it’s promoting female on female violence and objectifying them at the same time. Maybe there’s a reason why it never lasted that long. 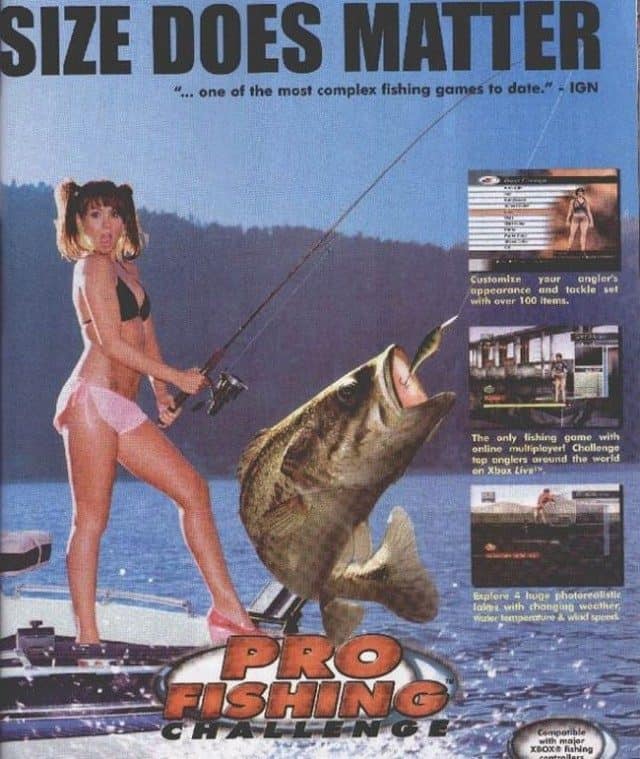 This was probably one of the only ways to make video game fishing look cool and exciting enough to draw enough players to make a profit. 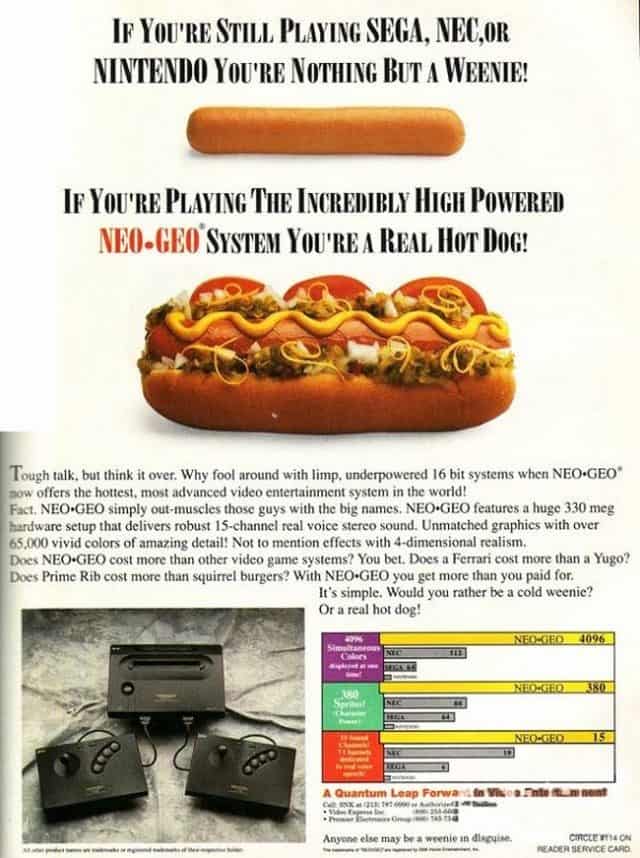 And once you played with NEO GEO you figured out just why it never went that far! It was prone to glitches, breakage, and all sorts of problems that made it obsolete before the last system was off the assembly line. 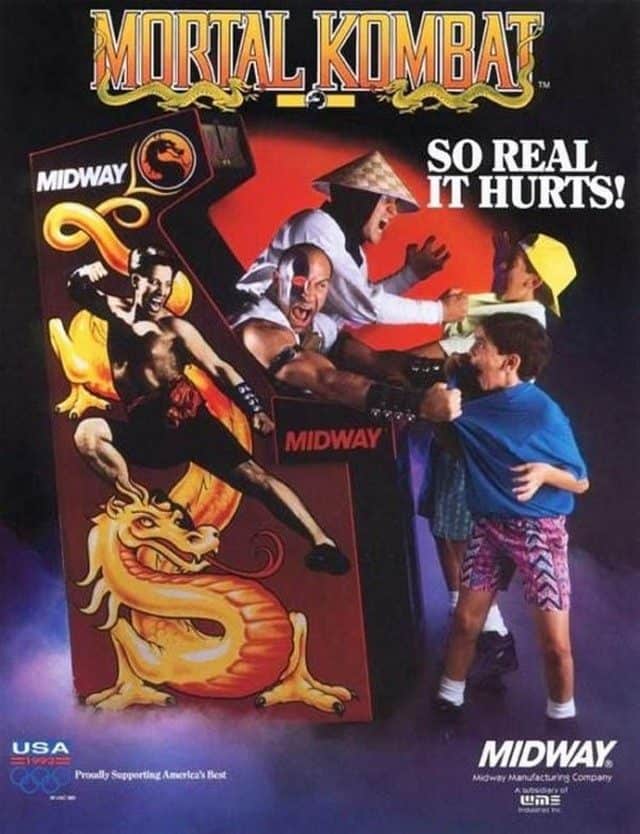 Imagine actually doing this at an arcade for a promotional deal. You might be paying for the therapist bills for years before the kids finally trusted another video game.

Play the Mario, BE the Mario, and while you’re at it clear the floor like Mario. Seriously, this was not a well-thought out ad. Kids, BE Mario and live like slobs, yeah that’ll stick. 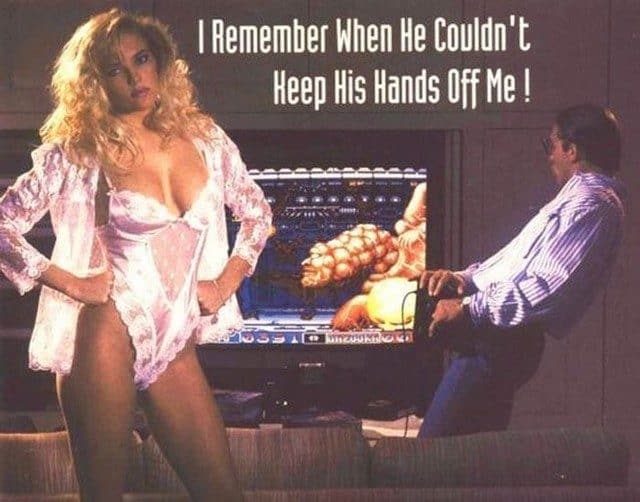 You know the game systems all came with a power cord. Any half-determined individual could have pulled the plug and claimed systems failure. Of course any guy that chose video games over this woman might already be suffering a different type of systems failure. I know, horrible, but I had to. 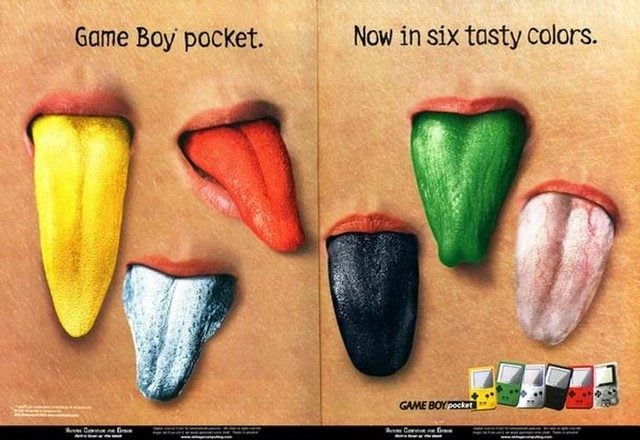 These almost look like different versions of the slug that came out of Will’s mouth at the end of Stranger Things. 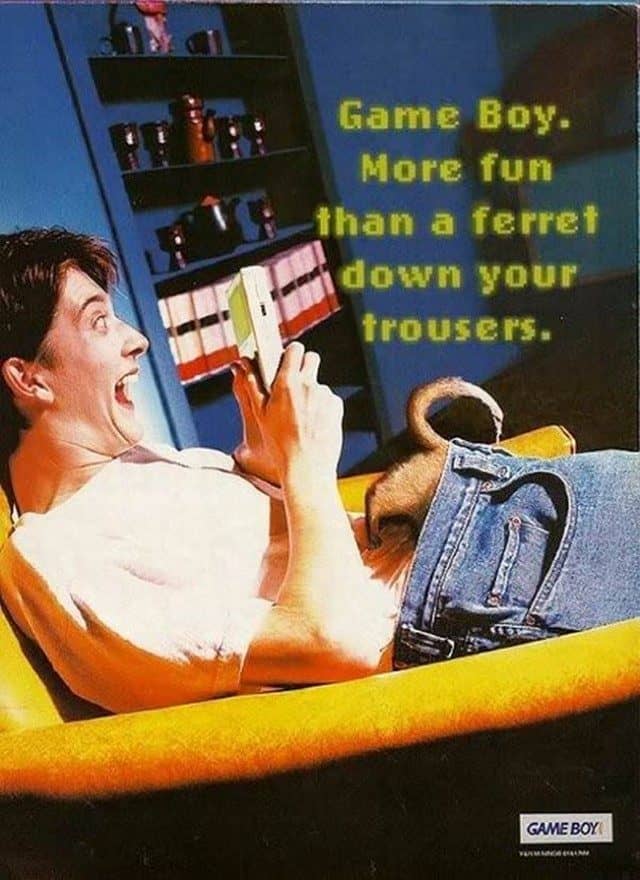 Yeah and way safer. I really wonder what was being passed around when the writers for these ads were coming up with this stuff. 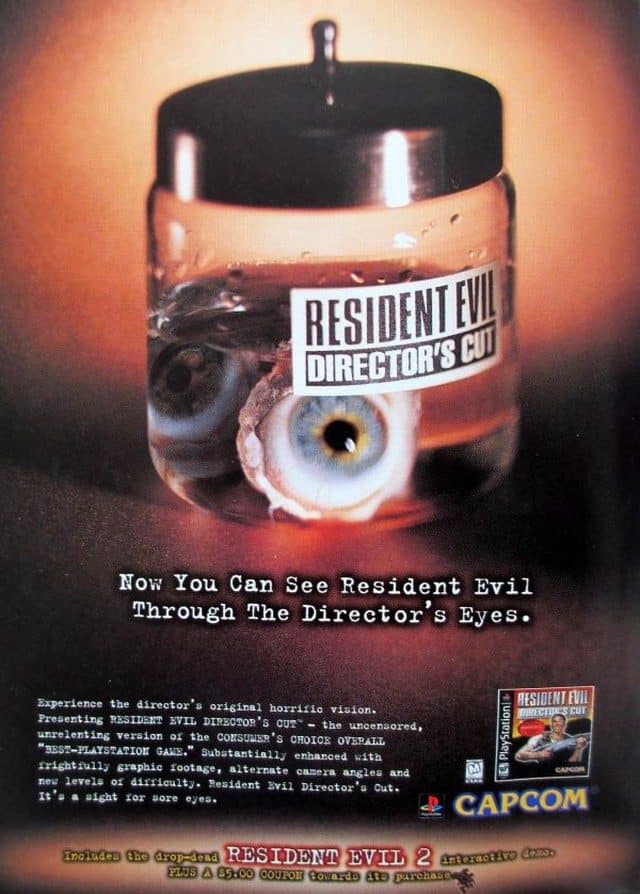 Now believe it or this one is actually low key for the game it promotes and makes a lot of sense. It’s creepy but at least it’s related to the game. 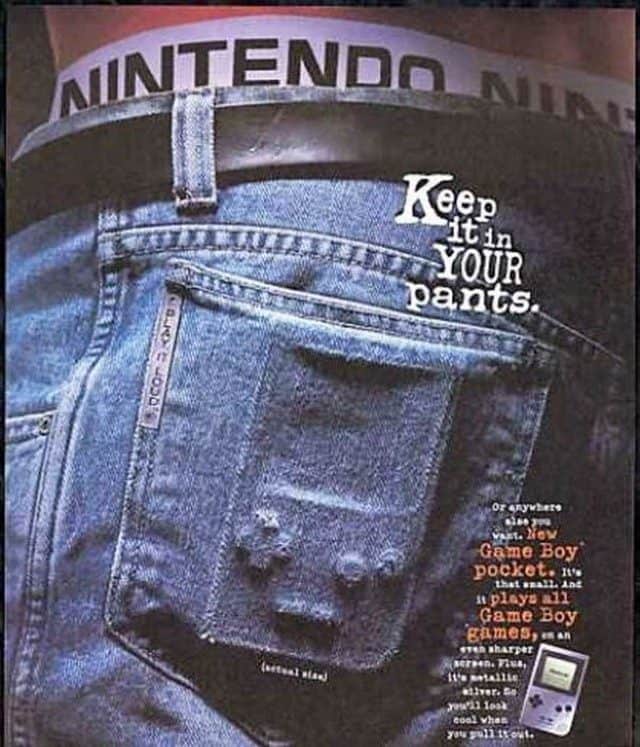 And yet no one ever thought of how hard these things would be to play unless they had child-sized fingers. 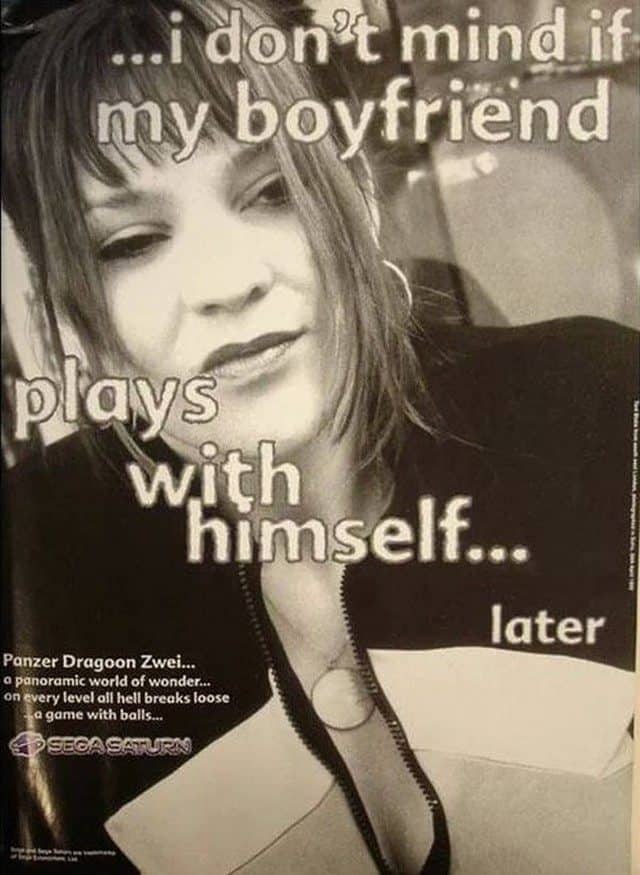 There’s so much wrong with this ad, especially the fact that it sounds more like a condom ad than it does a game ad. 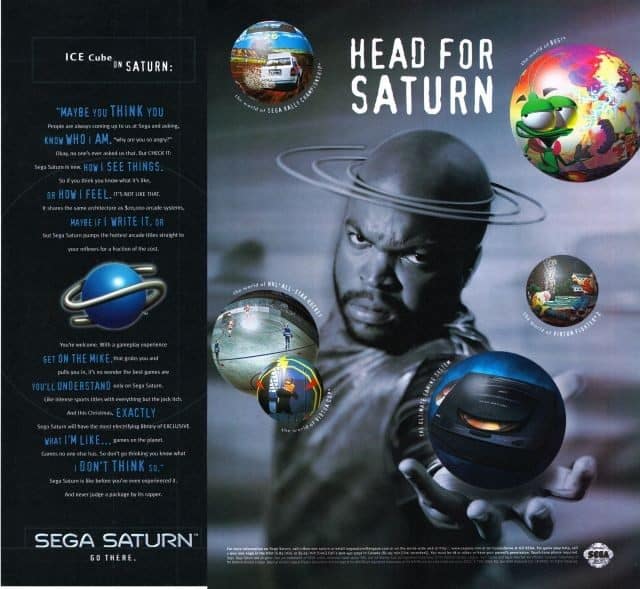 This really looks more like the introductory picture to an interview with Ice Cube than a game advertisement. 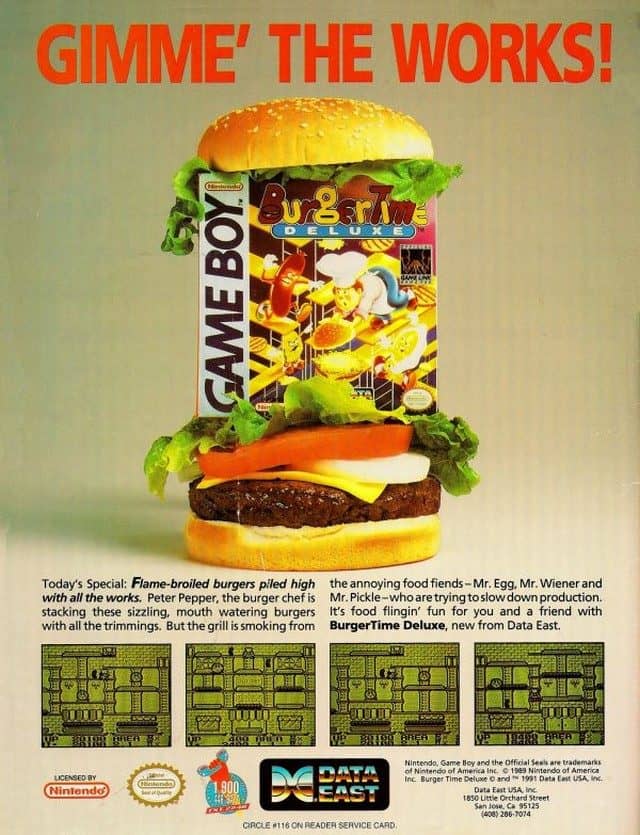 There’s a good reason why a lot of these games didn’t last. The ads aren’t always the culprit, sometimes it was just the crummy game that killed itself.

The 1990’s were not the best gaming years in some respects.