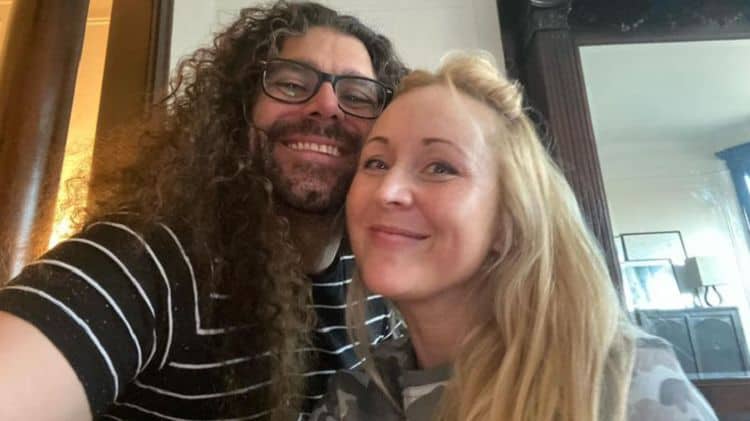 Musicians are artists. They create things that they can see in their minds, hear in their sleep, and envision when they are going about their everyday business. The thing about artists is that they are creatives, and sometimes creative types are not taken seriously. It’s a problem for some, but others continue to create, to make things beautiful, and they change the world. Claudio Sanchez is one of those men. He is an artist who creates music that changes the way his fans feel and think, and he is proud of the work he has done. Here’s everything you need to know about him.

He is still young, but he’s not the youngest musician on the block. Claudio Sanchez is in his forties. He was born on March 12, 1978. This means he celebrated his 43rd birthday in 2021, and he’s continuing to live his life the way he sees fit as an adult.

He married his wife back in 2009. Her name is Chondra Echert. She, too, is a comic book writer. She is the co-writer of a series called Key of Z as well as a few others. They have this in common since her husband also works writing comic books when he is not writing and performing music with his band.

He is the father of one child. His child is Atlas Hendrix Sanchez. He and his wife welcomed their first and only baby nearly five years after they got married. Their baby was born on June 8, 2014. They keep the baby and their marriage very private, and that is something that the world commends.

While he was born and raised in New York, he is of Italian and Puerto Rican descent. We aren’t sure which of his parents comes from which country, but he boasts both lines of heritage in his life. He grew up in Suffern, New York, which is not well-known but is part of the reason he is who he is today.

He is currently part of a band that is making a comeback. They are called Coheed and Cambria. They are the most famous band he’s been a part of, though this is not the only band he’s been involved with over the years. He has worked with his fair share of people and other musicians, though not always successfully.

He began writing comic books in 2000. He knew he wanted to tell more than just musical stories, so he began to write and illustrate stories that were not meant to be performed on a stage at a concert. He’s done well with his series “The Amory Wars,” and many of his fans are not even fans of his music so much as they are his writing of comic books.

7. He Wrote in Paris

When he was younger, he went to Paris. He’d just left one of the many bands he was part of during his years, and he went to the city of love. He went for reasons unknown to us, but he found certain inspiration in the city that allowed him to begin writing and creating. It was a successful venture for him.

One thing he’s good at doing is keeping his private life to himself. He’s not one to go out and publicly share his wife and child, and he doesn’t discuss his private life. He is happy to discuss his work, but he is not going to share the things that he holds closest to his heart with anyone he is not close to.

It’s been nearly 3 years since his band was together making music, and the time has come for them to come back into the limelight. They are back together, making new music, and they have fans who are more than a little excited about the prospect of what is to come from the band.

10. He Doesn’t Believe in Limitations

He is not a man who feels that limitations have a place in his creative life. He is not going to do things that make him comfortable or that the fans expect. He’s doing what makes him feel good and what feels right at the moment, and that is why he feels limitations are not for him. He wants to do big things – not comfortable things.