You don’t realize a show is really over until its regular time slot approaches and their is nothing on your television screen. Wednesday night is arriving slowly and the fact that no new episodes of Friday Night Lights will ever air again, is starting to sink in. A horrific feeling of loss is slowly taking over and the only comfort is knowing that a perfect series ended just right. The series finale embodied everything the show stood for the last five years; heart, soul, guts and glory.

The ending was bittersweet, heartbreaking but overall satisfying. None of the characters had unbelievable futures, no open-endings and most importantly we were left with the feeling that our beloved characters were going to be fine. There were no long, tearful good-byes for the Taylors and thank the writers for that, It would have been too hard. However this incredible duo do deserve a standing ovation. Kyle Chandler and Connie Britton were flawless for five years and played people/parents/lovers we could all aspire to be. When Julie said her parents were her inspiration, she also spoke for every FNL fan out there. These 2 actors held the show together and sadly were never really recognized for it.

This episode was all about moments and Friday Night Lights knows how to deal with emotional moments. First with Landry and Matt having one last sarcastic conversation about Julie and Matt proposing to Julie in front of the Alamo Freeze was epic, perfect and as sweet as #22.

However the character who truly embodies the soul of Dillon, Texas is Tim Riggins. Riggins, like Dillon, has no artifice; he is simple, heartfelt, raw and pure. Taylor Kitch’s performance was flawless and, if possible, made us fall deeper in love with Tim. Riggins is definitely one of the best characters ever written for television. His growth is like no other and he was never static, always moving, brilliant.

However the show’s biggest strength are the transitions. From the seniors to the juniors, to the goodbye episodes for Smash, Street, Lyla, Tyra, Matt and Landry,to the switch from the Panthers to the Lions and finally to the arrival of the new kids, the writers always made these characters family, never strangers, even if it was their first episode. During the finale, Vincent, Jess, Luke and Becky had their place in the sun and were as heartbreaking as the original crew.

The best part of this finale however are the hints of FNL history which were scattered everywhere during the few last episodes. Smash appearing on a televised game at Buddy’s, the shot of Jason Street’s name tagged on the wall of the Panther’s locker room, or Buddy supervising the hanging of the Dillon credo, were all perfect. All in all a perfect ending to a great television show. 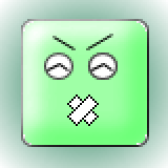