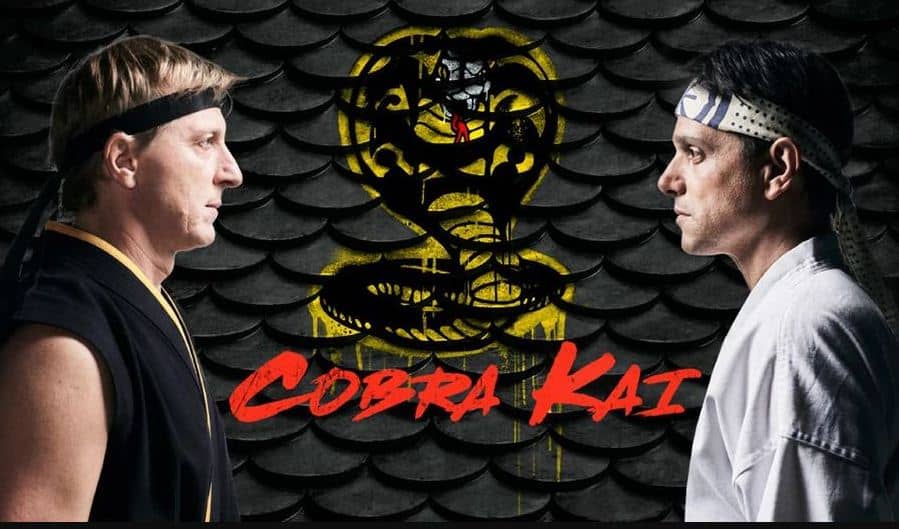 It was easy to do a double-take when seeing the news that Cobra Kai season 3 won’t be headed back to YouTube, but it was also necessary for a lot of fans to find out just where it might be going. When season 2 ended we saw Miguel in the hospital after being kicked over a railing, Samantha in the hospital getting stitched up, Daniel’s wife telling him in no uncertain terms “No more Karate”, and Johnny being told by Miguel’s mother that she never wanted to see him again. In short, Johnny and Daniel’s renewed animosities were unfortunately transferred to their students and as a result more people got hurt, and in a far more serious manner than either man ever hurt each other in the past. Plus, Johnny has lost control of his dojo as of season 2 and John Kreese has stepped back into the picture, meaning Cobra Kai is once again all about hitting first, hitting hard, and showing absolutely no mercy. What’s unfortunate for Daniel is that if he continues to teach his students there’s a good chance that his wife might leave him and his daughter might actually get even more hurt, while if he doesn’t, it might be open season on his students. Even more important than that however is what Kevin Fraser of Joblo mentions when he says that possible landing spots for the third season could be Hulu or Netflix. Either way would please a lot of people since it would mean that viewers might have access to the first two seasons as well, allowing them to catch up or possibly review both seasons in an attempt to divine what might happen in the third.Â

Another point of interest is where Johnny and Daniel go from here, since it feels safe to say that they’re still not friends, but it’s possible they could finally bury the hatchet, so to speak, and become allies against Kreese. It’s already been established that despite his role as the antagonist in the original movie, Johnny didn’t have much of a chance in life since he had an uncaring stepfather and Kreese was the only male figure in his life that taught him anything. Daniel didn’t have it easy either since he had no father, but at the very least he had Mr. Miyagi, who was the most positive influence anyone could ask for when they’re young. Season 3 already feels like it’s about to explore the philosophies of Cobra Kai, as Johnny was attempting to teach them, and Miyagi-Do, and possibly find a bit of common ground between them as Hashim of The Tech Education alludes to. Johnny and Daniel still have things to hash out without any doubts, but it’s likely that they could finally start seeing eye to eye since they have had at least one good talk between them in the past season and it’s obvious at this point that Johnny realizes that trusting Kreese was a bad idea. But getting his dojo back almost looks like a hopeless cause, unless he has a little help and possibly a return from Miguel, who possibly won’t blame his sensei but might be done and over with when it comes to Cobra Kai.Â

Predictions are going to fly fast and thick until the third season is released, and there are plenty that might make a lot of sense considering that Kreese has definitely turned the students against Johnny, though the amusing thing is that apart from Hawk, the others might actually stand a chance of realizing just how wrong Kreese really is. Hawk might need to get his bell rung a few times before he sees that Kreese doesn’t care about him and is all about manipulation on a very personal level. Johnny and Daniel finally working together, if it happens, would still be a tense situation, but together they’d make a formidable team and could actually learn quite a bit from each other. It would still be great to see Thomas Ian Griffith, aka Terry Silver from the third movie, come back and cause a bit of trouble, or perhaps try to set Kreese to rights finally. Against Mr. Miyagi neither man was really that effective, but it’s obvious that they’re both still likely to be a little tougher than Daniel. It could also happen that Mike Barnes, the guy Daniel fought in the third movie, might come back, but so far there’s really no information that’s said one way or another if there’s more than one main antagonist. There are a lot of plot points to hit and a good number of people would love to see more characters from the movies step in. Some are even pulling for Chozen to come back as he would be a welcome addition as well. We’re going to have to wait and see.Â