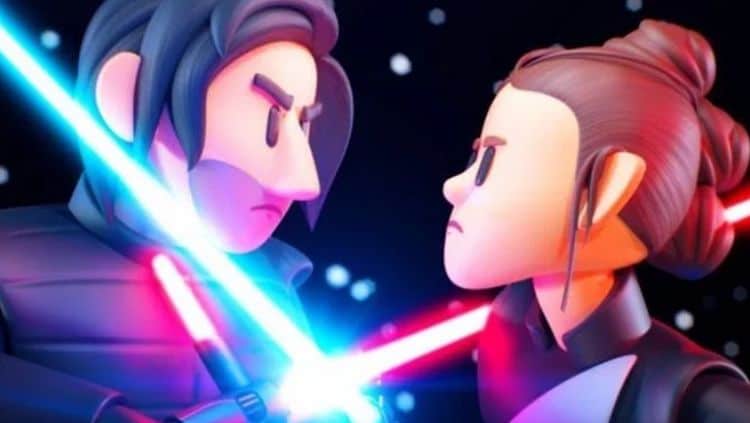 So, yes, there was a plan to create an entirely different third Star Wars movie using Colin Trevorrow’s idea and it was taken off the board eventually as J.J. Abrams was brought back in an attempt to end the trilogy with some sense of continuity. And yet this didn’t please the fans as much as one might have thought. The concept art was great and it offered up a few different angles and sub-stories that might have gone over a little better, but obviously this isn’t what we received. Instead we were given a story in which Palpatine, who was one of the greatest evils in the Star Wars universe, came back to life ala cloning, which is something from the Expanded Universe that Disney has yet again brought up despite the idea that they don’t want to use the EU to shape their version of the Star Wars universe. It does offer a sort of disjointed look at what things could be like if they’d taken on the many stories that have shaped Star Wars over the years, especially given that the stories are there, ready to be used with the right permission, and could have expanded the galaxy even further than Disney has already gone. It makes Disney look a little short-sighted from a certain point of view, especially since their own vision could have been adapted with the EU or vice versa and been just as great, if not greater.

But keeping Palpatine out of this does feel as though it would have been a mistake. There were many mistakes in the most recent trilogy however and a lot of people would claim that The Last Jedi was one of the biggest, and that Rian Johnson and Kathleen Kennedy were right on the heels of that one since allowing them to have anything to do with Star Wars has been heavily criticized for a while now. It takes more than one or two people to ruin a franchise, but given how much Star Wars has been under fire since being bought up by Disney, it’s still amazing that it’s been able to make money in the same way that it has for so long. Part of this of course is that despite being upset over the last few movies in one way or another, Star Wars fans are, in a way, like Trekkies in that their loyalty doesn’t end at one bad movie. Otherwise the Star Wars Holiday Special might have killed off a huge portion of the fan base a long, long time ago. The reality of it is that they’ll talk, they’ll moan, and they’ll gripe at the drop of a hat since what they want isn’t always what they get. I should include myself in this matter as well, but unlike a lot of those griping non-stop, which I’ve done in my own spare time, I’m here for the story, and it hasn’t been all bad throughout the saga thus far. The other reason is that we get to pay attention to the parts of the story we like, not just what critics or other fans say. You don’t get to deny the fandom of one person or another by saying they don’t get this or that, or they’re not a fan if they liked something you didn’t.

A lot of folks probably look at this video as what could have been and what sadly wasn’t. That’s bound to happen since there were some great visuals in Trevorrow’s vision just as there have been some great moments in Johnson’s idea and Abrams’. Finding everything negative in each idea is one of the main reasons there’s any controversy, since focusing on those things that don’t make sense and what a person wants to see versus what the story needs is kind of a pointless endeavor. Okay, so Luke harvesting green milk from a giant sea cow didn’t really further the story that much, but it did show that he was kind of a strange old hermit and didn’t care any longer. But yes, it could have been cut out. Still, the many different ideas that different people put into their movies aren’t up to the fans, but neither is the responsibility of holding onto them once a fan decides whether they like it or not. Trevorrow’s version wasn’t used for the final cut, get over it. The galaxy needed a dedicated bad guy to go up against, and Abrams gave it one, and in doing so gave the fans one of the most evil villains that could be found in Star Wars lore. There are only a few other individuals that could even match Palpatine, let alone top him for being so vile, and they would have been far beyond Rey and Ben put together. So in truth, we received the movie that was needed, even if it wasn’t entirely wanted.