Home
Movies
A Collection of Newspaper Headlines From The Movies 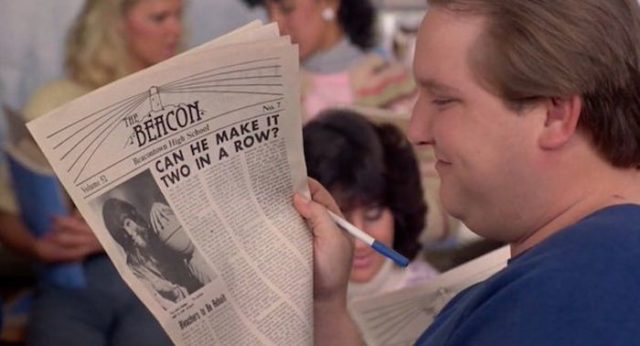 Newspapers in the movies are often hilarious with their headlines and bylines. Obviously most of them have something to do with the movie but in some cases it might have something to do with a real life situation that happens to be covered by the movie. But more often than not the fictitious newspapers or bulletins will be exclusive to the film. Usually the headlines range from normal and conservative to outlandish and quite silly. Those are usually the fun ones though.

The one about Teen Wolf in this upper picture is one that comes out not long after he first becomes the wolf and people have become accustomed to it. He’s stronger, faster, and he’s winning games, so why not?Â  Images obtained via Twitter Account Movieheds. 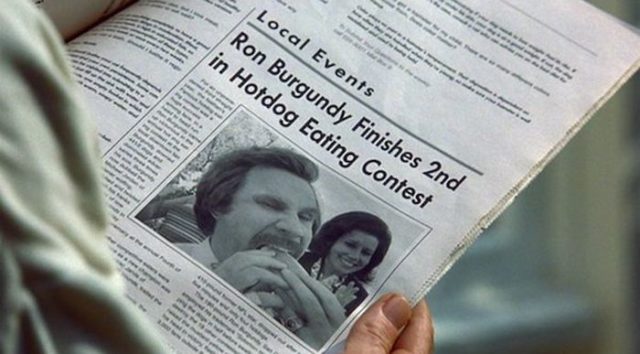 It’s not the most flattering picture of Ron Burgundy, but at least his hair still looks good. 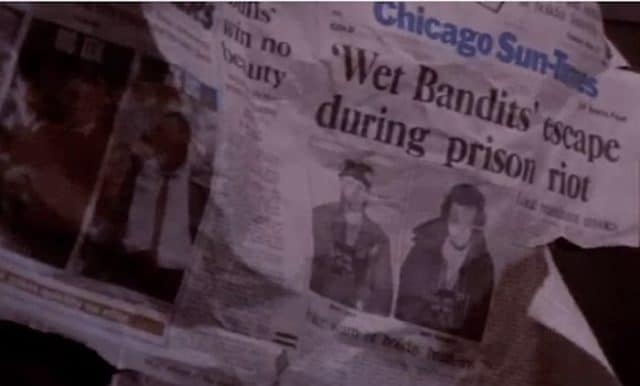 Considering that they were taken down by a kid in the first movie this wouldn’t exactly be front page news. Just have your six-year old set up the house defenses and you should be safe. 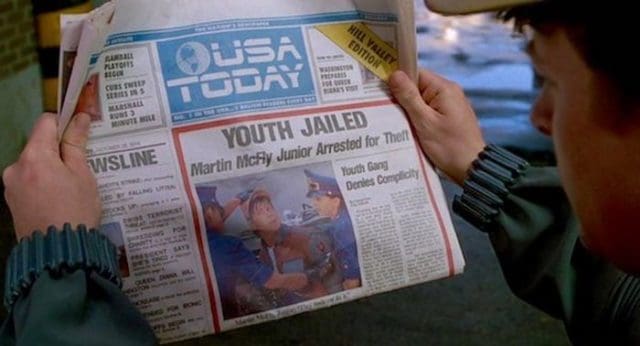 Would you really go back to the past and save your kid from doing something monumentally stupid? Or would you want them to learn a lesson? Straight to jail though would be kind of rough. 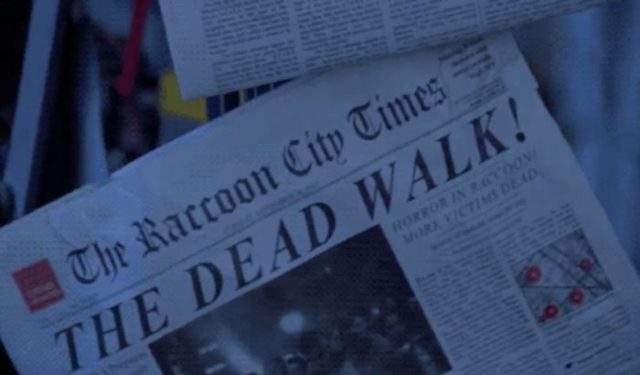 Just imagine the intrepid reporter taking this picture and then probably running for dear life soon after. 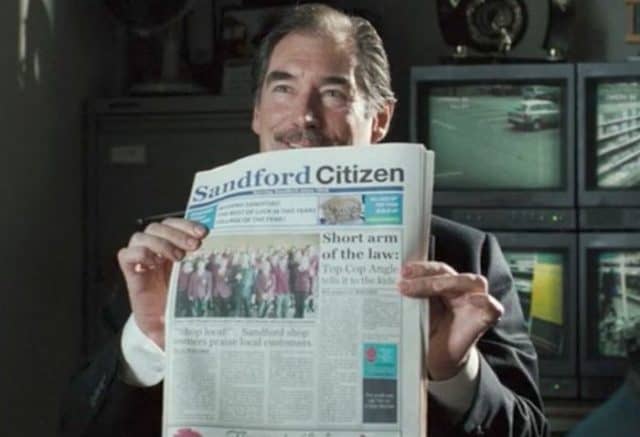 There’s nothing like a cop that’s fully dedicated to his job mucking up things in a nice little town where the criminals are the citizens and vice versa. 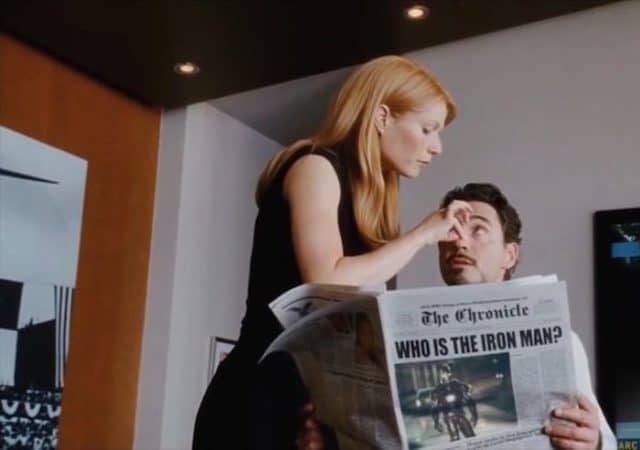 Well now that I think about it, revealing himself as the Iron Man was probably one of the best moves. I mean it’s not a quick change like Superman.

If you notice every title on the tabloids behind him is just simply ridiculous if you really read them.

I get the feeling I should know what movie this is from but I can’t think of it. Not exactly the yuletide feeling you want though.

The Morning Star. A comet arrives. Million watch, fascinated. Oh and then something about a baggage explosion in Tokyo. Who runs this paper? 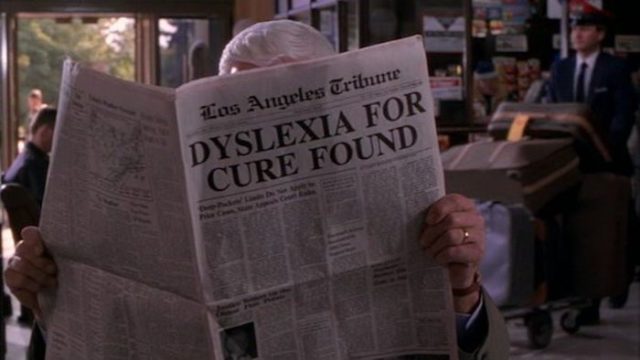 Did get it you? Did you? I had to laugh when I first read this, because a non-dyslexic will get it but their mind will still put it in the right order.

In what world could Jeremy Piven take Will Farrell and toss him around like a rag doll? 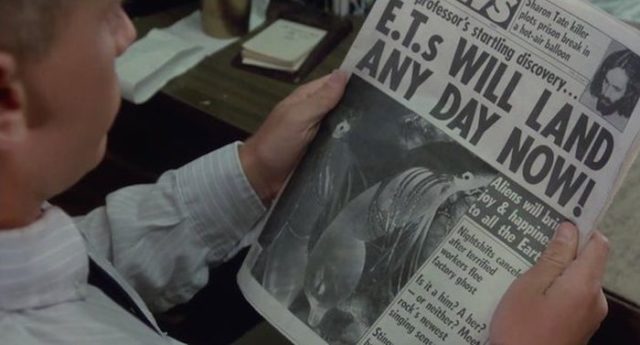 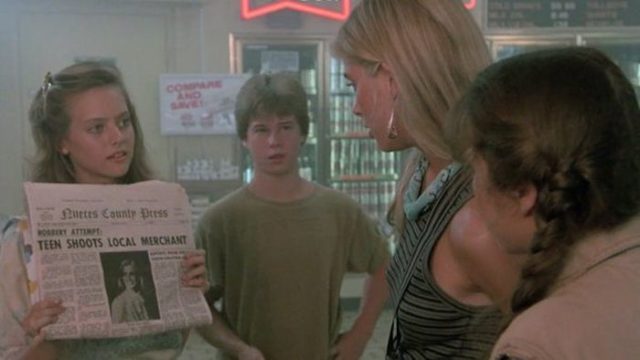 Just the kind of thing you want to share with your friends for a round table moment. 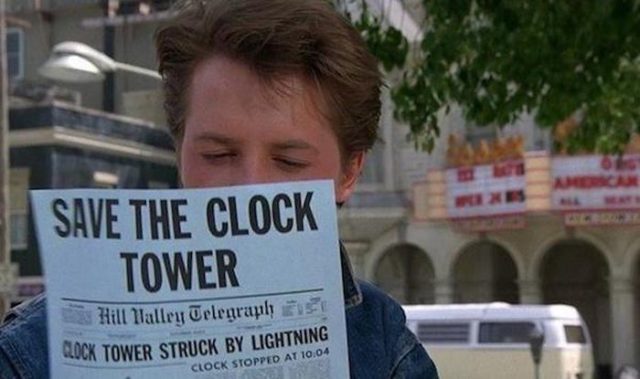 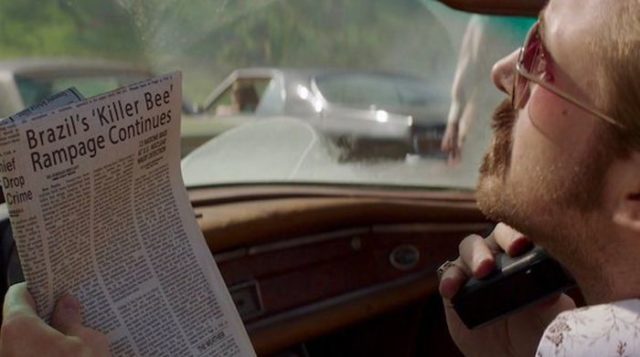 I wasn’t aware that killer bees could rampage but I guess we have to take the paper’s words for it. 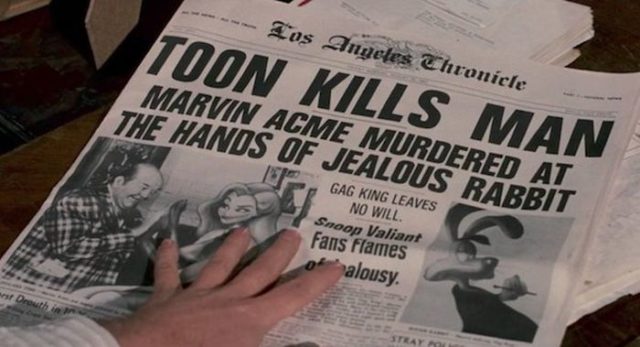 If pattycake is like sex for toons I would really hate to see what happens if they ever experience the real thing. Visions of Cool World, anyone?

Either someone really needs a manicure or this is a Wolverine movie. 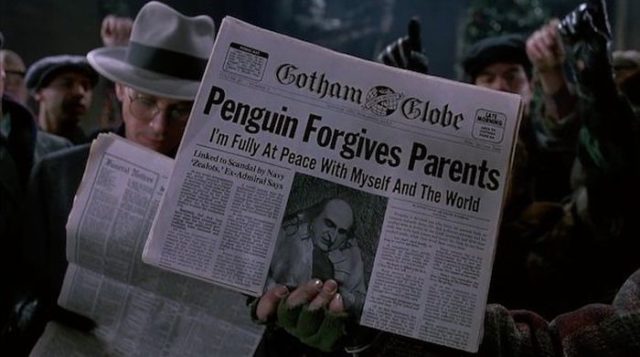 So shouldn’t he be forgiving the world too if he’s so at peace with it? 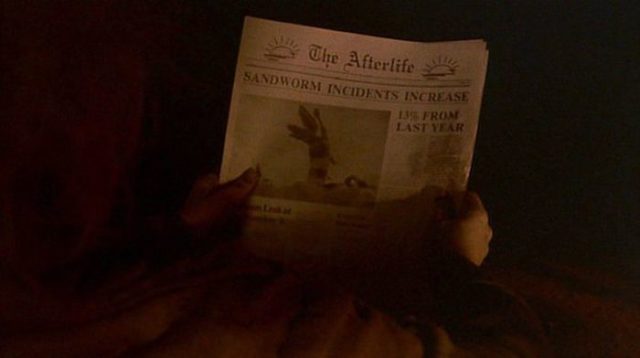 Those darn sandworms just seem to keep multiplying. If people would stop cutting them in half it might help. Get it?

Farming the moon, and Antarctica. What’s there again? Moon rocks and frozen tundra?

Even the cab door had a star on it. If you don’t get the significance then I can’t help you with this one. Captain America? Stars? 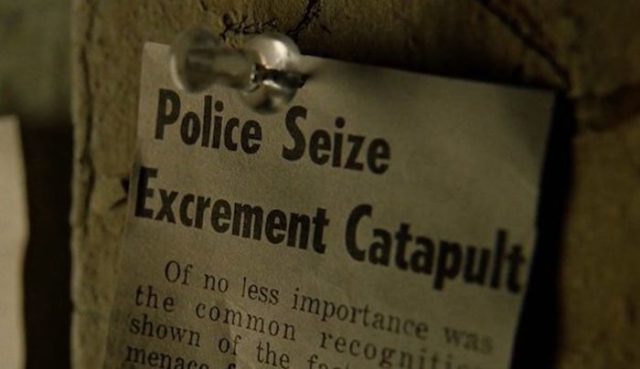 Oh no, not a power outage! I really don’t want to know how the fountain was ‘befouled’, and who in the world would shave a monkey?

In Forrest’s defense the woman was running naked at his side and said she needed to get warm. She must have misinterpreted his actions when handed her his jacket. It’s not high school lady, you aren’t going steady.

See how much fun these can be?