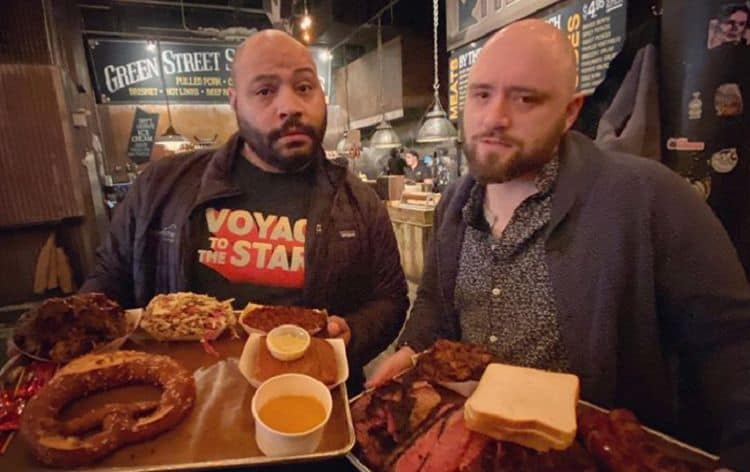 Colton Dunn has been in the entertainment industry for long working behind the scenes as a writer and earning two Emmy nominations. The talented actor who began his career in theater with his first play ever being in middle school has stamped his place in comedy with various shows, the most popular being “Superstore.” He was raised by a single mother whom he credits for instilling in him the drive to keep going until he achieved his dreams. Read on to know more about Colton.

1. He dropped out of college to pursue comedy

Colton enrolled in the University of Minnesota, but instead of concentrating on his studies, all he could think about was comedy. Therefore he decided to drop out after two months to pursue his passion. The interest in comedy had been born a couple of weeks before going to college when he went to New York City and saw a funny sketch show that kept replaying in his mind.

2. He feels the pressure to be in front of the cameras

For a long time, Colton has been a writer hence never cared about much about how he looked. However, now that he gets to be on the screen, Colton feels he has to look good for the camera. He has now become accustomed to moisturizing and face masks, whereas for his fitness, Colton employs the services of a trainer. He jokes about how he took time to get used to dressing up for the cameras during social events and was always surprised to find himself wearing sweatpants while other actors were in suits.

3. He understands Garrett’s frustration in “Superstore.”

Colton felt the connection with Garrett based on his past job in customer service. According to BlackFilm, the actor used to work in a video store. He explains that a video store is where people used to go and rent a movie, and for him to work there, it demanded him to have a lot of patience. As he recalls, a customer would go into the store seeking an action film only to change his mind later and opt for a sad movie. Similarly, Garrett gets frustrated by customers who do not know what they want when they walk into the store.

4. He prefers acting to writing

The craving for appreciation resides in each person; that is what makes performing a much more preferable option to writing for Colton. Although he enjoys writing and it was not hard to transition, he does not regret it since, as an actor, he is treated much better. For instance, he cites that as a writer, he used to get his coffee, but as an actor, it is brought to him.

5. How he deals with haters on social media

No one is safe on social media, and sometimes a small detail can blow up to become one of the worst trolls in internet history. However, Colton does not give haters the time of day. Therefore he will ignore the haters as much as possible, but when he cannot resist, Colton throws some shade and mutes the hater. The actor believes in reserving his energy; therefore, even if the other person tweets the negative comments, Colton will not see them; hence it will not bother him. He opines that social media is a platform to express opinions, not a discussion board.

6. How he came to know that he looked like Uncle Phil

Celebrity look-alikes have had the privilege of getting jobs simply because they look like someone famous. If Colton had paid attention to his looks, he probably would have started making his money ages ago. He did not know that he looked anywhere close to Uncle Phil on “Fresh Prince of Bel-Air.” Therefore when he went to the store, and the person at the checkout said he resembled the guy from the comedy show, Colton was flattered thinking it was Will Smith. However, the cashier clarified that Colton looked like Uncle Phil, and when Colton got home, he searched online for Uncle Phil’s pictures and saw the resemblance.

7. Why he chose to stick with Garrett on a wheelchair

When Colton auditioned for Garrett’s character, the director immediately told him that he would be using a wheelchair unless he was not comfortable with that. Colton knew that acting demands wearing different shoes and depicting various characters; therefore, if that meant being in a wheelchair, so be it. However, later on, the director thought about making Garrett not having to be the “wheelchair guy,” but Colton wanted to be in it. For him, showing Garret as more than just a disabled guy but as someone with much to offer was a priority.

8. He can be spontaneous as an actor

Colton has experience in improv theater, and it has come in handy during the shooting of one episode of “Superstore.” According to UPROXX, when Amy’s daughter gets her first period, Jonah rushes to the store but has no idea what to do. As per the script, when Jonah asks Garett if he knows anything about pizza, Garrett is supposed to say he doesn’t and will instead order pizza. However, in one take, Colton replies with a little information he had read on the internet about menstruation, and the show decided it was better to go with the off-script version.

9. When he knew he would take acting as a profession

Every mother should do what is best for her child; therefore, when Colton’s mother realized he had too much energy, she thought it best to have him in the theater. Consequently, after school, Colton would get on the bus to go to SteppingStone Theater. His joy was in getting out of school, and one day as he rode the bus, it occurred to him that he could act because he liked it.

10. Some of his castmates were his classmates

Colton joined Central Touring Theater, where he met Charlie Sanders and Nick Swardson. Their shared passion for theater and comedy saw them pursue the same career. Therefore, later on, Colton was with Charlie in “Key and Peele” while he also worked with Nick on “Pretend Time.”