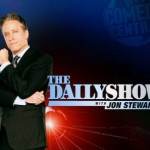 Variety is reporting that Comedy Central has struck new deals with their comedy-news duo: John Stewart and Stephen Colbert. According to the site, the terms of the deal will extend Colbert’s contract to the end of 2012, while Stewart will remain host of the popular Daily Show through mid-2013.

This is great news for anyone who’s a fan of either show. This renewal guarantees that both shows will be running during the next US Presidential Election. While some critics argue that the shows are biased towards certain candidates and political viewpoints, there’s no doubt that their satirical views on the issues always provide for insightful coverage of the campaigns. Of course, the downside to this new deal is that it will certainly kill all fan dreams of a Stewart/Colbert ticket in 2012. Your thoughts?