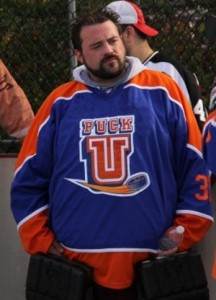 Honestly, I wasn’t sure if I wanted to come back to AMC’s Comic Book Men, for a number of reasons. As I explained during my review of the pilot episode last week, I’ve never been one for reality TV, mostly due to the fact that I lack understanding of where the suspension of disbelief lies. Back in its most recognizable inception of MTV’s The Real World, I could buy into the fact that while edited, most of the events unfolding on-screen were in fact genuine. Today, with reality TV as a billion-dollar industry with hundreds of series churning out program after program, I find it much harder to place any trust in the notion that what we’re seeing hasn’t been meticulously staged for dramatic purposes. And even if reality TV no longer represents anything truthful, why should that affect our enjoyment of it? It’s an endless debate on the nature of fiction, one that I’ve lived far too long and missed far too much to start investing in now.

Yet even with that debate, Comic Book Men gave us a rather weak pilot that shifted between a number of ideas for what it wanted the series to be, never amounting to anything interesting or accessible enough to continue watching. I will say that my interest was piqued by the description of the series’second effort, which immediately sought to cash in on Kevin Smith’s most well-known association by tying Clerks to the series. That isn’t to say that I necessarily approve of milking such a well-known property this early, but I can’t say I blame a weak series for exploiting its most recognizable element when it needs to. Not only that, but the promise of guest-starring Jason Mewes also afforded an interesting opportunity for Comic Book Men to flesh out its approximation of the real world.

Unfortunately, ‘Life After Clerks‘more or less presents the same format as its predecessor, dipping between somewhat staged (if amusing) ruminations of pop culture and comic book ideas, and the Pawn Stars-esque notion of repeatedly bringing in collectors to pitch purchases of their various memorabilia. Somewhere in between all of that, they manage to interject a side-story about an exhibition street hockey game with Kevin Smith, but much like the flea market story last week the idea feels like a desperate effort to characterize its leads outside of the show’s main setting. 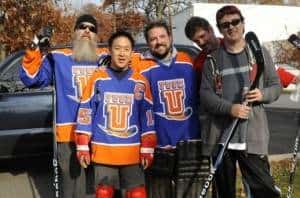 At best, the hockey subplot brings to the forefront one of Comic Book Men‘s greatest strengths, and its greatest weaknesses. On the one hand, hockey represents a huge part of Kevin Smith’s identity, and by association the identity Comic Book Men seeks to represent, so it makes for an interesting point to explore how that pastime continues into their middle age. Comic Book Men doesn’t stop at the notion of geek culture, but rather what it means to continue such enthusiasm into the later years of life, which fits right in with AMC’s brand. If Comic Book Men created some meaningful discourse amongst its characters as to how they rationalize youthful pursuits through the lens of old age I might identify something worthwhile to explore, but as is the thread feels woefully disconnected from the rest of the episode. It’s that same unwillingness to expand upon the idea that does disservice to the series, alienating younger viewers (or players, in this case) that might have input on these aging characters’relevance within their passions, be they hockey or comics.

The other big draw of ‘Life After Clerks‘lies in the appearance of Kevin Smith staple Jason Mewes, who ‘randomly’descends upon Jay and Silent Bob’s Secret Stash supposedly to check up on the employees of his namesake’s store, but also provide a foil to their relatively smooth-running operation. Now, anyone familiar with the works of Kevin Smith knows that Jason Mewes has faced his share of real-life issues in recent years, from substance abuse to career lows, which make the issue an elephant in the room for a supposedly reality-based series. And as fun as it was to see Jason Mewes popping in to gum up the works of the shop, I couldn’t help alternating between curiosity and pity for what Jason’s appearance intended to display. 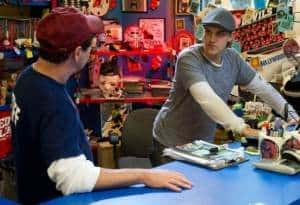 It would seem that such an unusual event as Jason’s appearance could in no way be random (despite the podcasting Kevin Smith’s insistence to the contrary), but what would possess Jason Mewes to skewer his fragile image this way? Or more to the point, why would Kevin Smith allow his life-long friend to be portrayed as an alternately broke, or perpetually childish figure whose only function lies in disrupting professionals? I might understand if conversations between Jason and Kevin led to a relatively innocent proposition of ‘hey, you should totally guest on this show,’but the obscure definition of reality Comic Book Men presents thus far avoids expansion and leaves more perplexity than entertainment.

On the other hand, I like that the episode was able to conclude on a note of optimism, as one of the items brought in for appraisal turns out to be a significantly valuable Star Wars collectible that fetches far more coin than Jay and Silent Bob’s Secret Stash could ever muster, and even Jason Mewes gets a chance to partially explain his bizarre appearance via closing podcast. I remain uncertain if there’s any true value to be held in AMC’s experiment of hosting Comic Book Men, so curiosity, if nothing else might keep me checking out the series. 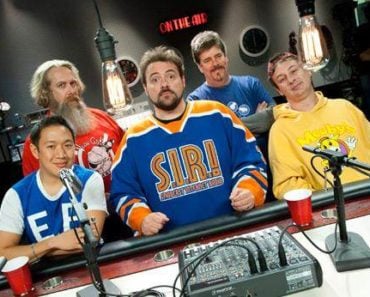 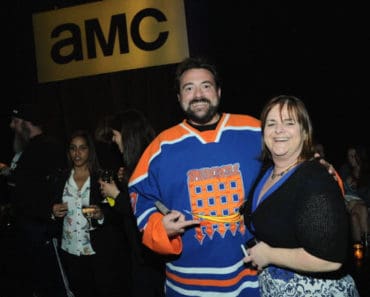 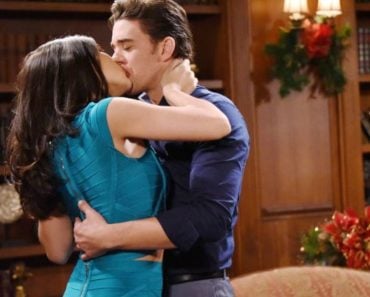