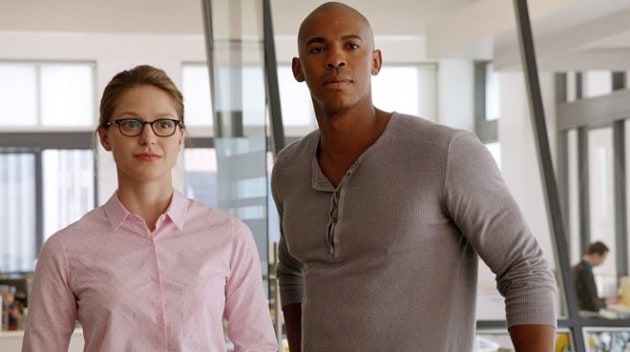 Warner Bros. TV has officially revealed its Comic-Con 2015 slate, and it’s pretty super. Among the shows on the lineup are CBS’Â Supergirl (which will also be debuting its series premiere at Comic-Con),Â The 100,Â Supernatural, andÂ iZombie.Â

Additionally, other WBTV series returning to Comic-Con includeÂ Arrow, The Flash, The Originals,Â The Vampire Diaries,Â Gotham, Person of Interest,Â and The Big Bang Theory, whileÂ DC’s Legends of Tomorrow, Containment, Lucifer and Blindspot will make their appearances at the event.

Preview Night features the world premiere screenings of the pilot episodes for CBS’Â Supergirl, NBC’s Blindspot, The CW’s Containment and Fox’s Lucifer, as well as a brand-new episode of Teen Titans Go!

The 100 (The CW) | Following the lethal events of the Season 2 finale, the cast along with executive producer Jason Rothenberg make their third appearance at Comic-Con.

iZombie (The CW) | After the shocking Season 1 finale, be among the first to get the scoop on what’s next from executive producers Rob Thomas and Diane Ruggiero-Wright, along with stars Rose McIver, Malcolm Goodwin, Rahul Kohli, Robert Buckley and David Anders.

Blindspot (NBC) | The new action-thriller makes its Comic-Con debut with a screening of the pilot, followed by a Q&A with star Jaimie Alexander (Thor films) and executive producers Greg Berlanti, Sarah Schechter and Martin Gero.

Warner Bros. Television & DC Entertainment Present: Super Hero Saturday Night | This three-hour “super-experience” includes a screening of Supergirl, followed by a Q&A with stars and producers; video presentations and Q&As with stars and EPs of Arrow, The Flash and Gotham; aÂ  Q&A with cast and producers ofDC’s Legends of Tomorrow; and a peek at the new digital series Vixen.