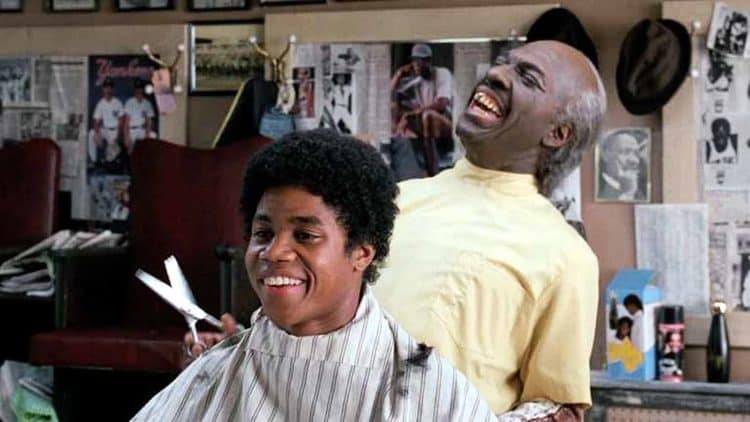 It’s true that some people don’t really like to hear a lot of swearing in movies, while others like it. Then there are those that just don’t care. If a person is going to be honest there are moments when a foul word is called for to mark a stressful or funny moment, but again, opinions tend to vary. Kevin Burwick of MovieWeb has alerted us to the fact that Eddie Murphy has already decided to make Coming 2 America, the sequel to the first, as a PG-13 movie. Take a moment to let that sink in as you hopefully remember the first movie and how much swearing it actually had. In all honesty it wasn’t one swear word after another since no one walked around swearing at people left and right as if they had no better sense. In fact only Samuel L. Jackson’s character had a truly foul mouth since that seems to be the character he was all about for a while, or at least when it was needed.

This seems like a huge mistake since like it or not Eddie Murphy’s comedy roots have a lot to do with his R-rated movies and the foul-mouthed humor that he became known for during his stand-up routines. Raw, Delirious, Beverly Hills Cop, these are just a few movies that have made it possible to laugh with Eddie Murphy and his antics since despite the excessive language one could at least get the fact that this man is genuinely funny and is worth laughing at and with. The initial defense to keep the swearing in the movie seems pretty weak and in truth it’s already been defeated since Murphy has already stated what the movie is going to be like. But again, it does seem like a mistake since going back to a movie that helped to continue and build his fame with a very big impediment such as a PG-13 rating seems like it could sour the experience for a lot of fans that are more than ready to give this movie a chance. Sean O’Connell of CinemaBlend is one of the many that gives a pretty good reason as to why Murphy went without making an R movie for so long. There are those that were skeptical upon hearing the news that another movie was coming out, so this might be another reason to keep those folks away since Eddie Murphy being able to cut loose and say what he wants vs. the family-friendly version isn’t really a fair contest to be honest.

In a big way it’s easy to blame PC culture for this mess when it comes to what people can and can’t say in movies or even on TV. PC culture is too easy of a target however and as such I won’t bother getting into it. But there was a time when people could say just about anything and a movie wouldn’t go past an R rating until the censors couldn’t in good conscience do anything less. In this day and age to be honest there’s still a lot of leeway when it comes to R movies, but dialing it down to a PG-13 rating seems flat out wrong for Eddie Murphy considering how he started out. How many of us watched his stand-up routines? How many people laughed until they cried watching Raw and Delirious? He didn’t hold anything back during either movie and people absolutely loved it, but the moment he went the family-friendly route he was still funny, but it almost felt as though he’d been shoved into a box and told exactly what he could do and say in order to please the crowds. Dr. Dolittle, The Haunted Mansion, and even a movie like Bowfinger seemed as though they were aimed limiting what he could do and what he was allowed to say. As family movies they were good enough and even funny in a lot of different ways, but it wasn’t the same. Eddie Murphy had, for lack of a better word, been tamed.

That’s why his return to stand-up and one of his older movies was so anticipated by some since they were hoping to see him return to the kind of material that helped to make him popular and had energized the audience for so long. Trying to do the same thing with limits in place is a bad idea since it might mean that he’ll appease those that are offended by, well, just about everything, but it also means that he could very well lose a big part of his fan base, or at the very least see them give this coming movie a serious thumbs down simply because the image of selling out would be hard to shake. No one really wants to see him come on screen and start swearing with every other word, but giving in to a moment in which profanity might actually be needed is something we all look forward to now and again. V. Renee from No Film School can actually give people a good idea as to why swearing in movies is somewhat important. After all, it’s not just for the sake of swearing and R-rated material, but some of it does make the movie a little better.