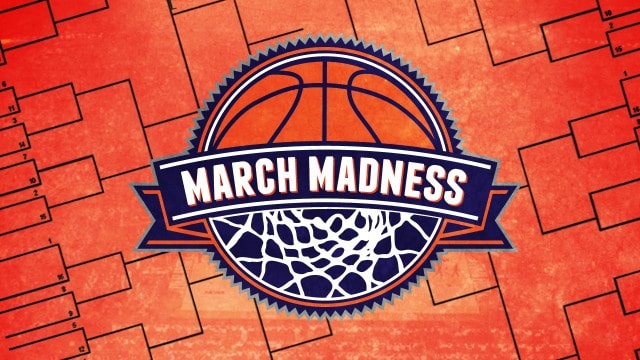 For any basketball fan, March Madness is one of the most exciting events during the year — multiple weeks of incredibly captivating basketball and one of the best parts is everyone is playing for pride. There’s a different vibe to March Madness compared to the NBA since there are no massive paychecks or incentive bonuses flying around. You’re just watching teams leave everything they can on the court in hopes of extending their season and getting one step closer to a National Championship.

This doesn’t even begin to cover the exciting streaks of Cinderella teams or the anxiety in watching a shocking upset come down to the last minute. Inevitably, there are always fan favorites and teams everyone is secretly or even openly hoping they lose. To ensure that you catch all the action, it’s important to note that all of the March Madness games will be broadcasted by CBS or on a Turner Broadcasting channel (TBS, TNT, and truTV). Last season, CBS broadcasted 22 of the 67 games including the National Championship for the 34th straight year. Turner Broadcasting featured the other 45 games including all of the Final Four matchups.

A combination of services will easily let you watch every single March Madness game without the need to pay for cable. Here’s a brief overview of how you can get the channels you need to watch all the games without a cable contract.

CBS, like FOX, NBC, and ABC, is broadcast via an over-the-air network. This means an antenna can receive the broadcast and stream it directly onto your TV. During March Madness, the antenna will let you watch every CBS broadcast game live, right on the big screen. Antennas are affordable and easy to set up, just make sure you choose one with a good reception range.

In addition to the antenna, you can hook up an over-the-air DVR. The DVR connects with the antenna to record any live TV you watch. In addition, you can rewind and pause TV or fast-forward through commercials while watching a recording. Some over-the-air DVRs even have features that you let you stream your recordings or live TV over the internet to you phone, tablet, or computer.

Also, remember that access to CBS, FOX, NBC, and ABC will let you watch tons of other programming. From some of the most popular TV shows on television to watching the Late Show with Stephen Colbert as he continuously cracks jokes about Donald Trump (hey, ‘tis the season). Overall, the antenna gets you a good amount of access.

Last season, CBS offered several free options to watch March Madness games. The network did the same during the NFL regular season and playoffs as well, including watching the Super Bowl free. For March Madness this year, you can watch any CBS broadcast game on CBSSports.com. The limitation is you can only stream it online, so you can’t easily watch it on your TV. But, this would be the perfect solution for catching those Thursday and Friday Round 2 games while you are still at the office.

The app can actually be used to watch the entirety of the March Madness tournament including both the CBS and Turner Broadcasting games. But, it cannot be used to watch the Turner Broadcasting games unless you have a cable login. One recommendation is to search long and far for a generous friend or family member that would not mind sharing their cable login. That way you can sign in to the March Madness Live App and watch every game. If not, you can still watch all of the CBS games for free on the App. Like I mentioned earlier, this could be a great option for stealthily watching the early games during working hours.

During March Madness Sling TV will provide subscribers access to TNT, TBS, and truTV live streaming. Sling TV is a subscription streaming service marketed as a full cable alternative. It has more than 20 cable channels in the starting package including ESPN, ESPN2, AMC, CNN, and HGTV. TruTV is normally only available through an add-on package, but Sling TV is including it in the starting package for the duration of March Madness.

The subscription for Sling TV costs $20 per month and does not require any contract similar to other streaming services like Netflix or Hulu. The add-on packages mentioned above are an extra $5 and include options like the Sports Extra Package (adds ESPNU, ESPNews, and others) and even a Kids Extra package.

Plus, Sling TV can be basically watched anywhere you have an internet connections on most major devices. This includes on your TV if you have a device like a Roku or Chromecast. If you pair Sling TV with an antenna, then you can watch the entirety of March Madness right on your TV.

There’s a free 7-day trial too, so you can always start the trial the first week of the tournament to get a feel for how the service works. Or, you could start the trial during the conference tournaments since several will be broadcast on ESPN networks and can be watched on Sling TV.

So there you have it. You can watch the entire NCAA tournament, no cable required. Here’s to an exciting tournament!