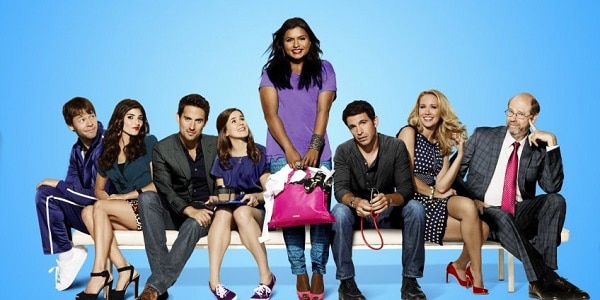 A weird thing happens when a show you like appears on another network.Â  It’s almost like when a friend of yours moves out of town.Â  You’re 100% bound to talk to that person less and when all is said and done you might not be great friends with them anymore.Â  It’s not The Mindy Project’s fault but for some reason ever since it moved to Hulu I haven’t watched it once.Â  It’s the same show.Â  It has the same actors.Â  It has the same writing.Â  Mindy Kaling is as funny as she’s ever been.Â  But I just don’t watch it anymore.

And there’s this phenomenon that happens when you stop following a show that’s still popular and still followed by many.Â  Ever notice that in your head you just don’t think that show is popular anymore?Â  Like right now I just assume no one watches The Mindy Project.Â  I know I’m 100% wrong in making this assumption but when your brain isn’t on a show it’s as if that show has been completely removed from pop culture in your psyche.

Once in a while you’ll see something in your news feed or on your Facebook page, but all in all it’s like that show just completely died down and lost everything for you.Â  And it doesn’t even have to be a show that switched networks.Â  It can be a long running show.Â  I admit I’ve gotten very tired of Modern Family and now, in my brain, it’s like I think the show isn’t popular anymore when in reality the ratings are still high and people love it. Â  It’s just not doing it for me right now.

Am I alone here?Â  Has this happened to anyone?Â  I find it amazing just how easily a show can be such a part of you and then within days or weeks it’s not a part of you at all.Â  I mean I know deep down I should still be watching The Mindy Project but I think it’s one of those situations where the damage has already been done.Â  While I blame myself for this, I also blame FOX for canceling the show.

Mindy, if you’re reading this, tell to me to start watching your show again because I know it’s good!Â  I’m just way too lazy.Â  I guess this is the world we live in.Â  Our attention spans are so short and there’s so much out there for us to absorb that the slightest change can completely change your TV programming preferences.

Oh well, on to the next show.