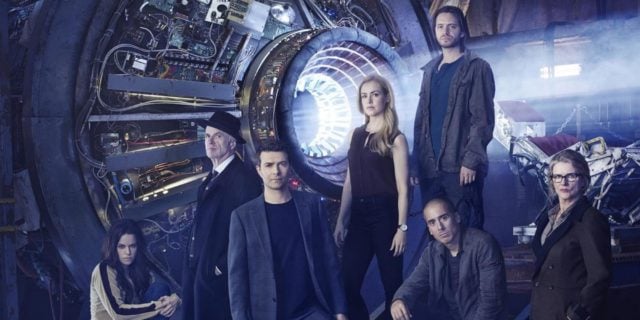 In 1995, a sci-fi movie called 12 Monkeys managed to earn $168 million on a $29.5 million budget. Furthermore, it met with a positive response from the critics, so much so that it managed to collect a number of prestigious awards and accolades. As a result, it is no exaggeration to say that 12 Monkeys was both a commercial and a critical success, which explains why there are people interested in tapping into its potential in the present.

In brief, 12 Monkeys is a sci-fi TV show based on the sci-fi movie of the same name. It can be described as a mystery drama, seeing as how it is about a scavenger from the future named James Cole who has been sent back in time in 2015 in order to prevent the plans of a mysterious organization called the Army of the 12 Monkeys to unleash a dangerous virus that caused the death of seven billion humans in 2017. In 2015, Cole must secure assistance with the completion of his mission while also pursuing the leader of the mysterious organization, who is known by nothing but the Witness.

The end of the world has been a source of fascination for people since ancient times, as shown by the countless examples of people who predicted that it would come within their own lifetimes. As a result, 12 Monkeys should prove interesting to a wide range of viewers, particularly since its premise ties into some rather relevant issues in modern times. For example, the fear of a super-plague is not unreasonable in a world where the excessive use of antibiotics is creating super-bugs that are resistant to the existing tools in our medical arsenal. Even worse, the inter-connected nature of the modern world means that should a super-bug manage to break out of containment, the consequences could be catastrophic.

A lot of sci-fi franchises are reliant on their flashier aspects to sell them to potential viewers, but it should be remembered that fundamentals such as an interesting plot and sympathetic characters are just as important for them as for other TV shows. Fortunately, 12 Monkeys doesn’t just have sympathetic characters, it also has cool characters in a cool setting. Better still, none of the characters in the TV show remain static, meaning that each one of them, ranging from the every man hero who stumbles into his position to the good-natured Dr. Railly, change and grow into something more as events continue to happen.

The liveliest fandoms are often the ones that get to interact with the creators on a regular basis. Unsurprisingly, 12 Monkeys does not stint in this regard, as shown by website resources, live video chats, social media interaction, and numerous behind-the-scene looks at what is going on. Furthermore, the cast and crew of 12 Monkeys go to great lengths to answer questions, make shout-outs, and otherwise show their appreciation for their fans, thus showing the strength of the bond between them and the fandom as a whole. Something that can make for an even more positive viewing experience.