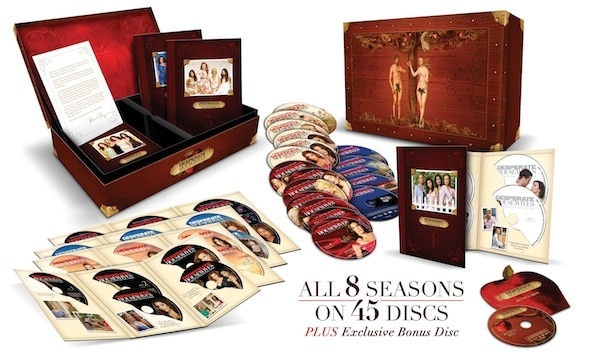 Sign in with the Big Door widget in the bottom right hand corner of your screen (see that little icon with the coins?). Â You can login with your Facebook account, if you have one. Â Or choose another method.

Readers can earn virtual currency by doing simple things like signing in for the first time, sharing content with Facebook and/or Twitter, visiting the site every day or completing quests. Â Once you have some virtual coins, click on the little gift box icon (“Rewards”). Â Select the contest and redeem your virtual currency for entries in a random drawing that will award the DVD set to someone.

There is no limit on the number of entries per person, so the more points you earn and redeem for entries, the better chance you have of winning. Â Don’t worry, it’s very “cheap” to enter the contests. Â Right now you can enter 4 different draws just for the prize of signing in.

The winner will be randomly selected on October 17 and will be notified by email. Â The studio will handle prize distribution.

Bonus Features for the DVD include: