Home
TV News
Could Supergirl’s Dreamer Get Her Own Series? 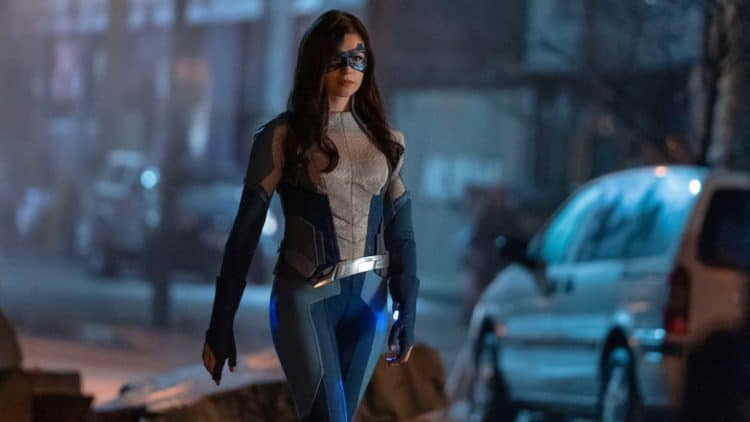 It almost feels at one point that the public would find themselves getting tired of superhero shows if every last character in the comics and the shows were allowed to have their own series or solo movies. Dreamer from Supergirl on the CW is another character that many people apparently are pulling for when it comes to giving her a series all to herself. Even if she doesn’t get her own show then it might be wise to keep her around since many are of the mind that her story has been fully told yet, and could use a lot more fleshing out in order to understand who she truly is and what there really is to her person. As another alien living on earth and living in a town that’s populated by aliens, Nia Nal is definitely someone that has a history and a longer story to tell. On top of that, being the first transgender hero on TV is something that should possibly give her a little more leeway when it comes to having her own show since whether a person wants to admit it or not, this is the kind of diversity that people are looking for at the moment.

That might sound a bit crude since it’s trading in on the fact that she is transgender and a POC, but at the same time, this is what is being pushed quite a bit in show business since representation issues have been cropping up all over the place in recent years. Being both, it would appear that Nia Nal should be one of the first in line to get her own show, and yet if it did work it almost feels as though many people might still find something wrong with it, no matter what it might be. This is the problem with trying to please, placate, and pander to people, once they have what they want it’s likely that they will find fault with it for some reason. The fickle nature of fans is one of the only reasons why giving Dreamer her own show wouldn’t be a great idea. Otherwise, it doesn’t sound like a bad idea so long as she can keep up the act in the same way that made the character popular on Supergirl. Things do change with many characters once they’re given their own show, and it’s happened enough times that this should be a thought if anyone had the idea to actually make this happen. Once a person has their own show, things are bound to take a turn in one direction or another unless the same formula is being applied that helped to make them so popular in the first place.

The idea of Dreamer taking on her own show is bound to transcend the usual hero stereotype and contain a great deal of realism that people will respond to in different ways. How this will be handled, if it ever happens, is bound to create some controversy, but at the same time, it might actually raise awareness as well of how this hero fits into the DC universe and how she’s liable to change things in her own way. Decades ago a gay or transgender character might have been seen as a bit of a scandal if it was being pushed to a younger audience since it would have been seen as something both deviant and undesired by parents and many others. Now, however, in the current era in which we live, Dreamer is an indication of how things are changing and how attitudes need to change in order to fully accept people for who and what they are. There’s no doubt that there would be a bit of pushback on this idea since a lot of people might want to see something different, or it might be that mention of it could rile some folks up that don’t want to think about it as much but will still be opposed to it all the same.

I’ve usually said that as long as the person being tapped for the role can play it, then let them play, no matter what they look like or who they are. There are obvious moments when some ideas might not be the best, especially if they’re meant to provoke a reaction and not prove or make any point other than to thumb a nose at someone. But with Dreamer the idea would be to continue the character’s arc and give her a real story that could be worked with and developed to the point that it might be seen as a great standalone project. Whatever reservations or hangups people might have concerning the show would need to be stowed in order to simply push a story that might actually be kind of interesting if it was developed further.