Home
Entertainment
Could Zac Efron Ever Win an Oscar? 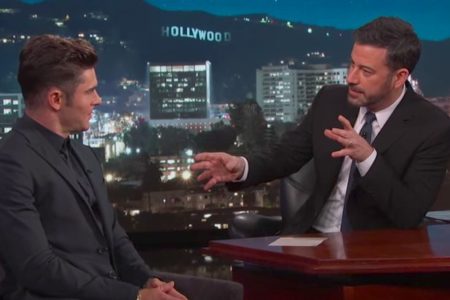 For the longest time the only answer to this seems like it would have been a resounding no, but at this point in his career it might be time to start thinking that Zac Efron might actually be in line to start getting the look, if not the nod, for an Oscar nomination. There’s still a lot working against him it would seem since he’s been seen as one of the guys that is fun to watch and has a lot of spunk and talent to him, but at the same time just hasn’t been seen as the same caliber as a lot of those that have been able to hoist that small golden statue high and proclaim that they made it. In a big way he’s been like the guy that wants the party to keep going and continues to play the fresh-faced preppy character that’s either a frat boy or a nice guy that wants to impress people and look good while doing it. This might seem like an unfair estimation but at the same time it’s kind of accurate considering some of the movies he’s starred in.

Let’s be honest and say that he was never going to get the nod for his High School Musical days and he definitely wouldn’t get looked at for his part in Neighbors or the sequel. If there was any movie that should have given him a bit of consideration it was Charlie St. Cloud since it was one of the movies that showed just how good he could really be. Efron is more than one-dimensional, but it takes some real effort to bring that forth it would seem, and movies like Baywatch and Dirty Grandpa just weren’t going to cut it. Honestly I happened to like those movies since they were hilarious no matter what anyone says, but they were flashes in the pan for a guy that’s been seen as a pretty boy and someone that women drool over but wouldn’t think twice about giving an Academy award to when it comes to his acting. Does anyone still remember how long it took Leonardo DiCaprio to win an Oscar? It might be that way for Efron if he really puts the pedal to the metal and tries to reach that podium to give the acceptance speech that so many people seem to have ready but never pull of as they want.

It’s going to take something monumental to get Efron to that podium, and more than just monumental for him, since if you’re keeping track, the Academy Awards have become a massive joke of an awards ceremony, as Nick Doll of LRM would agree, that seems primed and ready to be a platform for social justice warriors (yes, they still exist sadly) and their supporters to remind America why those of a certain skin color should apologize, always, and why there’s so much inequality in the world that only seems to matter when the person speaking at the podium brings it up. Anyone notice how those that speak the loudest at these awards ceremonies are the ones that benefit the most from the system they seem to despise? Anyway, getting back to the point, it’s not likely that Efron will make that walk unless he puts in an overwhelming performance that simply can’t be ignored, or he abandons his love of acting to embrace principles that are only important if one is ready to embrace the massive popularity contest that the Academy Awards have become. Seriously, at this point the only importance that comes with the Academy’s is that an actor and the movie they’re working on get to announce the fact that they’re an Oscar-winning actor. Has that helped the lot of them so far? In some cases yes it has, but in others it seems like a curse since if they don’t perform as well as they did to get there (cough, Brie Larson, cough cough, Meryl Streep, cough) then the dreaded Oscar curse is said to have struck and their career begins to take a nosedive or at the very least seems to plummet a bit until they can find a way to make the fans like them again. Gabbi Shaw of Insider might be able to shed a little more light on the curse.

So really at this point it’s not so much as whether he WILL earn an Oscar one day, but instead it’s a matter of whether he should really strive for such a thing. It’s one more thing in a person’s home to get dusty, one more thing that says “you matter” when the legions of fans that will follow the celebrity’s every move doesn’t seem like enough. The one great thing the fans can do that the Oscar can’t is continually validate that actor’s existence for good or ill, while the tiny golden figure is bound to mock an actor just as much as vindicate their talent.