Home
Revenge
Courtney Love to Recur on Revenge: Will She Be Margaux’s Ally? 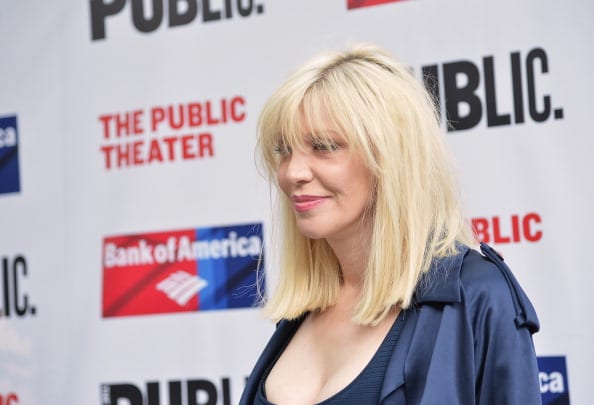 After hanging out with Taraji P.Â Henson’s Cookie for multiple episodes on FOX’sÂ Empire, Courtney Love is headed to another soapy drama with a powerful matriarch, as she will be joining Revenge‘s fourth season in a recurring role. And while it’s still unclear if Love will have much interaction with Madeline Stowe’s Victoria, thanks to People.com, we know who will be bringing her to the Hamptons: Margaux.

According to People, Love will play a “jetsetter” named White Gold (yes, that is, in fact, her character’s name) on the ABC drama who comes to the Hamptons because of Karine Vanasse’s Margaux. However, it’s still unknown if White Gold will be friend or foe to the media mogul, who has been on a war path to take down Emily after Daniel’s death.

Before People.com reported Love’s casting (and released the first exclusive photos of her), we here at TVOvermind learned about her recurring role on Revenge during our exclusive interview with James Tupper, who plays David Clarke, and he explained why it was a big deal for Love to come on the series.

“Courtney Love also comes on the show…It’s exciting,” Tupper told us earlier this month. “She was asked, “If you could do any show, what show would it be?” And she said, “Revenge.”Â  She came on the show and she was like a fan….She was automatically close with us, which was really cool.

In addition to her most recent role onÂ Empire, Love also guest starred onÂ Sons of AnarchyÂ this past fall. Her recurring role on Revenge begins on March 29.