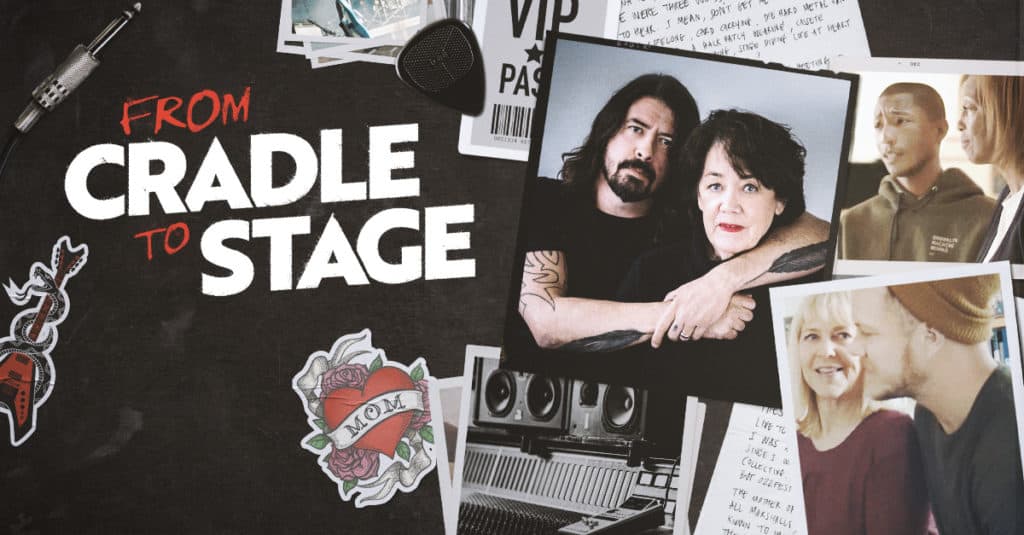 It can’t be easy for parents that watch their kids entertain skills in something they’re passionate about while somehow tanking their education, especially when the parents in question are educators. Cradle to Stage has already shown us the case of Dan Reynolds from Imagine Dragons and how he rose to fame, but this week we had the chance to meet up with Pharrell Williams and his mother Carolyn, who, like Virginia Grohl, the originator of the book that inspired this limited series, was an educator for many years. And also like Virginia, Carolyn had to come to grips with the fact that her son, Pharrell, who would, later on, become one of the biggest names in music and pop culture, wasn’t the greatest student. It has to be more than a little frustrating to be all about education and to see your own child failing or coming close to failing classes, but the fact is that Carolyn saw that her son had a strong talent for and a deep love of music from a young age, and this was noticed by her relatives as well. A lot of us have likely banged on pots and pans as young children, as it’s pretty natural to find out what sounds are produced and in some cases how those sounds can be repeated. For some that love never goes away as it continues to grow and build throughout the years into something deeper and even more meaningful as a musician could very easily be born from those simple times. It’s fun to learn about how some of the most famous musicians managed to get their start, and hearing that Pharrell grew up in the projects might not surprise anyone and be labeled as a stereotype, but the fact that his mother was a hard worker and an avid student played a big part in Pharrell’s life as it taught him the value of working harder than anyone else, a trick that has elevated him to his current status in fact.

As someone that used to be writing stories when I was supposed to be focusing on schoolwork and exams, it’s easy to understand this aspect when Pharrell admits to writing lyrics and beats when his focus needed to be elsewhere. The passion a person has for what they love to do can interrupt at any given time since it’s not content to wait, but the fact that it’s capable of being so disruptive is what makes it tough to fight against, so some folks just stop fighting. To learn that both Pharrell and Dave Grohl had such issues in school isn’t too hard to think about since their passion for the music was great enough that it continued to intrude upon the life that their parents might have wanted for them and the straight and narrow line that their families might have wanted them to walk. That wasn’t their path though, and there was likely a part of both men that knew it and recognized that they had to break out of the system that wanted them to do one thing or another in order to do their own thing. As it’s been seen, both men have been successful for a while and have a lot to show for their choices in life. It was interesting to hear that Dave Grohl can’t read music, and never has. This would mean that he’s more than skilled at what he does, but that he’s going off of pure skill that’s benefited from years of practice and repetition, and that he has a definite ear for music. One of the funniest stories about Pharrell though was when one of his grandmothers was asked if she liked his music, which is amusing since with such a church-going family one would imagine that such devout individuals wouldn’t approve of the language he uses pretty frequently.

Apparently Pharrell’s grandmother said simply “It’s his job” as a way of accepting what he did and giving what amounted to her approval, since as any Pharrell fan knows his language in various songs has been a little rough. It’s comforting however when one’s family can be this supportive no matter that they have misgivings about watching their child do something that sounds as though it might be the worst idea in the world. Breaking into the music industry isn’t easy, but the thing is that those with the real passion don’t end up quitting that easy either. If it’s a hobby then one is better off getting an education and trying to make a life for themselves in another way, but if it’s something that dominates their every waking moment then it might be that they’re better off seeing if they can make it work. Passion and good sense don’t always walk hand in hand, but when placed together they can create something amazing.