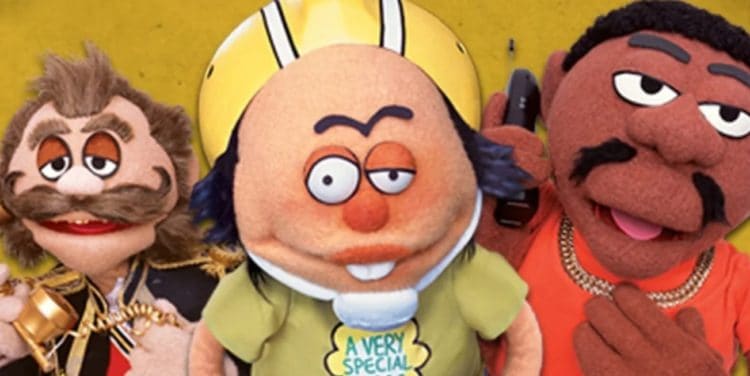 When the Crank Yankers first started up a lot of people could hardly believe it was real, but then when it was established that this was in fact a real program on Comedy Central it was still hard to fathom since it was such a crazy show. Having started up in 2002 though it definitely belongs to a different era since the early 2000s were still too similar to the 90s in some ways and the type of humor hadn’t fully evolved just yet, meaning the gross and unusual stuff that people laughed at less than a decade before was still the norm and was fully accepted by those that thought the show was one of the best things that Comedy Central had rolled out in a while. Does anyone remember when this channel was nothing but absolute hilarity and craziness on a level we haven’t seen in a while? It’s almost as though TV itself has become way too serious, even when dealing with comedy.

The original title of the show was going to be Prank Puppets but for some reason the name sounded too malevolent so it was changed to Crank Yankers, which a lot of people might think sounds rather sexual in nature and yet was still approved. The last we managed to see of this show was back in 2007 when it finally went off the air, but apparently someone wanted it back and is willing to dig up the old characters and make it work again. This does seem to be the theme these days, pulling out whatever’s in the closet, knocking the dust off of it, and making it work once again. The only issue with that seems to be that since it belongs to a different era it has to be revamped in a big way and given a new look and sound so as to not risk offending anyone or possibly turning off the audience. There are likely to be plenty of people that will continue to find this show hilarious and absolutely over the top when it comes the sense of humor it promotes, but in this era it would also seem as though it might offend a good number of individuals that could possibly be triggered by what the program sees as normal.

What’s really funny about this as per Jake Lauer of Paste is that the art of the prank call is something that was insanely funny back in the day to some people and seems to have lost its allure in the current era not only because of caller ID, but also because it’s become yet another offense that could land a person in serious trouble. And yet if you want even more amusement you might think about the fact that one of the men that started this is Jimmy Kimmel, a comedian that has in recent years seemed to be trying hard to escape the past in a way even though back in the day he was partially responsible not only for this show, but for The Man Show as well. Anyone remember that? The moment Kimmel opens his mouth about anything offensive all one has to really do is remind him that he was a big part of a couple of shows that were built on being offensive and socially unacceptable by today’s standards, though it’s likely that he might shrug it off and claim that he didn’t mean to offend anyone. It’s likely that he didn’t, but his holier than thou attitude that busts out from time to time seems to be at odds not only with the past he came from, but the fact that part of it is going be rekindled this coming September. Crank Yankers after all is a show that is built around something that might offend a great many people these days and is the kind of edgy, devil may care idea that helped to continue the kind of comedy that we once thought was so entertaining before PC culture was really allowed to take over once again.

Yes crank callers were a pain the rear, and yes, before caller ID there wasn’t a lot of chance to see who it was and just avoid them, but the show itself was meant to be something humorous and entertaining and a mockery of prank calling that made fun of the callers more than anything. It might be interesting to see the overall reaction of the fans to the fifth season of the show when it finally arrives as it would seem that the US is still a nation that likes to have fun and engage in the kind of humor that’s not always PC and safe, but is still out there and in your face and unapologetic about it. After all, humor is a part of life that isn’t perfect but is meant to alleviate the pressures brought on by what we deal with each day.