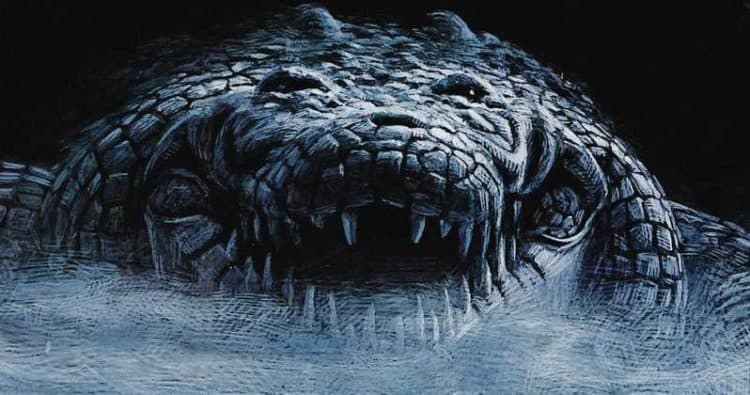 As much as I’d rather not criticize, it’s become obvious that any article site one visits is going to start praising Quentin Tarantino after commenting for a couple of sentences on his decision to name Crawl as his favorite movie of the year. This seems to be the trend as Ryan Lattanzio of IndieWire would indicate since Tarantino is a film legend to a lot of people and his words seem to come weighted in gold for many. Granted, the guy has made some great movies, but thinking that this is news is one reason why journalism is dying or has long since passed and needs a proper burial. It’s easy to call Crawl what it was, a schlock horror movie that some might have thought it was trying to be smarter than it actually was. It was a summer movie that was there to be enjoyed by people that wanted something off the wall and removed from reality since in real life the possibility of escaping such a situation would be so abysmal that most bookies wouldn’t even take the bet that anyone would be coming out alive.

Tarantino is a great director, no arguments there, but his words as far as liking something or not really aren’t worth much more than anyone else’s, no matter what he’s done and what he’s accomplished. Crawl was a victim of its own hype in a way as Michael Nordine of The Wrap might agree, which is hard to say since the hype wasn’t even that great. It was basically ‘here’s a movie with a hurricane and alligators’ and then it was almost here. The rushed feel of this movie was something that kind of threw a few people off and didn’t exactly endear them to the low-level charms it might have held, but thinking that it’s important to note that Tarantino had something to say about it, well, that’s nice and all, but quite honestly he’s known for going a different way than the crowd. Maybe that’s why I like the guy, maybe it’s something else, but it’s also why I won’t bother thinking that his word is worth so much more than anyone else’s. Tarantino has always marched to the beat of his own drum, which has given him the chance to be a unique and sometimes very maligned individual that doesn’t care about the hype or criticism. That’s a big reason why his words don’t mean much, he’s just an ordinary guy that’s been made extraordinary by the experiences he’s had and the pedestal that the fans have put him on. He’s got a bit of an ego, that much is certain, but he’s also someone that’s doing things his way and is more or less a product of the fans. If not for the fans he’d likely still be doing what he’s doing, but he might have found it insanely taxing without anyone trying to build him up at this point.

Maybe that’s the issue that Crawl had when it came to its popularity. Seriously, a horror movie, good or bad, usually gets some attention no matter if it has a ridiculous premise or is actually pretty well grounded and has the ability to be taken seriously and seen as something quite valuable. Crawl was hard to take seriously for a few reasons, but it could be because of this, in part, that Tarantino thought it was that great. The idea of a hurricane leveling a town isn’t exactly something that a lot of people that live on the southeastern coastline of the country might find entertaining since too many of them have lived under the threat of such a thing or have experienced it firsthand, but in terms of a horror movie it does add a very dangerous element that can’t be ignored. But thinking about what might come in with the storm, particularly in a flooding situation, is even worse. Throwing ravenous alligators into the mix however seems kind of silly in a way, but obviously it got the attention of some. Hilary Elizabeth of ScreenRant has a few movies that people might like if Crawl was seen as enjoyable.

All in all the movie wasn’t a total flop it would seem but it did earn a place as one of the movies that managed to gain some attention just because it managed to show up. The cast, despite being composed of some familiar faces, wasn’t much of anything special, and the whole plot line was like a cross between Lake Placid and Hard Rain, so it wasn’t one hundred percent original but it did manage to entertain some folks. As for Tarantino, well, he’s got his own opinion on what works and what doesn’t and he voiced it just as anyone else would. The only issue there seems to be people taking this as something newsworthy. It’s great that he liked it, no matter what else is said, but it’s time to move on.