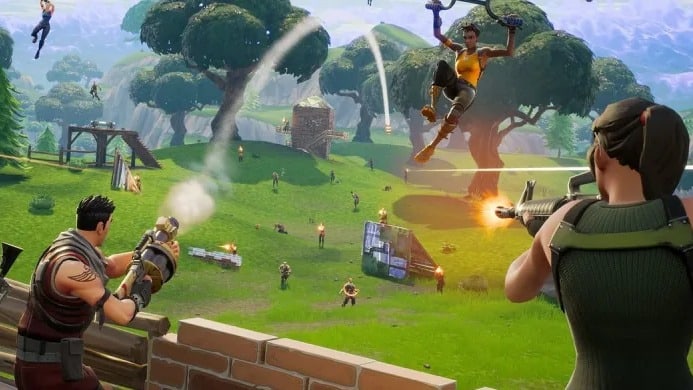 Admit it, you rolled your eyes when you read the title. That’s all well and good, it’s perfectly okay to think people are crazy or unbalanced if they can get the cops called on them because of a video game. Some folks do tend to take their gaming a little TOO seriously and as a result go a bit overboard. Kaylee Fagan of the Business Insider wrote a piece concerning how gaming can lead to false arrests through Swatting, which put simply is what happens when cyber-criminals call a SWAT team to deal with a reported ’emergency’. Despite being a false emergency and therefore a damaging and very insulting blow to someone’s reputation it is possible and has happened. Other instances however do take place in which the perpetrators are the gamers themselves, such as when Jamiel Lynch and Darron Simon from CNN reported on a perpetrator that had made his intentions towards a girl in his home known and then left the mic on during the incident. You wouldn’t think that someone would be foolish enough to admit to a rape and then go do it, and then come back to the game, but obviously not every gamer in the world is that intelligent.

Here are a few other instances in which gamers were arrested for various crimes.

Hayes Hickman from Knox news told the story of a man that became so enraged by a video game, the title remains undisclosed, that he went and fired off 16 rounds at the ceiling and the walls of his home. Apparently one or more of those shots went through his bedroom wall and struck a nearby neighbor’s home. Thankfully no one was hurt, but this is a good example of why some folks shouldn’t play video games. It’s true that they do cause a certain amount of anger if you end up losing, but quite honestly if you can’t stand to lose then it’s time to see a counselor and come to a better understanding of what life is about before you start playing a game that imitates life in any way. On another note, it doesn’t help that this sounds as though it was a very serious manifestation of PTSD.

Get this, a grown man can’t stand losing a game to an 11-year old boy and thought it was a good idea to start making death threats. Even in play that doesn’t seem kosher and it’s more than a little disturbing to think that any grown man thought this would be okay. Like a lot of others in this world I’ve played video games with a kid before, and subsequently been beaten down without much effort. You shake your head and smile and realize that kids’ reaction time is simply too quick to match sometimes, especially given that they’re growing up with this technology and those of us who are older are having to try to keep up.

Tom Steele from Dallas News went on to describe just how a teenager in Texas was actually giving out details of his plan on how to shoot up a school while playing an online game. Seriously, how dumb can some people be? It’s horrifying enough that this kid thought he was going to be the next school shooter, but to think that it was a good idea to speak his plan aloud online was something straight out of the How To for Dummies series. It’s said over and over that the kids coming up these days are wrecked, messed up, and never given the chance to excel, but when someone goes online and starts talking about shooting up a school one has to wonder if it’s really the parents that have done this or a bit of crossed wiring that nobody knew about.

James Galdino from Gameranx clued us in to how hackers were starting to sell cheat codes and various mods to players to help them advance in certain games. Now that’s bad enough since it gives a lot of players unfair advantages over others, but it’s not why the hackers were sent to jail and are now facing fines that range into the millions of dollars. The reason for this is that not only were they selling the cheat codes and mods, but they were stealing personal information that could give them access to the accounts of those they were selling to, basically giving them a way to ruin peoples’ lives.

So let’s be clear, there’s no reason to vent your frustration on anyone else when you’re playing a game, especially your family or, for that matter, ANYONE. Unfortunately a gamer that was playing the popular title Fortnite didn’t get this memo since his actions were recorded on Twitch while he was playing the game. Apparently his pregnant, yes pregnant, wife was attempting to get him to do something and he simply wanted to play his game. Instead of being a decent spouse he decided to slap her not once but twice and as a result of being live and online he was found out and arrested for domestic abuse. It’s not exactly wise to assault someone when people can hear and see you, and it’s not at all okay to put the game ahead of your family’s well-being.

Let’s be fair though, a lot of gamers, despite being obsessed at times with their games, do manage to follow the rules and live very productive lives.