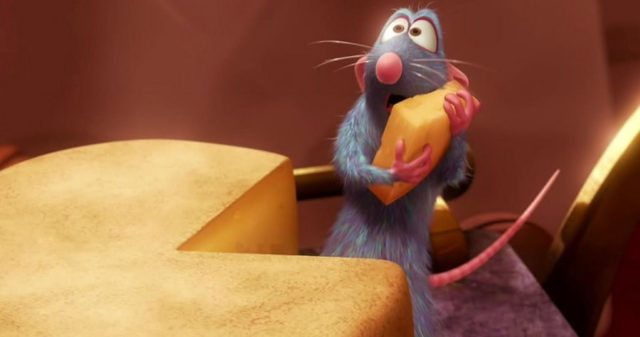 I’m not sure how this was a dance spectacular, it really seemed more like a different score using the various screenshots from the movie, particularly when Remy’s father finally decided to back his play and lend his support. It was still a special moment in the movie Ratatouille however since it finally showed a sense of solidarity between Remy and his fellow rats, and a healthy respect between Linguine and Remy that transcended a simple friendship. The movie itself was just flat out cute and offered up a great message like many Disney movies do.

Ratatouille is about doing what you’re passionate about and what makes you feel good while you’re doing it. Rats aren’t generally given a second thought when it comes to exterminating or ignoring them in their own domain, but you’re never going to be likely to hear someone beaming with pride as they describe that their head chef is a rat. This is a Disney concept that carries a lot of weight in this particular universe but nowhere else, but the message is still very poignant. If you want to have something you’ve never had, you need to do something that you’ve never done before. In this case Remy went on to do something that no rat had ever done before in all of history, he learned how to cook through a self-taught method that would have given many a chef pause when considering just how to begin.

‘Anyone can cook’ is an ideal that, while specific to this movie, is still something that is uplifting and gives people an idea that there is almost nothing that anyone can’t do if they really apply themselves. The message given is that with teamwork, support, and a good understanding of one another anyone can work together and create something wonderful. In this movie however the idea that anyone can cook is kind of a jab at the elitism that is so inherent within society and that states that it takes someone with the knowledge and experience to do what the masters are capable of. The idea that someone who knows almost nothing and learns by doing is ridiculed throughout the first part of the film, and is reinforced in many ways up to the point when the entire kitchen staff walks out on Linguine after his explanation of how Remy did all his cooking for him, through him.

From that point on it looks pretty hopeless since Linguine and Remy can’t run a kitchen and the front of the house alone, which would mean that Gusteau’s would have to close down and thereby give their harshest critic, Ego, the victory he was seeking. But then Remy’s dad steps up and, seeing what this means to Remy, unites the clan in the singular purpose of helping out so that his son can realize his dream. They don’t know anything about cooking, but they know about family, and they know about supporting one another when it’s needed.

That’s about as powerful a message as Disney needs for any film to be considered a great one.