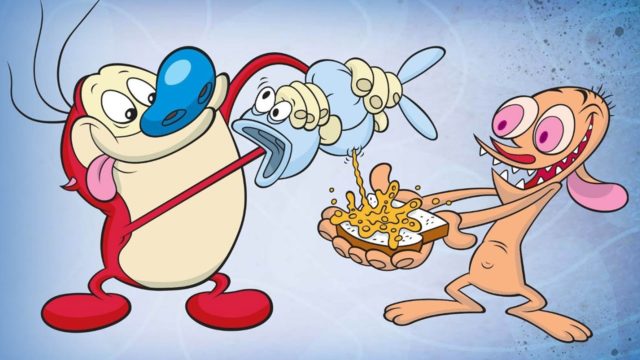 For all of the ’90s babies out there, we simply can’t forget all of the great television shows that were there to entertain us. Shows like Rugrats, Rocket Power, and Ren & Stimpy were often our go-to’s for a fit of giggles, and they bring back all of the nostalgia nowadays. Now, back to reality, we have been seeing many famous figures and celebrities who have been accused of sexually inappropriate behavior, and the next on the list is that of John Kricfalusi. If you don’t recognize the name, John Kricfalusi is the creator of “Ren & Stimpy”, and he has recently gotten himself into some hot water after being accused by not one, but two women who say he preyed on them. In this article, we are going to bring you through the details of this misconduct case that has now come to our attention.

The Victims And Allegations

The accusations are coming from two women, Robyn Byrd and Katie Rice, who were teenagers at the time that all of the inappropriate misconduct happened. According to these one of the women, Byrd, the behavior first started with an innocent letter to her then hero, Kricfalusi, at the young age of 13. The friendship between the two was simple, with Kricfalusi answering her letters in the mail, even sending her gifts over the years to help with her love for animation. Then, when she was 16, she was invited by Kricfalusi himself to visit the studios to see the action happen in real life. While visiting, she stated that Kricfalusi inappropriately touched her on her genital areas while she lay on a blanket. She eventually ended up getting an internship from the creator at the age of 16, and by seventeen, she was living with him as his girlfriend as well as his intern. She eventually got away from the harassment and misconduct, leaving the animation business altogether in that wake.

When the allegations first broke out these twenty years later, Kricfalusi’s lawyer was quick to respond to the backlash. He has stated that during that time period, and during the ’90s in general, Kricfalusi was suffering with many different struggles that he would later have diagnosed as mental illness back in 2008. Along with the statement about mental health issues, Kricfalusi’s lawyer also stated that he heavily relied on alcohol and medication during that time to help him get through those struggles.

Needless to say, it seems as thought here will be no stopping this renegade that is the accusations and allegations of sexual harassment and misconduct that has plagued our entertainment industry as well as others all over the world for quite some time. We can only hope that these movements we are seeing in our society today will help to bring awareness, and stop these incidents from happening again. Make sure to stay tuned for more information about the case against John Kricfalusi, as well as other famous figures that are facing similar allegations.