Home
Movies
Creed 3: How Will It Work And Will It End The Rocky Franchise? 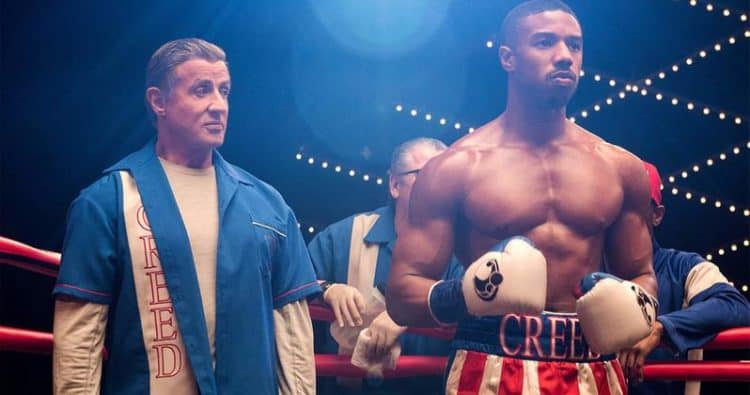 One of the biggest surprises for movies in the last decade was the 2015 movie Creed. I wasn’t even born when the Rocky movies began, but Sylvester Stallone had no plans of stopping. Even when he made it to Rocky Balboa in 2006, I was still a young kid. At that point, I just figured those movies have long overstayed their welcome. Now don’t get me wrong, I am very much a fan of the Rocky movies. I get the message behind the story of Rocky, but that message kind of dwindled as the series progressed. At first, it was all about the down-on-his-luck underdog going the distance and shocking the world. After that, it slowly became more about Rocky beating up bigger and tougher opponents because he tries his best. They were still entertaining movies, but they lacked the heart the first movie had.

Oh, and then Sylvester Stallone gave us Rocky 5. I’m pretty sure he regrets that, rightfully so, but he still made a great legacy for the Rocky character. Well, nine years later, Rocky’s story was continued, but as a supporting character. No disrespect to Stallone, but let’s face it, he’s too old to be the unstoppable slugger Rocky Balboa. However, that doesn’t mean his story can’t be expanded on.

When we got the first Creed movie back in 2015, I didn’t know what to expect. I actually like the Apollo Creed character as much as the next guy, but I thought he carried the series more than Rocky himself. Just think about it for a minute and ask yourselves what the best Rocky movies are. You ask me, they are the ones with Apollo Creed in them. Even in Rocky 4, the one where he sadly died, his death was the driving force that led to Rocky fighting Ivan Drago. And what happened after Rocky 4? Oh, that’s right, the worst Rocky movie in the whole franchise. Yeah, Rocky Balboa was decent, but it didn’t stand out like the Creed movies.

And going back to the very surprisingly good and first Creed movie, I walked into it just expecting the same old Rocky routine. We did get that, but it still separated itself from the formula that made Rocky a staple for sports dramas. How? Well, Rocky wasn’t the main character, and he was enjoying retirement and running the restaurant named after his deceased wife, Adrian. Rocky was enjoying the quiet life, until a young and aspiring boxer visited his restaurant to talk to him. That young man’s name was Adonis “Donnie” Creed, the illegitimate son of Apollo.

In that moment, everything changed for both Donnie and Rocky. Donnie became the new fighting face of the franchise, and Rocky elevated to mentor status. He was the man in the corner for Donnie in most of his fights and the two formed a father/son-like bond. It makes sense, considering Donnie never got the chance to meet Apollo, but my point about Rocky’s first major opponent remains the same.

Apollo Creed is still the character who is keeping the Rocky movies going and now his legacy lives on through Donnie. Personally, I dig the Creed movies more than the Rocky movies. I love how Donnie tries to escape the shadow of his deceased father, while simultaneously trying to live up to his name. It’s really intriguing watching how it all plays out, especially when we get to Creed 2. Donnie avenged his father by defeating Viktor Drago, the son of Ivan Drago. He even managed to find a wife and the two now have a daughter together. The father life alone will be hard for him, because his daughter was born deaf. But will it be enough to leave boxing behind?

Well, that’s what we’ll find out in Creed 3. I’ve written about on whether or not if we need the third movie, but if we get it, I’ll still watch it. This will actually be Michael B. Jordan’s directorial debut, so this should be a highly anticipated movie. The only really downside is that there will be no Rocky. Can it even work without Rocky? On the surface, I would say no, but I’m willing to give Jordan the benefit of the doubt. Plus, I think Sylvester Stallone is busy writing something more Rocky-centric. This will allow Donnie to take full center stage and cement his legacy, so I think it’s a smart move.

But hold on, who will be Donnie’s next opponent? He got a serious handful with Ricky Conlon and Viktor Drago, with the latter seriously killing his body. This could put Donnie in a more vulnerable position than he’s ever been in. Is he past his physical prime? It’s likely, but we can only really find out when we see him go up against his next major opponent.

Speaking of which, rumor has it that Jonathan Majors is in talks for playing the main antagonist in Creed 3. I’m not too familiar with his career, but I know he’ll be playing Kang the Conquerer in the next Ant-Man movie. That alone gets me excited, but if these rumors are true, I’m very curious as to what kind of opponent he’ll be for Donnie.

Honestly, when I first heard this news, I suspected he would be related to Clubber Lang. That does sound kind of silly but if I’m being honest, the Clubber Lang character is just too cool to ignore. I remember when Sylvester Stallone wanted to have him cameo for Rocky Balboa, but that sadly never happened. Whoever Jonathan Majors is playing can be his son or just a distant relative. If he’s not, he can still be a fighter like him. He’ll dish out the nastiest trash talk that will get under Donnie’s skin and in the ring, he’ll be pure rage charging at Donnie like a wild bull.

That’s the kind of villain I picture Jonathan Majors playing. Or, if Michael B. Jordan really wants to push some boundaries, he can cast Majors as the half-brother to Donnie. Whoa, now we’re diving into some personal and sibling rivalry territory. Again, it does sound kind of ridiculous, but I said that when the first Creed movie was announced. And I also said that again when I heard Donnie would be fighting Ivan Drago’s son in Creed 2. I’ve been proven wrong twice, so I’m willing to let Jordan tell the story he wants. If Jonathan Majors is really playing his next opponent, I hope he’s Donnie’s biggest challenge. If he is, then it can end Donnie’s story on a very high note. But let’s be honest, knowing the Rocky franchise, I doubt his story will end after the third movie.