Home
TV News
The Curse of Oak Island Season 6 Looks Likely: What Can We Expect? 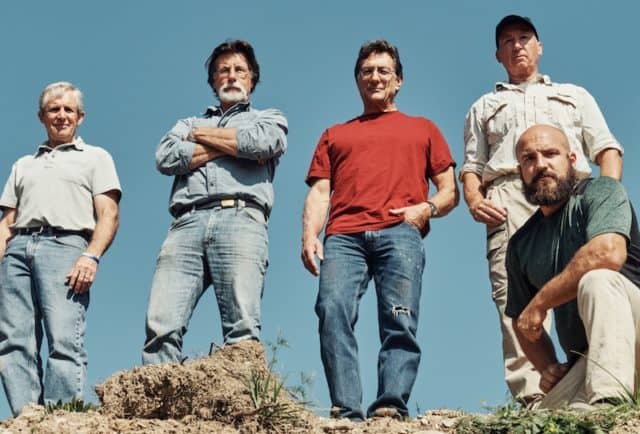 There are two main reasons why The Curse of Oak Island season 6 is going to happen, and that’s ratings and money. The higher the ratings, the more money, the more money, the more likely it is that they’ll continue. There are other reasons of course such as the finds that happened in season 5 and the fact that the show has been getting a lot of attention from people that want to see just what the crew is finding. After all items such as a lead cross and gemstone brooch being found on an island like this don’t seem like they’d be just happenstance. Something else has to be there, especially in the Money Pit area, and the guys are bound and determined to find it.

So far the idea of season 6 isn’t set in stone but it’s almost for certain going to happen since people really want to see what’s being discovered. Also, since the show is bringing in so much money to the local area it’s being granted that much more leeway since it’s a big attraction to those that love to watch the show. Also with the talk of building a cofferdam around Smith’s Cove to further their investigations the team would be needed months at least to build the cofferdam and then go exploring. This would no doubt keep the interest of the viewers, especially if they went into the explanation of just why they were using the cofferdam and how it would help them to search for anything else of value. This show is one big gamble as people have already figured out since despite having already found a few things there is nothing guaranteed about this kind of life and the tossing of money at something that’s not sure is always a big risk.

But it’s also something that’s all guts or no glory and these guys are in it to prove that there’s something there. Some people might call them compulsive and obsessed and a couple of the guys might not even argue the point. Not everyone would be able to understand just why it is that they do what they do or how they can keep going on stories alone when it doesn’t seem like they’re getting anywhere. But the promise of finding something, anything, to corroborate those stories seems to be something that each man is willing to go to great lengths for. Again you might not understand it but you can surely feel the compulsion that drives them. If season 6 is to happen and there’s nothing saying that it won’t it will feature more footage of the Money Pit and Smith’s Cove for certain as they continue to try and plumb the depths to find whatever might be waiting.

Of course another reason why the show will likely be back is that there are still many other places on Oak Island to search. The guys could decide to start using other sites to see if they have any more luck. Who knows, the treasure they’re seeking could have been seeded all over the island just to throw people off.