November sweeps will be filled with all sorts of new episodes for all of your favourite CW shows. The network has put out a press release with episode descriptions for each week of November. You can read the synopses below, but beware, most of them contain mild spoilers. Where available, I’ve also linked to sneak peeks and photos of upcoming episodes that we’ve already posted. 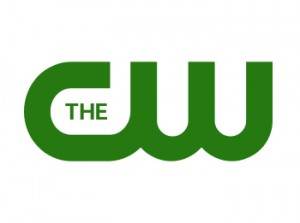 NIKITA – ‘The Recruit'(9:00-10:00 p.m.)
Alex (Lyndsy Fonseca) informs Nikita (Maggie Q) that one of the recruits has been activated to carry out a suicide mission. [view promo photos and a sneak peek]

Friday, October 29
SMALLVILLE – ‘Harvest'(8:00-9:00 p.m.)
Concerned about Lois'(Erica Durance) safety, Clark (Tom Welling) diverts her away from covering the Vigilante Registrations Act, but an angry Lois tells him that she can take care of herself. When a flat tire strands their car in the middle of nowhere, Lois ends up in serious danger. [view a trailer and a sneak peek]

SUPERNATURAL – ‘You Can’t Handle the Truth'(9:00-10:00 p.m.)
Sam (Jared Padalecki) and Dean (Jensen Ackles) investigate a series of suicides and discover the victims were being told brutal truths that drove them crazy.

GOSSIP GIRL – ‘War At The Roses'(9:00-10:00 p.m.)
Blair (Leighton Meester) is caught off-guard — and not in a good way — by a surprise guest at her birthday party. Musical guest Robyn performs in the episode. [view promo photos and a sneak peek]

Wednesday, November 3
AMERICA’S NEXT TOP MODEL – ‘Margherita Missoni'(8:00-9:00 p.m.)
Tyra informs the final six girls they will be moving to Italy. Upon arrival in Venice, the girls pose in their first group photo shoot on a gondola before heading to Milan where they visit their first Italian Fashion House, Missoni. Fashion designer and model Margherita Missoni is this week’s guest judge.

HELLCATS – ‘Back of a Car'(9:00-10:00 p.m.)
For their anniversary party, the Hellcats plan a 1980s party to celebrate, complete with costumes and a musical number by Vanessa (Sharon Leal). Savannah (Ashley Tisdale) decides she’s ready to spend the night with Dan (Matt Barr) and plans a romantic evening for the two of them, but things don’t exactly work out as she envisioned. [view promo photos]

Thursday, November 4
THE VAMPIRE DIARIES – ‘Rose'(8:00-9:00 p.m.)
Stefan (Paul Wesley) and Damon (Ian Somerhalder) come to Elena’s assistance and, in the process, learn surprising new information about people, vampires and events in the distant past.

Friday, November 5
SMALLVILLE – ‘Ambush'(8:00-9:00 p.m.)
The General (guest star Michael Ironside) and Lucy Lane (Peyton List) decide to drop in on Lois (Erica Durance) and Clark (Tom Welling) for a surprise Thanksgiving dinner. Clark and the General get off to a rocky start after Lois’father bashes the superheroes and tells Clark he is trying to pass a vigilante registration law. [view promo photos]

SUPERNATURAL – ‘Family Matters'(9:00-10:00 p.m.)
Dean (Jensen Ackles) becomes suspicious of Samuel’s (guest star Mitch Pileggi) motives, but Sam isn’t sold on the idea that their grandfather is doing anything wrong. The brothers go along on a hunt with Samuel and the other Campbells, but things go terribly awry. [view promo photos]

GOSSIP GIRL – ‘Juliet Doesn’t Live Here Anymore'(9:00-10:00 p.m.)
Chuck (Ed Westwick) and Blair (Leighton Meester) decide it’s in both their best interests to put the past behind them and end their vindictive games.

Tuesday, November 9
ONE TREE HILL – ‘Mouthful of Diamonds'(8:00-9:00 p.m.)
TONY GONZALEZ OF THE ATLANTA FALCONS APPEARS IN A CAMEO ROLE – Nathan’s (James Lafferty) career as an agent takes a big step forward when he visits Atlanta, and the drama between Brooke (Sophia Bush) and Sylvia (guest star Sharon Lawrence) finally comes to a head.

HELLCATS – ‘Finish What We Started'(9:00-10:00 p.m.)
MUSICAL GUEST FEFE DOBSON PERFORMS – Savannah (Ashley Tisdale) is furious with Marti (Aly Michalka) for keeping a secret about Dan (Matt Barr) from her so she goes home for a couple days to cool off and reconnect with her family. Meanwhile, Marti is conflicted over her feelings for Dan and Lewis (Robbie Jones), and focuses on Travis'(guest star Ben Cotton) case to keep her mind occupied. Musical guest FeFe Dobson performs.

Thursday, November 11
THE VAMPIRE DIARIES – ‘Katerina'(8:00-9:00 p.m.)
Katherine’s (Nina Dobrev) past is finally revealed when Elena (also played by Nina Dobrev) puts herself in a dangerous position as she searches for the truth about what her own future may hold.

Friday, November 12
SMALLVILLE – ‘Abandoned'(8:00-9:00 p.m.)
TERI HATCHER GUEST STARS AS ELLA LANE – Lois (Erica Durance) finds a video made for her by her mother, Ella Lane (Hatcher), before she died. After watching the tape, Lois makes a drastic decision about her relationship with Clark (Tom Welling) that takes her to the Fortress, where she comes face to face with Jor-El and Lara.

SUPERNATURAL – ‘All Dogs Go To Heaven'(9:00-10:00 p.m.)
Dean (Jensen Ackles) and Sam (Jared Padalecki) investigate what seems to be a werewolf killing but turns out to be a skinwalker (guest star Andrew Rothenberg) posing as a family dog who is taking revenge on his owner’s enemies.

Monday, November 15
90210 – ‘They’re Playing Her Song'(8:00-9:00 p.m.)
Teddy (Trevor Donovan) begins to feel more comfortable in his own skin and decides to visit a bar in West Hollywood where he soon realizes he forgot his wallet and is forced to turn to Ian (guest star Kyle Riabko) for help.

HELLCATS – ‘Pledging My Love'(9:00-10:00 p.m.)
DEBBIE ALLEN DIRECTS – A compromising picture of Alice (Heather Hemmens) is sent around school, humiliating her. Lewis (Robbie Jones) feels bad for Alice and agrees to help her find the culprit. The two discover Damian (guest star Josh Emerson), a football player, is the culprit and she vows revenge and plans to out him after she finds out he is gay. Red (Jeff Hephner) and Vanessa (Sharon Leal) hear of her plan and set out to stop her before she does something she will regret.

Friday, November 19
SMALLVILLE – ‘Patriot'(8:00-9:00 p.m.)
DC COMICS CHARACTER AQUAMAN RETURNS WITH HIS WIFE MERA; TOM WELLING DIRECTS AND MICHAL HOGAN (‘BATTLESTAR GALACTICA’) GUEST STARS AS COL SLADE. – In an effort to protect the rest of the team, Oliver (Justin Hartley) decides to register for the Vigilante Registration Act to see what the government plans to do with the new law. As he suspected, it was a trap to lure superheroes to an undisclosed location where he is confined to a jail and subjected to a battery of brutal tests under the supervision of Col. Slade (guest star Michael Hogan, ‘Battlestar Galactica’).

SUPERNATURAL – ‘Clap Your Hands If You Believe'(9:00-10:00 p.m.)
FAIRIES! – While Sam (Jared Padalecki) and Dean (Jensen Ackles) are investigating a UFO sighting, Dean is abducted from a crop circle. However, when he awakens, he discovers he isn’t dealing with aliens, but fairies! Unfortunately, only Dean can see the fairy that keeps attacking him which makes tracing and stopping them difficult.