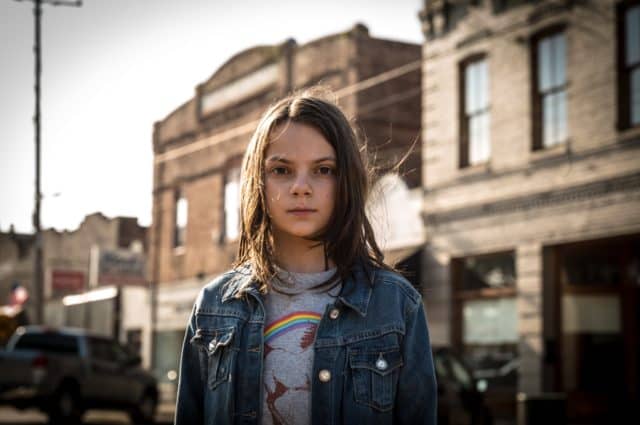 I’m about to bring something up that many people already know but I could be considered sexist for bringing it up.Â  I don’t care because I know I’m not sexist despite what you’re about to read. Â  It’s Hollywood that created this ridiculous standard and screwed up in the first place.Â  Hollywood is just like high school or any other dating scene that’s completely superficial.Â  Let me explain using complete and utter generalities and stereotypes of the superficial male AKA Hollywood’s top brass.

Most men think of women in a sexual way.Â  This much we know.Â  But let’s break it down in terms of how society (men) view women.Â  Here are some super general generalities about women that I will translate into Hollywood speak in a moment

Again, these are completely chauvinistic points of view but let me translate into Hollywood speak

So why am I even bringing this all up?Â  Simple.Â  I could draw out a way more complex model but I wanted to bring up Dafne Keen.Â  She just landed another movie role after her debut in Logan.Â  It’s in a movie called Ana which stars she and Luis Guzman.Â Â Â  Now let me point to another actress.Â  Abigail Breslin.Â  She was cute once but now she’s not super attractive by Hollywood standards.Â  She’s also not that great an actress.Â  So what happens?Â  Now she’s doing TV movies.Â Â  Breslin’s path could have only changed in two ways.Â  First, she became a great actress or two, was more attractive.Â  But now things are just downhill for her and after Dirty Dancing I predict you won’t see much of her again.Â  On the opposite side, look at the Fannings.Â Â  They became attractive by Hollywood standards AND are solid actors.Â Â  They should have careers for a while.

So what does this have to do with Dafne Keen?Â  She’s too young for us to know how attractive she will become but if I’m her agent I’m sending her to every single acting class in the world if I want to ensure she has a career as an actress.Â Â  That is, unless she becomes insanely attractive in which case it won’t matter.Â  Does everyone follow this?Â  I wrote it in 10 minutes and have zero desire to edit.

I’m not saying I like anything I even wrote, but I think that’s pretty much how it works in Hollywood (and probably elsewhere as well).