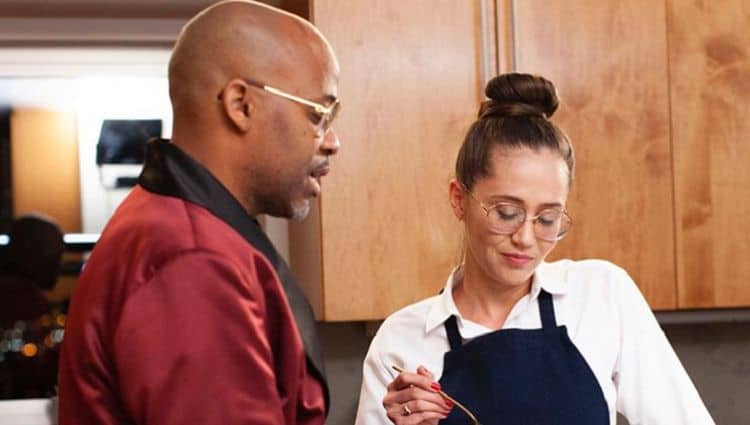 With all the people that are out there to take note of it’s easy to lose sight of a lot of them and perhaps not even care about about half of them. Damon Dash though is someone that you might raise your eyebrows at since he has lived kind of an interesting life and is someone of note that a lot of people know something about. They might not know everything but then again there’s a lot of about some of the more high-profile people in the industry that many folks might know little to nothing about. That makes it fair to state that he’s someone, but he’s more of a somebody to others that really get into the industry and all its workings and happen to know what his name means to many people. He has done a few things in his life that are worthy of note, or at least make him a character of interest and thereby justify a list of things to be written about him.

Here are a few things about Damon you might not have known.

10. He learned how to earn his way up from a young age.

Damon wasn’t lax when it came to earning what he wanted as he would take on small jobs that would pay him enough to save up for the stuff that he desired. This proves that he does have initiative and has had it for a while now.

Being there on the ground floor of greatness is something that some folks might scoff at and think of as nothing more than just the opening act to a life that could have been something great, but to be honest it’s enough to say that he was there when Jay-Z was really starting to light it up and had something to do with it. There’s a lot of pride to be had in saying that you were there in the beginning of something.

8. Up until her untimely passing Damon was dating Aaliyah.

It sounds as though the two had plans to marry, but obviously those plans were derailed when the untimely accident happened. A lot of people still listen to Aaliyah’s albums and tend to miss the singer horribly.

This sounds like a rather low number doesn’t it? But after all the legal trouble he’s had in the past it makes more sense than you might think since while he did have it pretty good at one point, and he’s still not in the ditch at this time, his good name and reputation have both taken a beating at times.

6. He actually sent himself to boarding school.

If you know anything about the street it’s that those who manage to get the kind of education that’s not from a public school and costs a good deal of money isn’t exactly looked at as a ‘street education’ and thereby lowers a person’s street cred considerably. Obviously he worked past that but the mark it put on his record at first was an obstacle he had to work past.

In terms of how old he is Damon is still a middle-aged man with a lot of verve left and a good deal of energy still remaining to keep the lifestyle that he’s grown used to going. But as he continues to get older things keep happening and it’s not for certain how this affects him.

4. His ex-wives have been trying to get his settlement money from Lee Daniels.

The whole issue with Lee Daniels and Damon trying to squash a lawsuit is kind of another thing on its own, but at this point his ex-wives are trying to cut out the middle man, in this case the middle man being Damon, to try and get money that they claim is owed to them.

3. It sounds like Damon owes a great deal in child support.

If you listen to his exes claims they say that he owes each of them hundreds of thousands of dollars in back child support and are both ready to do what it takes to get the money that they’re owed. It also sounds like he’s paid around five dollars to each of them and nothing more. In cases like this it’s hard to know who to believe.

Damon has been in a few movies but it almost feels as though he’d need to be pointed out to some people as they might not recognize him considering that he’s not a big-name celebrity when it comes to Hollywood.

1. Damon and Jay-Z had a falling out years back.

You could say that money had a lot to do with this, but that seems like a simple explanation that’s hiding a lot of other issues.

He’s a big name, to those that know about him.