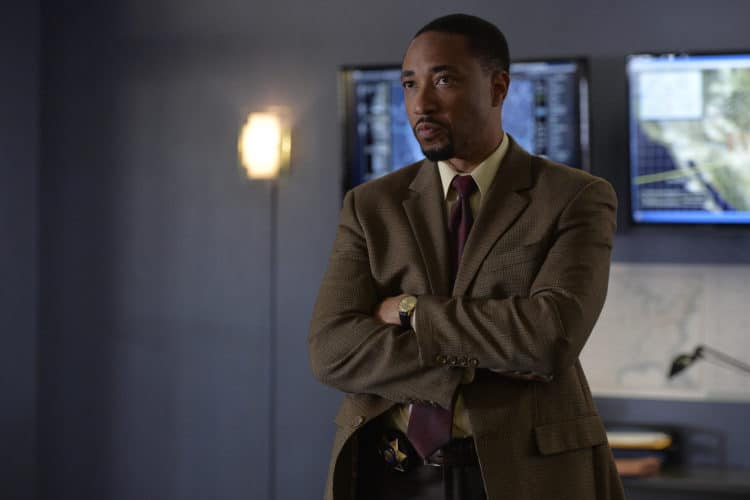 A fourth season of Black Lightening may be coming, but one actor that won’t be returning to the superhero hit is Damon Gupton. Despite playing the role of Inspector Bill Henderson since the series debuted in January 2018, Damon was told at the end of 2019 that series 3 would be his last. Fans shouldn’t despair too much: Damon’s already been hard at work on the audition circuit and can shortly be seen on the upcoming TV miniseries, A Higher Loyalty, adapted from FBI director James Comey’s book of the same name. Find out more about the actor with these ten key facts.

After completing his high school education in Detroit, Michigan, Damon enrolled in a Music Education degree course at the University of Michigan. During his time at the university, he impressed the School of Music, Theatre & Dance Alumni Society enough to be awarded the Emerging Artist Award. After deciding to pursue acting further, Damon applied and gained acceptance on a drama course at the renowned Julliard School in New York. Not that he gave up on music in the process… in addition to studying conducting at the Aspen Music Festival and School with David Zinman and Murry Sidlin, he also attended the National Conducting Institute in Washington, D.C.

3. He was fired from Criminal Minds

On September 30, 2016, CBS announced it had cast Damon as its newest recurring cast member. After playing special agent Stephen Walker in the 12th season, he was fired from the show after just one year. Damon announced the news via Twitter, responding to football safety Tyvis Powell’s tweet ‘When obstacles arise, you change your direction to reach your goal, you do not change your decision to get there” with “I wanted to let you know I appreciate this as I just lost my job.”

Most of us know Damon best as an actor, but in certain quarters, he’s known more for his talents with a baton than he is for hitting his mark. After studying with Leonard Slatkin at the National Conducting Institute in Washington, D.C., Damon was named American Conducting Fellow at the Houston Symphony in 2004. Since then, he’s worked as an assistant conductor at the Kansas City Symphony, and acted as a guest conductor for a number of different orchestras, including the Detroit Symphony, Baltimore Symphony, the Cincinnati Pops, San Diego Symphony, the NHK Orchestra of Tokyo, San Antonio Symphony, Princeton Symphony Orchestra, and the Orquesta Filarmonica de UN. As well as taking him around the country as part of national tours, his abilities have won him a slew of awards, including the Robert J. Harth Conducting Prize, Mexico City’s third International Eduardo Mata Conducting Competition, and The Aspen Conducting Prize.

5. The Superman soundtrack inspired his love of classical music

Damon’s first exposure to classical music came in an unlikely form, but speaks volumes about his subsequent decision to pursue a dual-career in acting and music. “I became obsessed with classical music when my mom bought home the soundtrack to the film Superman,” he explained to IPR. Although he was too young to know he’d end up not only conducting that very same kind of music, but starring in a superhero smash hit of his own, there was something so compelling about the experience of listening to John Williams’ classic soundtrack, he never forgot it.

6. His first film was Unfaithful

Damon hasn’t limited his career to TV and film. In 2012, he starred in a Broadway production of Clybourne Park. His performance won rave reviews, with the final accolade coming in the form of an AUDELCO nomination for Best Supporting Actor.

8. He’s a fan of Tchaikovsky

As a conductor, Damon knows a thing or two about music. When it comes to choosing his favorite orchestral pieces, there’s one composer he’s a particular fan of. “I’m a huge Tchaikovsky fan,” he shared with IPR. “From the time I was (a kid), I’ve been in love with all those big tenor poems like Francesca da Rimini and Romeo and Juliet. The Tempest might be my favorite.”

9. He’s collaborated with some musical legends

While his career on TV and film has seen Damon work with some industry heavyweights (Paul Rudd, Leslie Mann, and Wesley Snipes among them), his music career has done much the same. Over the years, Damon has collaborated with a score of musical icons, including Kenn Hicks, Brian Stokes Mitchell, Leslie Odom Jr., Byron Stripling, Tony DeSare, Common, Marcus Miller, The Midtown Men, Kathleen Battle, and Jamie Cullum.

10. He thinks Black Lightning is the show for the moment

Black Lightning has enjoyed phenomenal success, something Damon thinks hinges on its very current themes of social justice. “I think it’s a time when people are starting to delve into community justice themes,” he explained to Fear Forever. “Black Lives Matter, #Metoo… all these movements are blossoming and I think that [Black Lightning] has embraced that is a welcome thing.”