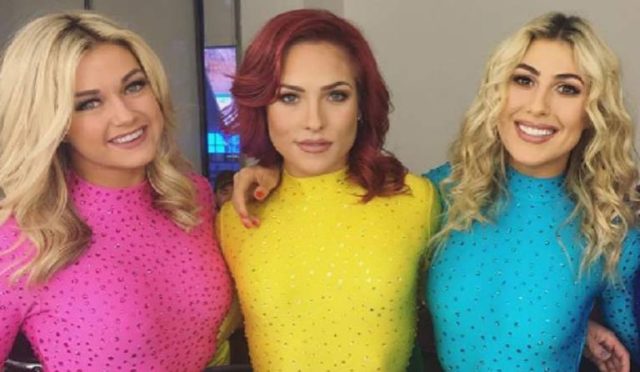 I’ve already mentioned how excited I am for Mr T. to be on Dancing with the Stars tonight.   I mean how the hell can you not be? But as every season does, a new name will always come out of the woodwork to stun the audience and capture its hearts.   This year people are speculating that person is going to be bull rider Bonner Bolton.

Bolton has already beaten the odds by surviving a near-fatal accident and overcoming paralysis after he broke his neck during a Professional Bull Riders competition in Chicago in January 2016. “I really did think I was going to die when I was face down in the dirt,” Bolton told TheWrap, recalling how he escaped death at the hooves of a 2,000-pound bull. “I heard a loud crunching sound when the impact came, and couldn’t feel anything below my neck. I knew I was paralyzed. I thought I wouldn’t see my family and friends again.”

If you think that Bolton is going to be the only story that emerges think again.  There’s no question in my mind that Nancy Kerrigan will be a huge focal point as will Simone Biles, but expect more than just these few to jack up ratings.   What else should jack up the ratings?  The performances themselves.  Every year routines get a little more complex, sometimes racy, and the dance partners get a little risky with the music.  If you’re interested in finding out what all the pairs will be coming out to tonight, check out the list below:  P.S. I’m by far most looking forward to hearing “What is Love” by Haddaway.  Great song and so money of Kattan to be using it Roxbury style.