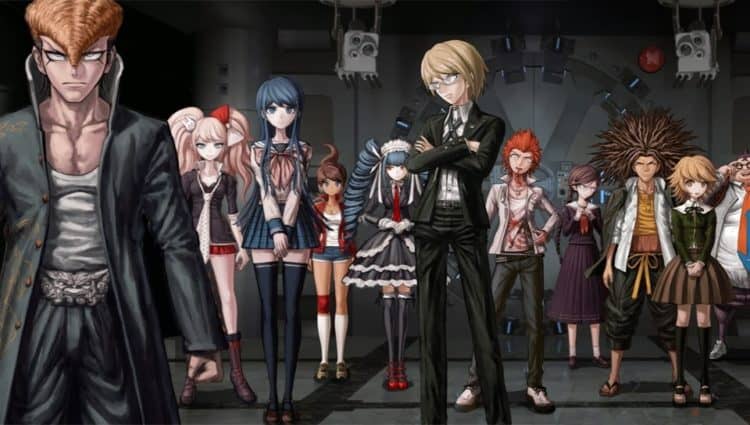 Danganronpa: Trigger Happy Havoc was developed by Spike, which both developed video games and published them. Spike is no longer in existence, but that is because it performed a merger with Chunsoft to create what is now called Spike Chunsoft, which remains very active in the video game industry.

2. Released for the PSP

At first, Danganronpa: Trigger Happy Havoc was released for the PlayStation Portable in November of 2010. However, its ensuing popularity ensured that it would make it way to more platforms in time. First, there were both Android and iOS in August of 2012. Then, there was the PC in February of 2016.

3. The Main Antagonist Is Monokuma

People who aren’t familiar with the Danganronpa series might nonetheless be familiar with its main antagonist Monokuma. This is because Monokuma is a very memorable teddy bear that happens to be divided into two halves visual-wise, with one half being adorable and the other half being evil. With that said, Monokuma isn’t an independent actor but is instead controlled by the villain behind the murder mystery.

4. The Main Protagonist Is the Ultimate Lucky Student

The setting for Danganronpa: Trigger Happy Havoc is a school that caters to the most exceptional students. The main protagonist is an exception to this rule because he managed to get in by winning a lottery. As a result, he has been designated the Ultimate Lucky Student, though in truth, he tends to be unlucky most of the time. However, when his luck does kick in, it can be pretty powerful to say the least.

5. Luck Turns Out to Be Critical

As it turns out, the main protagonist’s rather unpredictable luck proves to be critical for foiling the villain. This is because while the villain might not be the sanest person out there, they are nonetheless an excellent analyst of the situation. Unfortunately, random swings of luck aren’t really something that can be predicted, meaning that analysis becomes less useful under said circumstances.

6. Some of the Characters Have Had More of Their Memories Erased

The villain behind the events of Danganronpa: Trigger Happy Havoc has erased some of the memories of the students who have been trapped in the murder mystery. With that said, some of the students have had more of their memories erased than the others, which is by no means a matter of coincidence.

7. There Is More Than One Murderer

Monokuma is used to spur the students on to murder one another. Some of them succumb, which is why much of the game is focused on finding out which students were responsible for the murders that occur over the course of the story.

8. There Is a Bad Ending

Danganronpa: Trigger Happy Havoc has a bad ending that happens when the player accuses the wrong student at the wrong time. Curiously, avoiding this bad end requires the player to trust in someone who has been helping them with their investigations, meaning that there is very much a leap of faith involved. However, an argument can be made that this fits in very well with the themes of the game.

9. The Setting Is Post-Apocalyptic

This isn’t revealed until late in the game. However, the setting of Danganronpa: Trigger Happy Havoc is post-apocalyptic but not unsalvageable. Moreover, the cause of the apocalypse is connected to the murder mystery that the students are forced to undergo.

10. There Have Been Two Anime Series