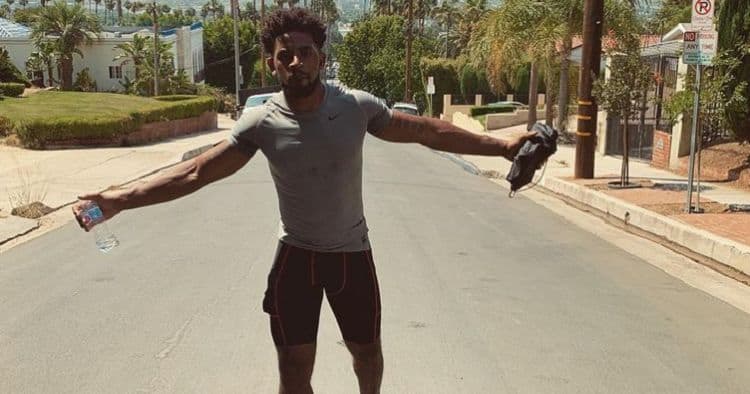 The saying “one man’s trash is another man’s treasure” doesn’t just apply to physical items. Sometimes it can apply to opportunities as well. Recently, it was announced that Daniel Augustin would be joining the cast of the upcoming TV series How I Met Your Father, which, as you may have guessed, is a spin-off of the popular sitcom How I Met Your Mother. The role was originally filled by Brandon Michael Hall, however, Hall had to turn down the opportunity to a scheduling conflict. Being in the show is going to be a great opportunity for Daniel to take his career to the next level by allowing him to share his talent with a wide audience. Keep reading to learn 10 things you didn’t know about Daniel Augustin.

Daniel was born and raised in Florida, however, both of his parents immigrated to the United States from Haiti. He is very proud of his Haitian roots and the culture has always played a big role in his life. Although South Florida will always be home, it appears that he’s currently based in California.

2. He Was In An Episode Of Grey’s Anatomy

At this point in his career, Daniel may not be a household name, but he’s already proven that he has what it takes to be part of major projects. In 2021, Daniel played a character named Chris Beaton in an episode of Grey’s Anatomy. Some of the other popular shows he’s been in are The Resident and Wu-Tang: An American Saga.

3. He Has Behind-The-Scenes Experience

Being in front of the camera is what comes with the most notoriety, but that isn’t the only thing Daniel is interested in. He also enjoys being able to tell stories from the other side of the lens. He has already directed and produced several projects and he also has one writing credit.

4. He Was A Great Football Player

Throughout his life, Daniel has gotten the chance to experience the best of both worlds. Before he really got into acting, sports were his main focus. He played basketball and football during high school and he was also a member of the track and field team. According to his bio on IMDB, he earned an athletic scholarship to play football at the University of Nebraska at Kearney. However, his LinkedIn profile reports that he went to school at Broward College so it appears that he didn’t accept the scholarship offer.

Not everyone is fortunate enough to have great relationships with their family members. Daniel considers himself among the lucky. In addition to his parents, he appears to have two sisters. Even though his schedule can get pretty hectic, he still loves spending as much time with his family as he can.

Now that Daniel’s career has started to gain some traction, there are probably a lot of people who are thinking about sliding into his DMs. However, those people might want to think again because Daniel is already spoken for. He is happily married to an actress named Sh’Kia. We don’t know how long they’ve been married but they seem to be going strong.

Daniel is all about living life to the fullest and he wants to make as many memories as possible. He loves to get out and see the world and he’s had the opportunity to do a good amount of traveling over the years. More than likely, he’ll get to visit even more places in the future.

Daniel isn’t the kind of actor who finds joy in sharing his business with the public. On the contrary, he has chosen to take a much more private approach. He hasn’t really shared any personal information on social media and it also doesn’t look like he’s done many interviews. This could change once his career starts to gain a little more traction.

Getting up and working out is never an easy thing to do, but it’s a little easier to be motivated when you think of all of the benefits that regular exercise has. Not only can it keep you looking good, but it can make you feel good as well. Daniel enjoys being able to get a good sweat in and he likes to take care of his body.

We weren’t able to find any information on when or how Daniel started acting. Additionally, we didn’t find anything to suggest that Daniel has taken any acting classes or done any other kind of training. However, he does have a bachelor’s degree in cinematography.