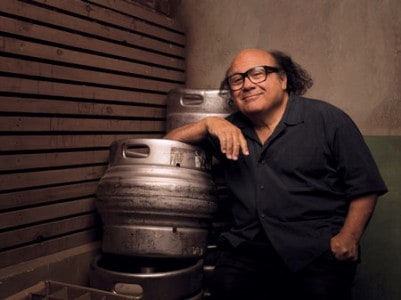 Frank may not have appeared too often in last night’s episode of It’s Always Sunny in Philadelphia, but Charlie Day did have quite the story to share about Danny DeVito when he visited Conan on Tuesday night. Over the years DeVito, who is now in his seventies, has had to pull off a lot of crazy stunts, always game to do whatever they ask of him. So when they told him that they’d be filming a scene underwater he probably didn’t even blink an eye. Day explained on Conan how this particular stunt ended up going very wrong:

“We did an underwater sequence, and Danny’s incredibly buoyant, like a buoy,” he said. “It was hard to get him down, so we really had to weigh him down to get the shot where we’re all holding hands. And when the shot was over and we were all trying to get back to the surface for air, we all quickly got through the water but because we weighed him down, he sort of got halfway and was going nowhere. And that look of panic in his eyes of like, ‘This is the end, these guys killed me.'”

In a lot of ways, it shouldn’t be surprising that the situations this cast find themselves in are ones that could easily come straight out of the show. After all, they say art is inspired by real life. Thankfully, there were safety divers on site to rescue DeVito, who promptly (and understandably) went home for the day.

Tune in to FXX on Wednesday nights at 10:00pm/9:00pm central for new episodes of It’s Always Sunny in Philadelphia.