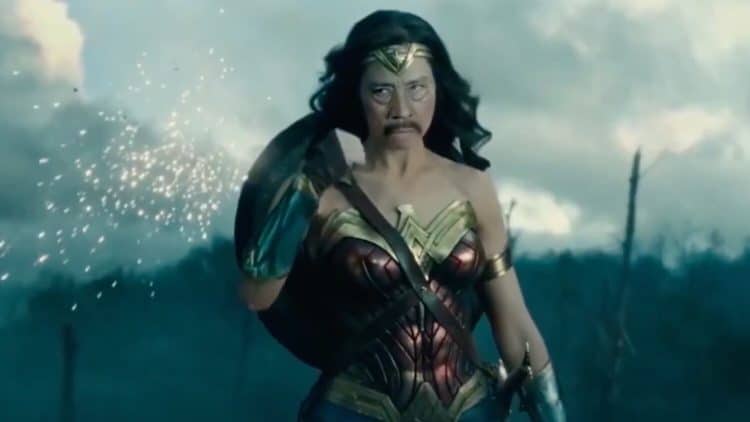 Yes, you just watched that, and yes, it was that cringe-worthy without apology since there are obviously some things that Deepfake can’t make look that impressive or that great. We’ve seen a lot of face swaps with Deepfake now and a lot of them have been rather impressive, but this one was just…wow. Most of the time when we see a Deepfake it’s something that’s more or less funny and impressive and does feel as though it could have happened had the right circumstances been present. But this, even Danny Trejo might find himself shaking his head after watching it since trying to imagine him in a Wonder Woman outfit at this point is something that might make you gag, without offense to Mr. Trejo. Let’s face it, the guy’s in his 70s and despite still being an awesome actor he is sagging noticeably and in reality, he couldn’t possibly pull this look off. But leave it to Deepfake to put that image in our heads, some of us at least. Hey, at least it is pretty funny and can be laughed at. After all, if a person doesn’t have a sense of humor they can always move on and be salty elsewhere, but it’s a lot more fun to simply laugh and enjoy it than to be a sourpuss and think that it’s insulting or even degrading. That’s the great thing about satire, it’s allowed to be funny but it’s not meant to be taken seriously.

Danny has been involved with DC as Breacher in The Flash, but apart from that, he’s done a lot of other stuff that’s non-related. But yeah, Wonder Woman was an odd choice for this since it brings to mind the thought that someone was tired, had few ideas to work with, and was just dinking around and came up with something that was completely off the wall. Great ideas have come from such musings, but this wasn’t exactly one of them even though it was interesting. Seeing Danny Trejo’s face on Superman or Cyborg would have been really impressive since it feels as though there would have been more expression. Wonder Woman is expressive, but not in this scene since striding boldly into a no man’s land, which is, of course, symbolic since she’s ‘no man’ and is striding across territory that no man has been able to cross, is something she appears to do with a defined sense of purpose that locks her features into a very set and serious look. I’ll go ahead and say it, Wonder Woman is a very feminist movie that’s more about empowering women and showing what a strong and motivated woman can do, but it’s also a movie that accomplishes this by using a superhero that is a very positive force and doesn’t always attempt to browbeat people with the idea that women are in fact quite strong and very capable. Diana’s naivete when it comes to the world beyond her homeland is a bit obvious though since she judges far too quickly and doesn’t take into account the imperfections that people have lived with in the world outside of her own for so long.

As a character, Wonder Woman is very certain of herself and what she can do and that she’s always bound to try to do the right thing, but as the sequel has informed us she’s not as perfect as she appears since she had to do some soul-searching as well before allowing Steve Trevor to slip from her grasp again so that the man’s body his spirit was inhabiting could go on living. The point is that as great as she is, Wonder Woman is still someone that has to deal with limitations at times, even if there are times that this doesn’t appear to be so obvious. If there’s another movie that bound to be made, and it sounds as though there might be, the hope is that she’ll be mostly the same but perhaps even wiser in some ways. There’s not a lot to really change about Wonder Woman since she’s been around so long that her wisdom, intelligence, and experience in the world beyond her birthplace are great enough that it’s easy to expect that she’s acclimated almost entirely and will change with the times just enough to keep herself updated to blend in like always. But whenever a third movie does come out it’s bound to be after the Justice League, which makes a person wonder if it’s bound to feature any cameos or guest appearances, or if DC is going to keep to the solo movie routine that it’s been doing recently.

That could depend on what happens with the Snyder Cut, or it could be that DC doesn’t want to go the same route as the MCU any longer. We’ll just have to wait and see.