Production on AMC’s Next Big Thing started last week, and genius writer/director Frank Darabont (The Green Mile, The Shawshank Redemption, The Mist) was nice enough to offer up some of his thoughts on the show. It’s comforting to know somebody that is taking the material seriously is helming, especially someone that understands characters. Television needs, nay, DEMANDS a great zombie series, and this could be it. 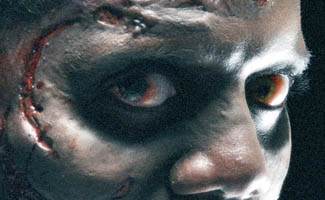 The Walking Dead as a six-episode series based on the comic book written by Robert Kirkman and published by Image Comics. The Walking Dead tells the story of life following a zombie apocalypse. It follows a group of survivors, led by police officer Rick Grimes, traveling in search of a safe and secure home. Andrew Lincoln (Love Actually, Teachers, Strike Back) will portray the lead role of Rick Grimes while actor Jon Bernthal (The Pacific, The Ghost Writer) will portray the character Shane, who worked with Rick in the police department before the zombie disaster. Other cast includes Laurie Holden (The Shield), who plays Andrea, one of two sisters who join the survivors of the zombie plague, Steven Yeun as Glenn, an expert scavenger and Sarah Wayne Callies (Prison Break), who plays Rick’s wife Lori.

The Walking Dead begins production in June in Atlanta with six, one-hour episodes for season one. The series is set to premiere in October 2010 during AMC Fearfest, the network’s annual blockbuster marathon of thriller and horror films. AMC announced development of The Walking Dead in August 2009 and announced the pilot in January of this year.