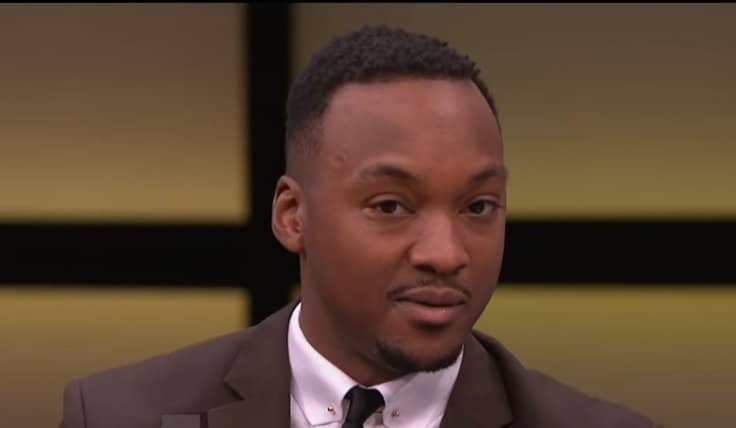 Being a pastor tends to mean that you’re held to a higher standard. This expectation is even bigger when you’re the pastor of a very well-known church. Unfortunately for Darnell Barrett, those expectations came crashing down on him when news broke that he shared some risque pictures with a volunteer at Hillsong Church. In addition to the questionable photo, rumors have also started to circulate that Darnell has been cheating on your wife. Amidst the drama, Darnell has stepped down from his position at Hillsong, and there’s no telling what the future has in store for him. Continue reading to learn 10 things you didn’t know about Darnell Barrett.

At this point in his life, Darnell is most well-known for being a pastor, but there was a time in his life where he was in a different world entirely. According to his LinkedIn profile, he was a hospital corpsman in the Navy from 2007 to 2012. We weren’t able to find any additional information on his military experience.

2. He Is A College Student

In addition to being a paster at Hillsong, Darnell Barrett is also a college student. His LinkedIn profile shows that he is currently attending Rutgers University in New Brunswick where he is studying communication and psychology. He is scheduled to graduate in 2022.

3. He Deactivated His Social Media Accounts

The internet can be a very cruel place, especially for those who have done something to portray themselves in a negative light. Although Darnell is typically active on social media, he has decided to deactivate his accounts in the wake of all the drama. There’s no word on if or when he will be back.

5. He Denies Allegations That He Purposely Showed The Volunteer The Picture

If you’re wondering how the picture of Darnell got out in the first place, the answer is pretty simple. He claims that he ‘accidentally’ added one of the church volunteers to his close friends on Instagram prior to posting the shirtless picture on his story. He then messaged the woman to apologize for accidentally adding her, but she felt that he purposely messaged her in hopes that she would go look at the picture. Darnell, however, insists that this was not his attention at all. Moral of the story, folks, you need to be very careful about what you put on the internet – even if you do think you’re only sending it to your ‘close friends’.

6. It’s Unclear If He’s Had Any Religious Education

Typically, in order to become a pastor a person must go study at a seminary or some other kind of theological school. In Darnell’s case, though, there’s nothing to suggest that he’s ever studied religion in a formal capacity. In general, we weren’t able to locate any information that details his qualifications.

Unfortunately, Darnell isn’t the only person who will be impacted by the backlash of this situation. He has two children although it’s unclear if they are both with his wife. Being a father is something that is very important to him and it may be difficult fr him to explain everything that’s going on.

8. He Was On The Steve Harvey Show

When Darnell located his father, it quickly became a newsworthy story. Not only was it cool that he was actually able to track him down, but it was even more interesting because they were only living a few miles from each other. Both Darnell and his father appeared on an episode of Steve in 2019.

Despite being the pastor of a megachurch, it appears that Darnell hasn’t shared much of himself with the public. Outside of the story about finding his father, there doesn’t seem to be much information about Darnell’s personal life floating around on the internet. Sadly for him, not his online footprint mainly consists of his recent picture ordeal.

10. Prior To Hillsong He Worked In Retail

Darnell has only been working at Hillsong for a little over two years. Prior to that, he was working at a store called Belstaff. The drastic career change is very interesting and raises even more questions about how Darnell got into the ministry and got a job at the church.