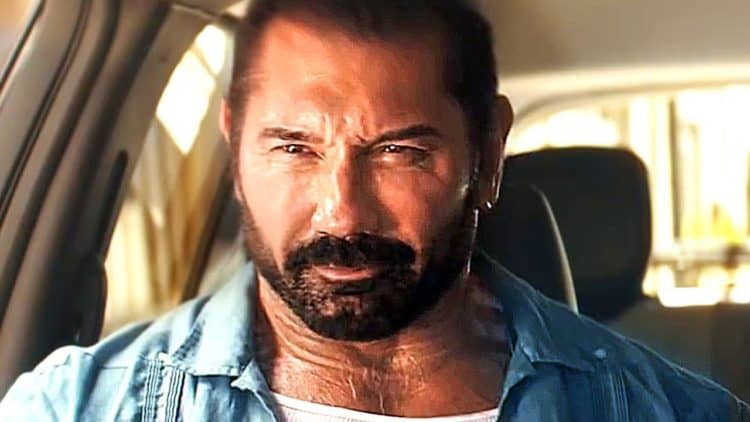 It’s time to be judicious since the idea of who the better actor is when it comes to talking about Dave Bautista and Dwayne Johnson is a topic that many people would want to weigh in on since some folks would pick one or the other. Personally, I would state that Dwayne Johnson often plays the same character in different situations, but he changes just enough to make each role fit the movie he’s in. Bautista feels like his career is still building, but thanks to his turn as Drax the Destroyer he managed to get a huge leg up, and his role in Blade Runner 2049, despite being incredibly short, was noticed by a lot of people and thought to be incredible. To be certain, each man has come a long way since their time in the WWE, and to hear Bautista throwing shade at Johnson is kind of funny really since if anyone remembers, and most people do, Johnson had kind of a rocky start, no pun intended I swear. His turn as the Scorpion King was great and awful in The Mummy Return since the CGI version was just terrible, while his turn in a solo movie wasn’t quite what a lot of fans were hoping for since it turned corny at one point. But wouldn’t you know it, the guy that didn’t think Dwayne Johnson was a good actor actually starred in another installment of the same movie that helped Johnson become a big star. That’s a heap of sour grapes coming from Bautista really since his own career has taken a while to get going as well, even though he started out on TV at one point and was seen in an episode of Smallville. It’s possible that it’s time for Bautista to really look at Dwayne’s career and see where he’s been and what he’s done and why he’s a better actor than that.

Dwayne has actually starred in quite a few movies, one of them in which he had to play a gay man, Be Cool, which appears to be a rite of passage for a lot of actors and is actually proof that a lot of them can act in a convincing manner since the character of Elliot Wilhelm had to be a tough guy with a gay lean to him that would come out every now and then. Dwayne played this role perfectly, and whether people like the movies he’s been in or not he’s typically put in a great performance that has made him stand out in a big way and has shown how he’s evolved into being more than just an action star. The Rundown was more than just action, so was Walking Tall, and several other movies that he has to his credit. Of course, he’s going to be in action movies more often, that’s the kind of person he’s used to playing and that’s where he tends to fit the best more often than not. Bautista is on his way up as well, and while he’s played several roles at this point he’s still often seen as the big, gruff guy that’s trying to play a role but somehow comes across a bit rough and not quite as believable just yet. He’s getting better, there’s no doubt about it, but throwing shade at anyone, even if it wasn’t that big of a deal, isn’t the wisest move in the world if your own reputation isn’t rock solid yet.

Both men are actually doing pretty well in the movies and have established themselves as big stars that were once wrestlers. Bautista and Johnson both dominate in the WWE at one time, and now they’ve come to the big screen to do the same, but the thing is, Johnson has been doing it for longer and his act has evolved a lot more than Bautista’s at this time, meaning that for whatever reason, Dave decided to pop off about a man that revolutionized the WWE when he was still making his way to the show and was lighting up Hollywood before Bautista had ever stepped out of the ring into the spotlight. There’s no need to insult either man since they’ve both been great in what they’ve done, and trying to compare their success isn’t that easy since both men have had incredible success with their careers. But when measuring sheer experience and success, and the level of evolution that both have undergone with their careers, Dwayne comes out way ahead, so maybe Bautista isn’t seeing everything he needs to see and is only making a judgment call based on what he has seen, instead of everything that’s there. It’s kind of hard to see the top of a mountain when you’re standing at the base after all, or still making your own climb.