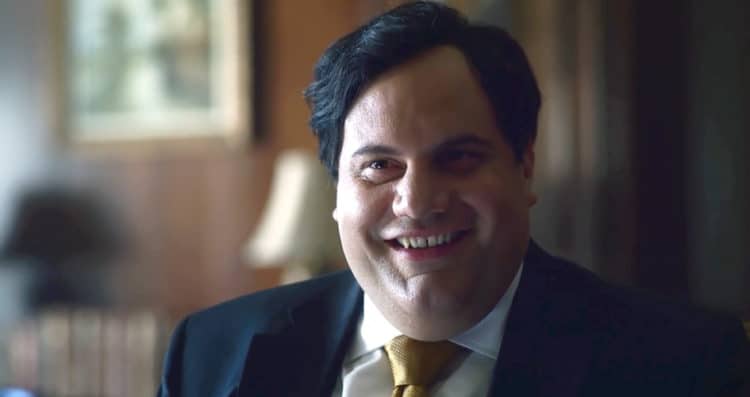 David Fierro has a great sense of humor, and he can make that translate from his real life to the men he plays on television. You know him from shows such as Hawaii Five-0 and Gotham, but he graces the screen so much more than in just those two shows. He’s a man who has serious talent, and he can make us laugh, he can make us cry, and he can bring every ounce of spectacular talent into each character he plays. But, most people don’t bother to get to know him more than just knowing he’s a great actor. We’re different. We want more. So, here’s all you need to know about this amazing actor.

1. He Went to Columbia

According to his biography, he’s a man with a stellar education. He attended Columbia University where he not only educated himself, but left with an MFA in his hands. That’s quite the feat at such a prestigious school. The classes are hard. The time it takes to earn great grades is overwhelming, and yet he did this for himself. He must be insanely proud.

When he was born, it was in San Francisco. He lived there with his family for many years, and he was a kid who liked his life there. The weather is questionable, the fog is dense, and sometimes it’s more difficult to get where you need to go in this city than you really care to bother with, but it’s part of the charm being part of a life like this one. It’s expensive, it’s beautiful, and it’s so much fun to live here.

When you think of a kid who plays little league, you think of someone who learns as they go. They either love the game or the like the game or their parents make them play the game, but they get to be on the team because their parents paid for it and that’s how it goes. Talent or not, if your parents are willing to pay the fee, you get to play the game. Well, that’s not entirely true for this man. He was rejected from playing Little League as a kid because he didn’t have the “spirit” for the game. We don’t know what that means, but that is something that does make us laugh a bit.

4. He Was Always Creative

It takes a creative person to become someone they are not in the world of acting. It takes someone who is willing to go within themselves to cast aside who they really are and become someone they are not, and he was good at that. After being told he couldn’t play baseball at the age of 10, he was instead cast in the “Li’l Abner” musical as Senator Phogbound. He was in love right away, and he never looked back at anything other than being creative and acting. He was spellbound, and he was determined.

5. He Loves to Travel

One thing he does when he’s not working is try to see the world. He’s a fan of getting out and seeing as much as he can as often as he can. He has a lot of favorite places, too, but he’s also someone who is willing to go where he’s not been before. He’s in love with places like Prague and Costa Rica, Barcelona, and many other places. He’ll continue to go where he’s not been before, but he will also continue to revisit places he loves.

In his spare time, which is not often, he also likes to go into the world of production and direction. He’s known to have some serious talent in both situations, too. He is known for directing many things, and he’s also known for acting in many of the same things. It’s not uncommon for those who are working in this industry to take on more than one role, as you cannot always put your eggs in one basket.

When he’s not busy acting in major roles or producing or directing his own work, he’s also known for doing things like working hard on other things. He’s a man who has done a few things on other shows, such as guest starring on some of the best shows on television. He’s credited as a gun maker on the hit show “The Blacklist,” in which he’s worked alongside the very famous, very talented, and very elusive James Spader. He’s also worked on “Grey’s Anatomy,” which is one of those dream-come-true situations for many who have watched this amazing show for so long.

He might have grown up in San Francisco as a California boy, but he is nothing but a New Yorker right now. He lives there, he works there, and he spends as much of his time there as he possibly can. It’s a great way to live, to be quite honest. He likes what he does, and he’s good at doing it. We love that, but we love it even more than he’s made such a spectacular city his home.

He’s gotten to work with some big names, and they seem to like him. There are no rumors floating around that he is difficult to work with or that he is a diva or anything like that. He’s someone who seems to have a good sense of humor, and he makes friends easily on the set. How do you get so many good roles otherwise?

This is not a man who likes to spend his time in the spotlight other than when he is not working. He is a man who knows how hard it is to keep his private life private, but he does a great job of it, regardless. He doesn’t spent much time out being photographed, he doesn’t over-share his life, and he’s good at keeping his two lives separate.