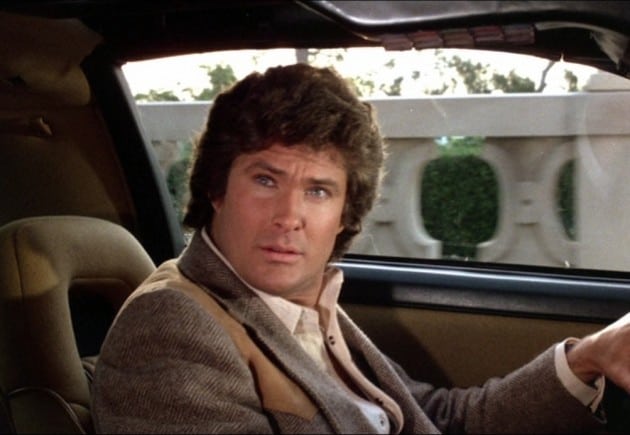 There are a lot of people who won’t remember Knight Rider but will have seen a reference to it or two in their consumption of modern media. For example, Agents of Mayhem had a trailer with a speech-capable car that was a clear homage to the franchise, though to be fair, the entire video game is a R-rated parody of a number of famous 80s properties.

Regardless, those who are not so familiar with Knight Rider should know that the franchise started with a TV show of the same name that was centered around a man named Michael Knight, who was played by David Hasselhoff. However, a good argument can be made that the real star of the TV show was not Knight but rather the Knight Industries Two Thousand, whose formal name was often shortened to the much more manageable KITT. By this point, most people should have guessed that KITT was a high-tech car with an AI created to combat crime as well as more than enough tools and weapons to overcome the problems that it might encounter.

Although the concept of a smart car is no longer so marvelous in modern times, Knight Rider was an excellent example of the sci-fi of its times, with the result that it went on to inspire not just a spin-off but also a number of follow-ups that used different characters but retained the same basic concept of a human-car team-up. In fact, there is a Knight Rider reboot that is being developed by Machinima, YOMYOMF, and NBCUniversal Brand Development at this moment, though it remains to be seen whether it will be worth watching or not.

What Is David Hasselhoff’s Proposal for Bringing Back Knight Rider?

Recently, David Hasselhoff has stated that he would be interested in bringing back Knight Rider with him reprising his role as Michael Knight. To be exact, he spoke to Robert Rodriguez of Machete and Dusk til Dawn fame about returning to either the TV screen or the movie screen as Michael Knight in something similar to Logan. Said movie was a superhero western that saw a much older and much more worn-out version of the titular character protecting a genetically-engineered child from the people hunting her, meaning that a Knight Rider reboot similar to Logan would presumably have a much darker and much more down-to-earth feel to it.

There is a wide range of ways that Hasselhoff’s statement can be interpreted, meaning that there is no real way to tell whether his proposal has merit or not. For example, a Knight Rider reboot featuring an old, worn-out Michael Knight riding out one last time with an old, obsolete KITT for the sake of doing the right things sound like it could have potential. In contrast, a Knight Rider reboot that went darker and more down-to-earth by reducing KITT’s presence would be a disaster because said car was in a lot of ways, the heart and soul of the franchise. Regardless, while one should not expect to see Hasselhoff returning to either the TV screen or the movie screen as the lead of a Knight Rider reboot anytime soon, there is enough nostalgia for 80s properties that one should never say never.